The Problem with “Thoughts and Prayers” 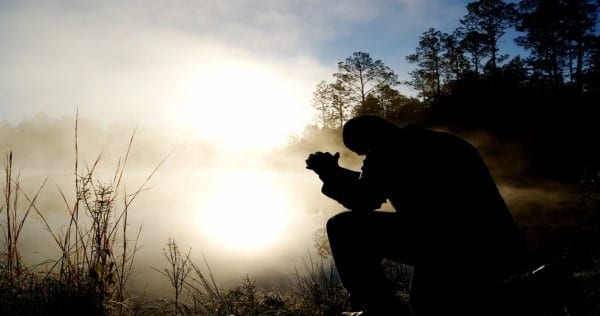 The use of the phrase “thoughts and prayers” in the wake of mass shootings and other devastation has become practically autonomic. The phrase is nothing new, but our betrayal of its meaning is an increasingly annoying phenomenon, particularly with the rise of social media.

We don’t normally use it anymore to show that we’ll actually do anything. We don’t use it to signal to victims’ families that we’ll march until we can’t stand if it means delivering a better world in their memories. Instead, this phrase has become tedious, empty and cynical. We’ve let it become a wedge issue all on its own — like when people fool themselves into thinking they’re standing for something when they say “Merry Christmas” instead of “Happy Holidays.”

“Thaddeus of Warsaw” was published a few years before the American Civil War, which saw an uptick in public uses of the phrase. The 1900s saw another during the Clinton administration. Like America’s cynical addition of “In God We Trust” to our money in 1956, the question isn’t whether words carry power and weight. It’s how long we’ll remain satisfied reaching for comforting words instead of actually rolling up our sleeves and getting some work done.

And what is this “work,” exactly? It’s twofold. It begins with convincing the public of the truth, which is that the presence of guns makes us less, not more, safe. Hardening our restrictions on who can purchase and conceal a firearm is not an assault on decency — but using stonewalling, rhetoric and misappropriated religious language to protect the profit margins of gunmakers definitely is.

A Balm for Our Fragile Psychology and Nothing More

Rationalization is a powerful human tendency. It’s a skill we deploy to make sense of tragedies and excuse our worst behavior. We’ve been rationalizing war for thousands of years. When a child succumbs to a deadly disease, it is rational for parents to feel grief. What’s not logical is telling ourselves that child’s death was acceptable because they might be “in a better place” now.

In a world where an ever-larger number of people prefer to believe in what they can see, these platitudes are insulting. Moreover, they compromise the very reason we chose to string these words together in the first place. Saturating our culture in the phrases “They’re in a better place now” and “My thoughts and prayers are with you” is a kind of rhetorical suicide. You might also know it as “semantic satiation” — the repetition of a phrase so many times that it doesn’t even mean anything anymore.

Such is the fate of “thoughts and prayers.” There’s no reason to doubt people began saying this phrase with the best of intentions. But here’s the thing. When you or I say the phrase, “You’re in my thoughts and prayers,” we might even mean it. But do our leaders? Or have they merely figured out how to turn our own malaise and inertia against us? Each of us wants to believe things are on the up-and-up and that somebody’s in charge, somewhere, who stands a chance at changing things for the better.

But nobody is. America is rudderless and without true moral leadership because our country has finally, willingly, fulfilled one the oldest dreams of the ruling class — the final dispossession of any scrap of political will among the electorate, and its replacement with rhetoric and fake platitudes that feel good but are ultimately inconsequential. When nearly any politician in America says the words “thoughts and prayers,” it’s a public promise to change precisely nothing.

And make no mistake: trying to pray away the problem of public violence, while ignoring the social and economic trends underpinning it, is bringing harm to the churchgoing community, too. In the wake of several attacks on places of worship, congregations now find themselves conducting security audits and adding surveillance technologies to their houses of worship.

We should be confronting the fact that America fetishizes bluster and violence in a wholly unique way. When we bow our heads and wring our hands, we might even believe on some level that we’re helping “fight the good fight.” But would we ever really want to see the annual data on unanswered prayers?

Many of the 110 billion people who’ve lived on earth died ignominiously. The circumstances of their departures left a lot of social, political and civic work unfinished. They couldn’t afford housing, medicine or food. Or, they were killed in the street while reaching for their car keys. Or they came back home from war, couldn’t re-assimilate, and took their own life with a gun. Suicides are the largest subsection of gun deaths. And although some world religions label suicide a sin, rather few of them spend any time campaigning for fewer wars in the world or fewer guns on our streets. If anything, their arguments often run in the other direction and sound a lot like warmongering.

If we believe in an afterlife, we can’t possibly believe any of the fellow citizens we’ve failed to protect are looking down at us fondly right now. Are these people resting easy, knowing we’re still praying over the same solvable problems that killed them? We might sleep a little better at night after whitewashing our consciences with a kindly word or prayer, but that’s an ill-gotten rest if we haven’t matched our words with works.

What Good Are Words Without Works?

Ironically, the Christian Bible points toward a better way. The book regularly describes Jesus Christ as a prophet “mighty in word and deed.”

Word and deed. Jesus didn’t just talk. He stormed into the temple and overturned the moneychangers’ tables himself. Compare this with the modern American, who appears willing to excuse nearly any amount of suffering and corruption so long as he, himself, can engage in “choice.” People like this actually believe owning a weapon is the loftiest expression of human freedom and the greatest gift democracy has brought the world.

Peace of mind, for people like this, can be had for a prayer and whatever a handgun and a box of bullets costs. But this particular kind of brinksmanship — this manufacturing of perceived safety through the accumulation of rhetoric and additional weaponry — is a luxury, when you get right down to it. And it’s a luxury which, for reasons too numerous to count, we just can’t afford any longer. 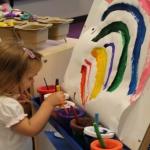 January 31, 2019 Schools Shouldn’t Be Able to Legally Discriminate Against Students for Religious Reasons
Recent Comments
0 | Leave a Comment
"He didn't like philately? Trump loves it!"
Jim E Jones The Business of Religion and Liberty ..."
""Probably there are no ardent anti-stamp-collectors to worry about"I wouldn't be too sure of that, ..."
Brian Shanahan The Business of Religion and Liberty ..."
"there is an age old question i just came up with:does religion make hypocrites of ..."
crackerMF Yasir Qadhi’s Elitist Ruse to Conceal ..."
"Land use is not set in stone. An area presently formed into Soccer Playing fields ..."
vortexau Yasir Qadhi’s Elitist Ruse to Conceal ..."
Browse Our Archives
Related posts from The Secular Spectrum