Miracles in the Eastern Traditions: Buddhist, Daoist, Hindu Connections in the Story of God

May 4, 2016 by Padma Kuppa
0 Comments
Miracles in the Eastern Traditions: Buddhist, Daoist, Hindu Connections in the Story of God May 4, 2016 Padma Kuppa

In the last episode of National Geographic’s The Story of God with Morgan Freeman, Freeman travels the world trying to understand the power of miracles. This time, when he travels to India, he examines the Buddhist understanding of miracles by visiting Bodh Gaya, where Buddha attained enlightenment. Freeman says he’s come to India to understand miracles and the “religion that believes we all have the mental power to perform miracles.” The Dalai Lama has often referred to Hinduism and Buddhism as sister or brother traditions, and not surprisingly, this comment could also have been applied to another tradition native to India, Hinduism. In this final episode, they also cover another perspective from an often-missed  spiritual tradition, Daoism (Taoism).

About 58 million people around the world identify with one of the following faiths: Baha’i, Jainism, Sikhism, Shintoism, Taoism, Tenrikyo, Wicca and Zoroastrianism: all together under 1% of the world’s population, according to the Pew Forum’s 2012 survey of the global religious landscape. (Hindus are about 15%,  Buddhists are about 7%). Despite this, the Story of God mini-series tries to bring out voices from a multitude of religions in these six one-hour episodes. Throughout the series, the common threads we share in our understanding of the Story of God comes through – and it becomes obvious that the Eastern traditions have a strong connection to one another.

In this specific segment, a Buddhist monk and Freeman have conversation around the idea of miracles; the story of Gautama Buddha, or the prince Siddhartha, is narrated. I had heard this story told reverentially by my parents, and even remember how my mother came back with shining eyes after her trip to the Bodhi tree, the tree where Siddhartha meditated and attained enlightenment. She explained that within the Hindu tradition, Buddha is often considered an avatar of the Divine Vishnu.

In covering the Daoist understanding of miracles, Morgan Freeman visits a fourth generation Daoist Fate Calculator who maps out his life chart and explains that “it is believed that the stars present when we are born provide the energy that guides the path your life will take.” The astrological underpinnings are similar to the Hindu practice of Jyotisha, explained here by Pandit Vamadeva Shastri, a Hindu scholar. He says, “Astrology in India is about auspiciousness, about connections, about sacred timing and being in a flow with the ebb and tide of divine forces.”  The ideas presented by the Daoist woman, who explains the interconnectedness we all have to one another, echo this and the Hindu concept that we are all part of a Divine family, as embodied by the expression from the Vedas, Vasudhaiva Kutumbakam.

The Vedas are one source of Hindu texts – they are authorless, a body of literature which is heard: śruti. The epic narratives of the Ramayana and Mahabharata are another part of Hindu religious texts, the Itihasas, which are smṛti – that which is remembered. In each of these epics, there are stories which are used to teach, containing valuable life lessons and Hindu philosophical teachings, on dharma, ritual, and more – often heard at grandmother’s knee. A couple of such stories immediately come to mind from the Ramayana and Mahabharata when I think of miracles: that of Ahalya, and another with Draupadi.

Ahalya was a beautiful woman, married to the great Hindu sage Gautama, and turned to stone through a complicated story of desire, duplicitousness, anger and adultery. During the course of the epic, the royal prince Rama, the hero of the Ramayana, is in exile and walking through the forest. His foot brushes the stone Ahalya, and brings her to life. This miracle occurs because Rama is dharma embodied, an avatar of Vishnu, and his touch is purifying and life-restoring: faith in God as Rama is redemptive, liberating. Draupadi, a main character in the Mahabharata, is also royalty – and part of the Pandava family. The backdrop of Draupadi’s Vastrapaharanam, as the story is sometimes called, is the final stages of a game of dice amidst an ongoing family feud between the Pandavas, and their cousins, the Kauravas, who are attempting to usurp the entire kingdom. Draupadi is brought into the main court, in order to be disrobed and shamed. As her sari is pulled off, she throws her hands up in the air, instead of holding on to the garment in a way to prevent it’s being pulled off, and seeks the protection of Krishna, the avatar of Vishnu, who is a key player in this epic. Krishna fulfills: a miracle occurs and her sari is never-ending. The Kaurava cousin who attempts to pull it off of Draupadi eventually faints in exhaustion; Draupadi’s faith in Krishna protects and saves her. In each of these, the miracle is a metaphor: trust in the Divine, the rest will take care of itself, things will be set right.

An article on National Geographic’s website, quotes religious scholar David L. Weddle, author of Miracles: Wonder and Meaning in the World Religions, in answering the question “What Do the World’s Religions Say about Miracles.” His explanation of miracles within Hinduism ties into the themes in these stories from the Ramayana and Mahabharata, and many others in the Hindu pantheon:

“wondrous acts are performed for the purpose of bringing spiritual liberation to those who witness or read about them”… [a miracle] “demonstrates the possibility of freedom from the limits of the material world and from the spiritual burden of the past.”

But it is Morgan Freeman who has the final word:

“Depending on how we define miracles – divine intervention, mastering mental power, [whatever]… Miracles give us hope… They drive us to create reality out of possibility…”

For more information regarding the National Geographic mini series The Story of God with Morgan Freeman be sure to check out the following links:

What other Patheos Bloggers are saying about it: http://www.patheos.com/Topics/The-Story-of-God 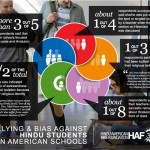