On Politics, Christianity, Crimes, and Sin 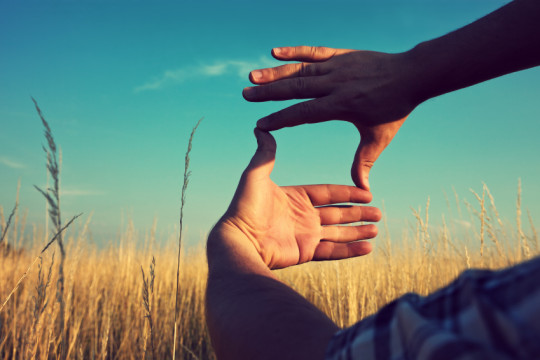 This one has been eating at me for a long time. I have been fighting the urge to write it for weeks. I have waited and waited and, though I’m not sure why, it’s coming out now.

Here is my thesis. Politics is killing Christianity.

I didn’t arrive at this conclusion haphazardly. These things have been gnawing away at me for over a year now. A growing number of Christians are feeling marginalized because they dare consider voting for someone other than a Republican. This pressure has existed for a long time, but it has been brought to light more in this current election season than ever before since, this year, Right Wing Christians are forced to support a very un-Christlike candidate. I’m not expecting, or really even trying to change any minds on this. But I would like to at least open some minds to the fact that there is more than one way to look at things…all things.

When asked how they could support someone so un-Christlike as Trump, many Christians  will cite one of several hot-button social issues, chief among them, abortion.

I have been astounded at how that one issue has become the fulcrum point on which so many Christians vote. I have wrestled with my own stance on abortion for years. I understand, completely, the distaste Christians (and many non-Christians) have for abortion. But I have come to a different understanding based on much thoughtful consideration. First of all, most Christian theology with which I am familiar espouses that a child who dies in the womb would go to heaven. I think that is a very key thing to keep in mind. Taken to the most logical end, let’s face it, most aborted babies, were they not aborted, would be born into a “hell on earth” scenario. Their home life and upbringing would likely be such as to make it very unlikely for them to find the path to Christianity. I will just leave that there and let it sink in a bit.

Another point that applies to abortion , and many other divisive social issues is this, and it is another really important one. Sin and crime are often two  very different things. It is entirely possible for something to be a sin, but not a crime. Does it not follow that a Christian can consider abortion a sin even if it is not crime? Adultery is not illegal, but most Christians certainly agree it is a sin. Yet, I hear no loud cry to make adultery a punishable crime. Coveting your neighbor’s possessions is a sin, but nobody is picketing the White House to have it made illegal.

Although I’m not terribly enamored with the phrase, many Christians like to say “love the sinner, hate the sin.” That seems easier with some sins than others, but should it be?

Intentionally driving faster than the posted speed limit is a sin because it goes against the law of the land (Romans 13:1-2). But most Christians I know still love and respect people who speed, even when they do it every day. They’d probably even vote for a speeder!

The Constitution protects the rights of the few against the will of the many. This nation was created so that people of all faiths, or no faith, could coexist under one government. As much as Christians would like to legislate by biblically moral principals, that is just not going to happen in a free country. In the long run, you have to look at that as a good thing. Would you really want our government to run religion? You may not like the brand they’d force on you. In fact, given our government’s track record, I almost guarantee you wouldn’t.

When it comes to social issues like abortion, gay marriage and such, where the church view is at odds with the law, I would love to see the church let them go as political issues. Give to Caesar that which is Caesar’s. The government has spoken on those issues. Sin will be sin and crime will be crime.

The onus should be on the Church to counsel people on social issues that involve non-Christians’ freedoms. If the government isn’t going to make something a convictable crime, it’s the Church’s job to win the hearts of individuals to convict themselves of a sin. If they don’t see it as a sin, then so be it. Love them anyway. That’s the way it’s done with all those “other sins” like speeding, for instance. The more political Christians get, the more people are driven away from the message Christians should be trying to spread.

People should be drawn to Christianity by the loving examples of the lives lived by its followers. I haven’t been seeing a lot of that happening lately.

Again, I am quite sure I didn’t change your heart, but my goal was to soften it, just a touch, so that one Christian won’t cast such a suspicious eye at another if they happen to vote for different candidates.