Christian, If You Want to Make America Great, Take a Stand Against the Hate 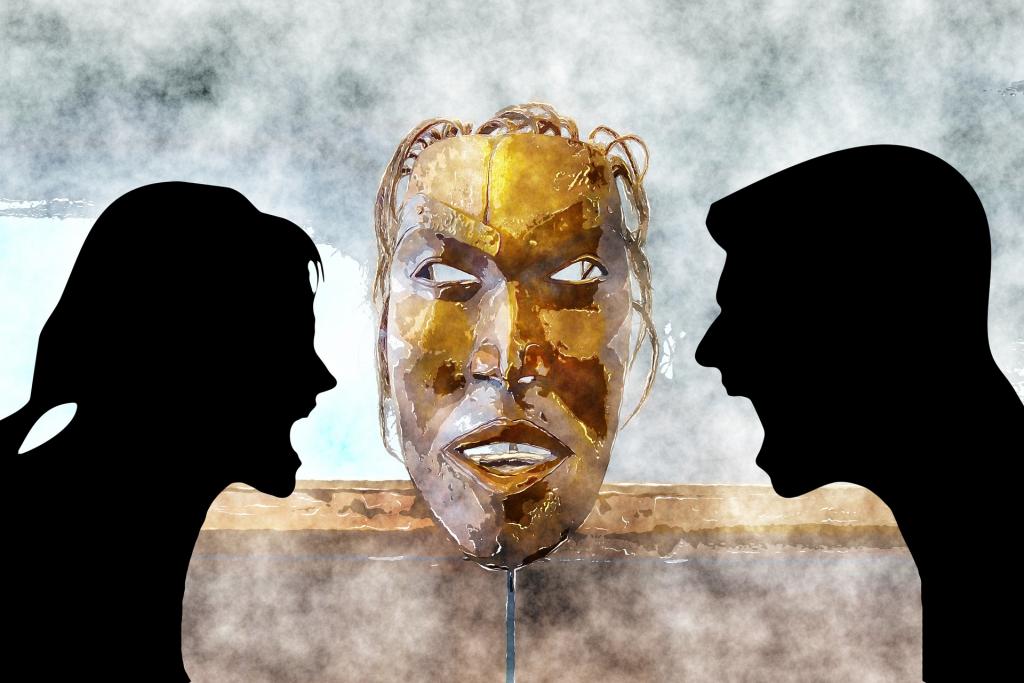 The imagery washed over me in waves of disgust, awakening me in the wee small hours–again. There was the ugliness of the mother with young children in a parking lot screaming racial epithets and cussing out a black man for having the nerve to start his car engine and startling her kids–there was the woman stopped at a traffic light, pulled up along side an Asian lady, window down, fingers mockingly pulling her eyelids back into slits, vitriolic, racist hatred spewing from her mouth as she complains about the way the “foreigner” is driving–there was the woman in the nail salon condescendingly lecturing the Korean-American staff she claims should learn to speak better English before they try to come to America–there was the hate-filled woman in line behind a Latino family, verbally deriding them for daring to try to live in her country and shop in her grocery store–there was the “Christian” man in the red MAGA hat who went out of his way to scream at and curse out a bookstore owner for operating an LGBQT friendly establishment–there was the KKK member explaining to a reporter as they stood before cross burning demonstration that the flames represent the light of Christ coming down from the cross to illuminate their way and empower them–all of these images and more–many, many more–shook me out of my bed at 3 a.m. and sent me here to my computer once again to try to sort out my emotions.

I’ve watched each of the scenarios I mentioned above shared on social media in just the last few days. I guess I’d be doing myself a favor by not watching these viral videos that are popping up with alarming regularity, but I can’t look away–I can’t just turn my back and look away–I can’t sit quietly and not respond to it–and, God help me, I can’t not call attention to the fact that our current president has created the volatile atmospheric conditions that have spawned these videos. I also have to point out, once again, that Christianity is being bastardized in this process. If you are a Christian who still supports the MAGA movement and you aren’t greatly troubled by the growing emboldenment of bigotry currently on parade in this country then I fear you are completely blinded. Look around at the kinds of people who are out and about supporting your cause. Are they really the kinds of people you want as teammates?

Yes, I know there is plenty of hatred coming from the left. I saw the clip of Robert De Niro saying “F*** Trump”. I saw the clip of Samantha Bee verbally attacking Ivanka Trump and calling her a “feckless c***”. I’ve seen many similar examples of that kind of vitriol coming from the left. While I certainly don’t condone that kind of behavior, I do see a huge difference. These types of comments are in reaction to injustice. While uncouth and sometimes over-the-line, their root messages are not unwarranted. They attack people in response to specific actions, not because of what color their skin is, what language they speak, what accent they have, or where they happened to have been born. While I wish they would measure their responses and cloak them in more civilized tones, I am not ashamed to have these folks as my teammates. While their comments may be vile, their anger is righteous. They are, in their crude way, attempting to stand up for the very people the MAGA movement is trying to ostracize and marginalize.

Conservative Christians, I know that you aren’t all hate-filled bigots–those of you I know best aren’t, I know that for sure. I know that many of the things you see resulting from the Trump presidency make you cringe, privately. I also know that you initially latched hold of the MAGA movement because you somehow were convinced that it would move Christianity more to the forefront of the national conversation and that you could not bring yourself to vote for the likes of Hillary Clinton. You weren’t thrilled with the antics of Donald Trump, but you saw Mike Pence as a godly buffer. You hoped he would be a good influence on the President. That hasn’t seemed to work out very well, but you feel bound to your decision and locked into riding it out. I suggest to you that the brand of “Christianity” that has been pushed to the forefront of the national conversation isn’t being shown in a good light. It has turned the word “evangelical” into a curse. Evangelical should simply mean sharing the good news of Christ’s love. What it has come to mean under the MAGA movement is something far more sinister–so much so that there is a very quickly growing movement of disheartened Christ followers who communicate under the social media hashtag of “exvangelical”–does that not give you pause? Does it not concern you that the age of Trump has so profoundly failed the true mission of Christianity that it has actually divided huge numbers from the flock and driven them underground in despair?

It’s not too late. We can still make America great by taking a stand against the hate. It’s time to take the true message of Christ–the message of love–and let it shine down from the cross, replacing the flames of hatred that now threaten to consume us. Let’s put this abysmal national mistake behind us. Let’s move forward seeking to live up to the true tenets of our nation–that all are created equal. Christians, let’s move forward and live up to the true creed of our faith and love our neighbors as ourselves–yes, even the least of them.

We are at a crossroads. There are currently more than a few “out of the closet” white supremacists running for office on ballots across the nation–there are, without a doubt, many more who have been clever enough not to “out” themselves yet–but they surely will if given a chance and a platform.

We have a huge opportunity to stand together and send a message in November. If we truly want to make America great, let’s vote out the hate.