Christians Should Be On the Front Lines of Environmentalism-So Why Aren’t We?

Christians Should Be On the Front Lines of Environmentalism-So Why Aren’t We? April 24, 2019 Shane Phipps 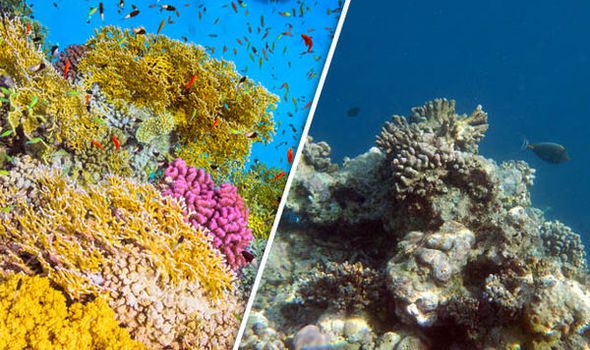 “But ask the animals, and they will teach you, or the birds of the air, and they will tell you; or let the fish of the sea inform you. Which of all these does not know that the hand of the LORD has done this? In his hand is the life of every creature and the breath of all mankind”

The Bible has dozens of verses about the environment. They all point to the fact that God was pretty pleased with what He created for us. Incumbent in that relationship is the responsibility to be good stewards of the Earth. Just look at the mess we’ve made of it. Of all people, Christians should be banging the loudest gongs to try to move towards a greener, more sustainable future. Yet, I see Christians, more often than not, belittling such proposals. They seem to support big oil, big coal and big corporations more than the idea that we are called, by God, to take care of this gift He provided us.

Scientists are in near complete agreement that human actions are speeding up climate change. At least some of the blame for the extremes we are seeing in the weather and climate lies at our feet. There have been attempts for decades to reduce our dependency on fossil fuels like coal and oil, but there are roadblocks placed before those efforts at every turn. People protest wind farms–not in our neighborhoods! People protest solar farms–not here! Why not, for God’s sake?

We continue to see the sea levels rising at alarming rates. We continue to see devastating hurricanes, floods, blizzards and fires. We continue to watch the oceans fill with trash as the marine creatures fight against extinction. The Great Barrier Reef–one of the most diverse wonders on the planet–is quickly dying. Half of it has died in the last 2 years. Marine scientists have estimated that 90% of the Earth’s ocean reefs will be dead by 2050. That will devastate an already quickly diminishing amount of marine life. The Ocean’s future is looking pretty bleak.

On land, we aren’t doing much better. Commonly used pesticides have devastated our honey bee populations. It’s gotten so bad that tech companies are now working on developing artificial drone bees that can be programmed to pollinate. How sad is it that we are having to recreate nature just to keep it going. Without honey bees and other pollinators, humans would be among the next species to go extinct.

So why aren’t more Christians up in arms about the environment? One must assume that it is their undying affiliation with the Republican Party. It is the GOP that continually blocks efforts to protect the environment. They are stitched-at-the-hip with corporations that make billions from fossil fuels and harmful chemicals and pesticides. Many Christians have been reeled in so effectively by their pet issues such as abortion or LGBT rights, they have lost sight of the far bigger issue of protecting the very earth God gave us. It’s high time for more to break free from that mindset and think forward.

I wrote a song about this topic on Earth Day. Please play the Youtube video below to listen and read the lyrics.

May 2, 2019 Desperate Donald is Working His Christian Supporters Even Harder by Dropping the "A Bomb"
Recent Comments
0 | Leave a Comment
"ONE THING TO NOTICE ABOUT THE MEME; NOT ONE STATEMENT FROM JESUS. ITS BEEN OBVIOUS ..."
Jim Hackett Right Wing Christian, You’ve Told Me ..."
"This is not about people judging or saying they're better. I am not a good ..."
Ryan Walker Defending My Politics with My Faith: ..."
""Deify" isn't anywhere in the OP, either in Phipps' own words or the material he ..."
Jennifer A. Nolan “In the World but Not of ..."
"Nice to know this, but this is a blog by a believing Christian, trying to ..."
Jennifer A. Nolan “In the World but Not of ..."
Browse Our Archives
get the latest from
Empathy Mining
Sign up for our newsletter
POPULAR AT PATHEOS Politics Blue
1