Sins of Our Fathers: The Ongoing American Tragedy 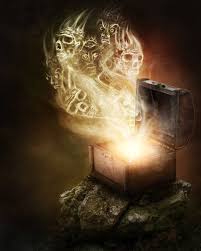 I miss the days when I was young and went to church completely ignorant of the fact that most of the people sitting in the sanctuary shared very different political views from my family. Back then, I never heard my parents and their church friends discussing politics much. We didn’t have the internet so there was no such thing as social media where church folk constantly reveal their political biases through the articles and memes they share. Back then, the right to a secret ballot seemed more sacred. I really don’t think my parents’ friends knew how each other voted. Maybe that’s a naive notion, but that’s how the Good Ol’ Days work, after all.

Within recent months, a lot more of my ignorance has been destroyed. The Netflix documentary, The Family, opened my eyes to just how deeply enmeshed the conservative Christian agenda is–and has been for many decades–with our government. And not just our government, but governments all over the world. Just as the Good Ol’ Days are a myth, so too is the concept of Separation of Church and State. It’s supposed to be very real, but it has long since been seized and neutered by a secret, cultish group of conservative Christians. The only thing standing between us and an official, rigid state-run religion is time and some members of Congress who still fight for our Constitutional freedoms. But make no mistake, there is a very organized effort to commandeer a super-majority in Congress to completely hijack the Constitution and turn this nation into a theocracy the likes of which the world has never seen. This plan has been in the works for the better part of a century. Watch The Family if you doubt me.

There is so much that we don’t know about the inner-workings of our government. The things we don’t know would chill us to the bone. We like to think of our government as the watch dog of freedom. I’ve got news for you, there is an element of our government that would love to squash freedom. There are people in our government who would love to see people who are critical of the Trump administration lose that precious right. And let’s not kid ourselves, if our government wants to shut someone up badly enough, they’ll shut them up. We like to point at evil regimes around the world that silence protest through selectively putting resistance leaders to death. Some countries do this openly, some do it in more clandestine and creative ways. We’ve seen a lot of examples of people in our own country who suddenly turn up dead–mysterious suicides, car accidents, “random” murders–and while I am not a big conspiracy theory guy, I have had my eyes opened to the fact that our government is capable of heinous acts, they just cover them pretty well.

This is nothing new, of course. History is a veritable guidebook of supporting evidence for my claim. Back in the Good Ol’ Days of the infancy of our nation, a paranoid John Adams issued the Alien and Sedition Acts, giving the government the very unconstitutional power to round up and imprison anyone who looked like a suspicious foreigner or someone who was writing critical things about the government (this article could have gotten me thrown in prison in 1798). In the 1830s, Andrew Jackson (the man who used to be my least favorite president) went directly against a Supreme Court ruling and forced through his dreadful Indian Removal Act, which was followed by the shameful Trail of Tears. During the 1940s, as we were at war with Japan, over 100,000 Japanese-Americans were rounded up and forced into internment camps, just because of their genetic heritage. As the Cold War was growing, our government, with the paranoia-driven Senator Joseph McCarthy taking the lead, began to track the political beliefs of citizens, many of whom were consequently discriminated against after being labeled as “un-American” or communist. From the late 1800s through the 1960s, the U.S. government sanctioned racial discrimination through its support of segregation and Jim Crow laws, an era that is still painfully fresh in the memories of millions of living Americans.

I could go on, but you get the point.

It seems each generation of America just keeps re-opening Pandora’s Box and unleashing all manner of evil demons–the specters of the worst of our humanity–the sins of the fathers continue to visit the sons and the sons add their own. Then, with shaky hands, we point guns at one another rather than making any attempt at atonement.

The bright side of Trump’s presidency is that he does a very poor job of being clandestine. Unlike previous presidents, most of whom had the maturity to keep selling the myth of a pious America, Trump can’t keep his mouth shut. He is constantly tweeting out clues to the secret agenda. He is constantly making statements that reveal the government’s targets, foreign and domestic. This gives me a degree of hope. I believe that the next generation of leadership is on to our dirty secrets. I believe that they hold the key to finally turning America into what we were always supposed to be.

So, I issue you this challenge, young people who’ll be voting for the first time next year, you have a grand opportunity to create a new America, one that can be as great as it’s always claimed to be, one that is as good in action as it is on paper.

NOTE: The theme of this piece was born of a poem I wrote, which I turned into a song. You can listen to the song at the link below.

September 8, 2019
You Aren't Following Christ if Your Political Agenda is Selfish and Bigoted, Jesus Said So
Next Post

September 16, 2019 How Can a Conservative Christian Help Us Put Trump in the Trash Bin of History?
Recent Comments
0 | Leave a Comment
Browse Our Archives
get the latest from
Empathy Mining
Sign up for our newsletter
POPULAR AT PATHEOS Politics Blue
1