How Can a Conservative Christian Help Us Put Trump in the Trash Bin of History?

How Can a Conservative Christian Help Us Put Trump in the Trash Bin of History? September 16, 2019 Shane Phipps 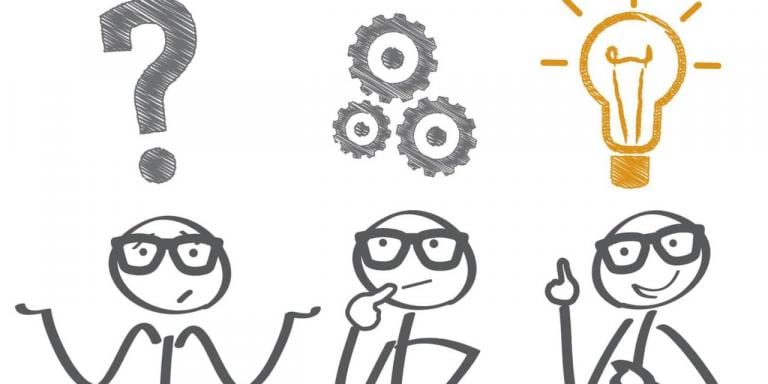 First, let me say this, if you are proud of Donald Trump and continue to support him, I’ve got nothing left to say to you. You are in far too deep and are beyond help. You can just move along.

But if you are like millions of conservative Christians who are deeply bothered by Trump and what he represents, but just don’t see any way that you can vote against him due to your interpretation of scripture and your moral values, this article is for you. Pull up a chair and hear me out.

Let me introduce what I’m about to suggest to you with this; let’s try and agree that, ideally, we’d have someone other than Donald Trump as president. Can we find that much common ground? Are you still with me? Good, let’s continue.

Here’s the problem you are facing; the only way we can put Donald Trump behind us is to vote in a Democrat in 2020. I can’t sugar coat it, that’s the way it is. I mean, there is actually talk that the GOP may try to block any primary challenges against Trump so, let’s face it, he’s going to be the Republican candidate in 2020. So I’m asking you to look at things differently when it comes time to vote next year. I want to offer you a different perspective to consider so that you can free yourself to vote in a way that will save us all from four more years of national embarrassment and shame and, more importantly, save the millions of people whose rights are being abused by Trump’s policies. I’m not going to ask you to change your perspective; I’m not asking you to change your beliefs or your moral code; I’m just asking you to look at voting differently, just this once, at least. If even a small percentage of you can manage to do this, Trump can’t win: You hold the key.

So how can you manage to vote for a Democrat without betraying your convictions? Let’s take it issue by issue:

Nobody is asking you to approve of abortion. But, to borrow the argument you often use to explain why you are against stricter gun control measures; saying that criminals are not going to be deterred by new laws because they are already breaking the law, I submit to you that abortions aren’t going anywhere. Sure we can make them harder to get, but like someone who wants to get their hands on a rapid-fire-death-spraying-machine, women will find ways to get an abortion. The difference is; it won’t be under the care of a skilled physician. I’m not asking you to give up your fight against abortion, I’m simply asking you to make that fight a non-political issue for the time being, at least. While you and I may disagree on the point that women should have the ultimate right to decide what’s best for them and their bodies, we shouldn’t make this the be-all and end-all issue of the day. Single issue voters are extremely unhealthy in a representative democracy. Turn loose, ever so slightly, of this issue when you go into the voting booth. This time, cast a vote in favor of the already living instead of those yet unborn.

If, despite all the missing context and layers of scriptural and cultural nuance, you still cling hard to the belief that homosexual acts are sinful, fine. I’m not trying to change your beliefs. I just want you to reconsider using your beliefs as a weapon in the voting booth. I’m asking you to try to understand that the Constitution provides equal protections for all, regardless of their religion or belief system. If you want to remain free to worship as you please, you simply must understand this crucial tenet of the Constitution. That means you need to stop voting in ways that support the exclusion of American citizens from full enfranchisement in their own nation. You and I will not come to an agreement about the nature of homosexuality as it applies to Christianity, and that’s okay. What we need to come together on is what it really means to be an American. Please, search your heart for a new level of discernment before we go vote next year.

If, despite what the Bible has to say about how to treat immigrants, you insist on supporting the building of an exorbitantly expensive wall that, like guns and abortions, won’t stop anyone from crossing if they really want to, that’s your prerogative. But let’s talk about what the real issue is. Our immigration system is broken and needs a legislative overhaul. The pathway to citizenship should be cleared of a lot of roadblocks. The wait time for citizenship is like a jail sentence for so many trying to come into the nation to join their families. And surely, you can’t support the separation of asylum-seeking families, the placing of children in pens and subjecting them to all manner neglect and abuse–even death. I know, conservative Christian, that must bother you. So, yes, let’s fix the immigration problem, but let’s cure the disease, not treat the symptoms. Let’s vote for people who plan to systematically improve the immigration policies in an effective and lasting way.

I hear you, conservative Christian, with your frequent laments that our nation’s troubles began when “God was taken out of public schools.” That’s a pretty dramatic assertion and it’s not at all based in reality. First, when you say that, you are placing huge limits on an omnipotent God. I want to ask you how in the world God could be kept out of any school. It sounds as if you’re calling God weak. Surely you don’t believe that. With all due respect, your assertion is nonsense. Anyone who believes takes God wherever they go, including public school. Students and teachers are free to carry a Bible into school. They are free to pray anytime they wish. There is no issue here. If you’re being honest, you’d admit that what you really want is for schools to force all children to pray to and study the God of your conservative Christianity brand. That’s not going to happen. If it does, it will fly straight in the face of the 1st Amendment. When you vote next year, try to have more faith in God. Try to understand that God is wherever believers are.

So you don’t buy into the whole climate change thing? That’s alright, I guess. Just know that almost all scientists disagree with you. But I hope you still care about being a good steward of the earth. I’m sure you would like us to do what we can to protect our wild places and keep our planet as clean as possible. Do you understand that Donald Trump isn’t just failing to provide any more protections, he is systematically dismantling many of the environmental protections that were already in place? Do you understand that he’s trying to turn back the clock to the dark environmental era of 40 and 50 years ago? Set the climate change debate aside when you enter the voting booth and vote in a way that shows you are concerned with your stewardship of God’s creation.

To wrap up, conservative Christian, I know that, despite what our most important founding fathers said; despite what the Constitution says; you think America is a Christian nation. You go right on and think it if you wish. But let’s talk about what that should mean. If you want America to truly be a Christian nation, then you should live your life–and use your vote–in such a way that it attracts non-believers to you. Before you pull the lever for Donald Trump next year, think about how many people, believers and non-believers alike, will be negatively affected by four more years under Trump. To cast another vote for Trump is to alienate and marginalize millions of the people you are called to love and serve.

Four more years of Trump would drive a permanent wedge between you and all those you claim are lost.

Thanks for hearing me out. The ball is in your court.

September 11, 2019
Sins of Our Fathers: The Ongoing American Tragedy
Next Post

September 20, 2019 An Open Letter to My Haters
Recent Comments
0 | Leave a Comment
Browse Our Archives
get the latest from
Empathy Mining
Sign up for our newsletter
POPULAR AT PATHEOS Politics Blue
1