The Biggest Misconception in Our Nation Fuels Most of Our Fires

The Biggest Misconception in Our Nation Fuels Most of Our Fires November 18, 2019 Shane Phipps 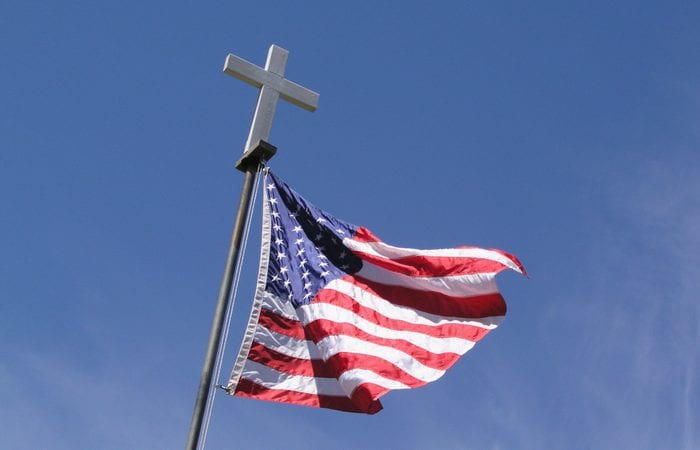 American conservative Christians keep screaming about how their beliefs are under attack. In doing so, they reveal that they don’t even know a thing about their own country. They base their paranoid protests on a false premise. They apparently believe and continue to insist that America was founded as a Christian nation–that our founding fathers were unanimously insistent that Christianity be the basis for our constitutional rights and freedoms–despite a mountain of rock solid evidence to the contrary. In reality, most of our best known founders would not even be considered fundamentalist Christians today, certainly not by conservative Christians. Probably the closest thing to a fundamentalist Christian among our most influential founders was John Adams. Adams was, perhaps, the most important founding father. Unfortunately, history looks upon him as a mostly failed president, but long before his presidency, he was one of the most important Sons of Liberty. Adams was also the most outspoken Christian among his colleagues and he would be the closest thing to a modern conservative Christian among the major founders. This is what he said on the subject of America as a Christian nation–in a treaty with the Muslim nation of Tripoli, of all things. Read it carefully and learn it:

“As the Government of the United States of America is not, in any sense, founded on the Christian religion,—as it has in itself no character of enmity against the laws, religion, or tranquility, of Mussulmen [Muslims],—and as the said States never entered into any war or act of hostility against any Mahometan [Mohammedan] nation, it is declared by the parties that no pretext arising from religious opinions shall ever produce an interruption of the harmony existing between the two countries.”

Yet, modern conservative Christians use the false mantra that America is a Christian nation as justification to try and dominate the laws and policies of this nation. When they aren’t successful in their attempt, they claim their religious freedom is under attack. That’s not the way this works. It’s just not.

Let me give you the example that first inspired this article. I was watching an episode of Constitution U.S.A. (PBS) today. A featured story in that episode was about a lawsuit brought against a school by one of its students. The case involved a Christian prayer that was on the wall of the school auditorium for decades. Nobody had ever complained about the prayer until this girl, an atheist, came along. When she saw the prayer, she knew instantly that it flew in the face of the Establishment Clause of the 1st Amendment. She bravely decided to stand up against the tremendous community backlash she knew would come, and pursue a lawsuit to force the school to remove the prayer from the wall. Boy was she right about the backlash! In one scene, during a community school board meeting, as the girl was at the microphone speaking her piece, a large group of hundreds of “Christian” townspeople stood up and began shouting the Pledge of Allegiance over her–placing a particularly loud emphasis on the words “under God” (words not added to the Pledge until until 1954 during the height of the “Red Scare”, by the way). Long story short, the girl’s complaint when to court and she, predictably and rightly, won the case. The school was required to remove the prayer. Conservative Christians will read that story and claim their beliefs were attacked. They don’t understand the Constitution. How often do you hear the tired trope about how prayer isn’t allowed in school. It’s complete rubbish. Anyone can pray in school any time they want. The school just can’t lead, force, or endorse any one kind of prayer. So, in the scenario of the court case I just summarized above, that prayer wouldn’t likely have been a problem, as long as there was a Muslim, Jewish, Buddhist, Hindu, Atheist, Church of the Flying Spaghetti Monster, etc., prayer right along with it. But something tells me that wouldn’t be acceptable to conservative Christians. Therein lies the problem. It’s a problem that has woven its way into most of the hot-button political issues. It’s a problem that is rooted in absolute ignorance–legitimate ignorance and/or willful ignorance.

There is a very popular meme that gets to the heart of this matter. It nicely summarizes the thing that conservative Christians either just don’t understand, or simply refuse to believe. The gist of the meme is this: Allowing other people their freedom does not mean you have less freedom, it’s not pie. The failure to understand this concept–the deliberate misrepresentation of the intention of our founders–the inability to grasp one of the most important tenets of our Constitution–is exactly what allowed for the unthinkable possibility of a President Trump.

The fact that you are not permitted to force your particular brand of religion on millions upon millions of Americans who believe differently–that you’re not allowed to use your religious freedom to deny others their freedoms–that you can’t use your religious beliefs to discriminate and marginalize other Americans–should be seen as a great thing.

To conservative Christians, this is interpreted as an attack on their beliefs and a denial of their rights as citizens of a “Christian nation.”

Until we get past that, we’ve got a lot more trouble ahead.

A few months ago, I wrote a song about this topic. I’ll close with that song today.

November 13, 2019
Christian Trump Supporter, Stephen Miller Just Blessed You with Another Sign, What Will You Do With It?
Next Post

November 30, 2019 Faith in the Public School Classroom: Dispelling the Myths
Recent Comments
0 | Leave a Comment
Browse Our Archives
get the latest from
Empathy Mining
Sign up for our newsletter
POPULAR AT PATHEOS Politics Blue
1