Defending My Politics with My Faith: Part 2 Racial Issues 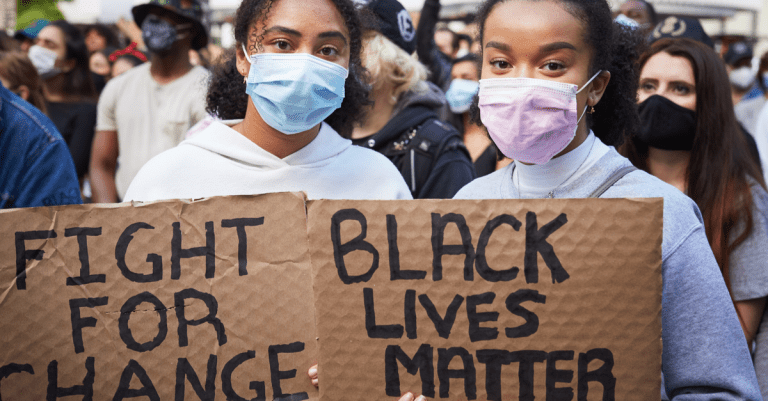 This is part two of my series called Defending My Politics with My Faith. In this series, I am going to try to explain how I’ve come to my progressive Christian political voting stance by analyzing some of the most divisive socioeconomic issues of our time through my personal lens as a left-leaning Christian. My number one goal in this series is to be non-judgmental and positive, focusing on what I believe and not what others believe. If you missed the first part in the series, you can find it here.

This second installment will focus on racial issues. This is probably the touchiest subject in our nation and has been for a very long time. Before I dive in, I feel I should issue a disclaimer. As an upper-middle class white male, I have no real authority to speak to this subject because it isn’t possible for me to fully comprehend the depth and breadth of the issues involved. I have never, nor will I ever, felt what people of color feel living in this country. But what I can speak to is how I’ve come to finally realize that. I used to think that everyone should just be “color blind” and “get past” race. That seems easy, doesn’t it? It does if you are someone as ignorant and isolated as I was for much of my life. The very fact that I once thought like that is the most perfect example I can think of to describe my white privilege. I didn’t used to know what that term really meant. I’m still not sure I am completely dialed into it, but I’m certain that I’m much closer than I used to be to understanding what it means. If you’ll be so kind as to read on, I’ll let you be the judge.

People like me live in an out-of-sight, out-of-mind society. Every minute of every day tries to pull us back to our comfortable status quo. From time to time, a tragedy or some terrible injustice slaps us across our collective faces and forces us to stare into the eyes of the evil that surrounds us all. But that only lasts for a short while until it scabs over, fades into a faint scar, and crawls back into the dark corners of our subconscious until the next time something jarring brings it briefly back to the foreground. We don’t like to dwell in discomfort and we sure don’t like to think about the millions of people who spend most of their lives with that discomfort right in their faces, day in and day out. Often, it is only after some grave injustice happens which causes people to take to the streets to try, yet again, to force a nation to acknowledge the elephant in the room, that we are made to confront the discomfort for an extended period of time. Martin Luther King Jr once said that, “a riot is the voice of the unheard.” People like me are too often guilty of short memories. We lose track of the beat of time. We prefer to think of those kinds of problems as being relics from the distant past of a far less civilized nation. Because we dwell mostly in our comfortable status quo, it’s easy for us to do that. If only we’d recognize that as a large part of our white privilege. And not being cognizant of white privilege is also a large part of our white privilege. When I finally began to realize this, my capacity for empathy greatly increased and I had another reason to vote for the kinds of candidates I do.

I began to notice how easy it was for me to bring Jesus into my comfortable status quo as well. I think many Christians like me have, probably unintentionally, white-washed and Americanized Jesus. We ignore the fact that, were Jesus in line with us at airport security, he would likely draw a lot more attention from the authorities than us. Most of the churches I’ve attended in my life have had artworks depicting of Jesus looking a lot more like me than he would have looked in reality. On some level, I think that has probably made it easier us to remain in our comfortable status quo. If we were used to looking at more realistic images of Jesus, we might see the world slightly differently. We might be less comfortable.

As a historian, I often say that objects in the history’s rear-view mirror are closer than they appear. I say that, but my white privilege makes it difficult for me to truly remember it. Occasionally, I am reminded of it though, and when it happens, it is a powerfully enlightening moment. I’m getting a little gray around the temples, a few more lines on my face, and a lot more aches and pains, but I’m not an old man yet. I was born in 1967. That’s not ancient history. When I am occasionally reminded of how different the world I was born into was from today, I suddenly fall back into perfect time with the beat of history. When this happens, that cop-out notion that so many people like me fall back on all the time—the past is the past, let’s just move on—begins to sound pretty silly.

Just a few cases in point:

I could go on and on with more entries on that list, but I think that serves the purpose. The scars of blatant institutionalized racism are still very fresh in the memories of millions. And we are being completely naïve to think that institutionalized racism is a thing of the past at all. It has just become more subtle. There are still far too many examples of efforts to disenfranchise black voters. Gerrymandering of congressional districts has been rampant for decades. Subtle and not-so-subtle voter suppression tactics abound, such as the closing of many polling stations in some of the most heavily black voting communities so that people are forced to travel much further to exercise their enfranchisement was happening in many places just this past election. Again, there are lots of other examples that, in the interest of brevity, I will leave up to you to investigate.

The point is that people like me tend to prefer to stay blissfully ignorant of those kinds of things. We like to think it’s time for everyone to move past it all and get on with life in harmonious, color-blind society. Oh, what I lovely utopian image we like to envision. And oh, what an ignorant and insensitive way to ignore the suffering of our brothers and sisters about who’s struggles we truly know very little.

People like me, we tend not to understand that if Jesus were walking among us for a second ministry here on earth, he wouldn’t be spending much time with us. He’d be where the disenfranchised and hurting people are. And I think he might be asking people like us why we aren’t more concerned about our brothers and sisters that we expect to “get past it and move on.”

When I vote, I try to keep that in my mind. Which candidate has the best interests of the people our country has so long disenfranchised at heart?

How would Jesus vote? 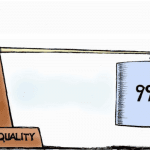 February 12, 2021
Defending My Politics with My Faith Series: Part 1-The Economy
Next Post