How He Really Feels When You Say, “I’m Too Tired” 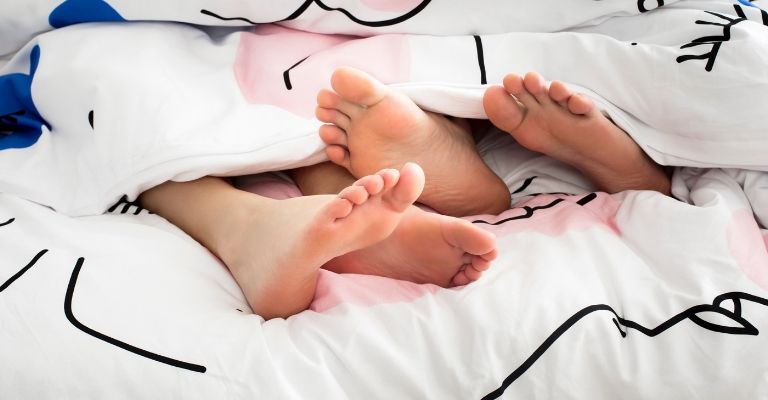 Your husband’s an attractive guy, but sometimes you’re just not in the mood. It might have nothing to do with him. But–you know the drill– when you’re not in the mood,. . . well, you run the risk of upsetting him.

Not because he’s an insensitive jerk or you’re a bad wife, but because your desire to have (or not to have) sex with him sends him a message. And he responds to your message like a man who’s been rejected.

It’s Personal to Him

Turning him down may not be personal for you –you think he’s a sexy guy–but it may leave him feeling like a loser, unwanted and unloved. And that’s personal.
There was a time in my marriage if my husband walked into our room after I’d just crawled into bed at the end of the day and gave me the “look,” I’d suppress a groan. (Okay, maybe a long sigh.)
My response had nothing to do with him and everything to do with pure, unadulterated exhaustion.

Nothing personal at all. It had been a long day. Between getting meals, cleaning up messes, and acting as referee to our five young children, I’d used what felt like my last bit of energy to drag myself into bed.

Here’s something women may not understand.

Physical intimacy to men is as important as emotional intimacy is to women.
Just as emotional intimacy communicates to women “we’re okay,” “I love you,” or “you’re important to me,” physical intimacy communicates the same to him. So when you say “no,” he feels like we feel when we need emotional intimacy and he won’t give it. It hurts and leaves you feeling isolated.
Making love with you affirms him. It’s a way of connecting for him and making him feel cared for.
When you’re too tired for sex, you unknowingly may be sending him a message that he’s undesirable, he’s unimportant, and you’re not okay. Umm. . . very personal.
In most cases that’s not what you’re communicating.
Shaunti Feldhahn, a relationship researcher and author of For Women Only, says sex for men goes beyond the physical. It also meets a powerful emotional need for them. She says, “It tells him he’s desirable and gives him that oh-so-necessary sense of confidence and well-being.”
Sometimes you’ve had a long day. You just don’t feel like it ( because we’re all not so excellent), so  you say “later,” which is okay. You don’t have to have sex whenever he wants to. That doesn’t make you a bad wife. I’m suggesting instead of just saying no, respond in a way that lets him know he’s important to you, and he is a priority.  And let him know if not now when.
Talk to him about finding ways to meet his needs when you’re exhausted that work for both of you.

Don’t Leave a “Vacancy” in His Emotional Real Estate

What happens in the bedroom affects how your guy performs in other areas of his life. And keeps him satisfied and less vulnerable to someone else moving into the “vacancy” on his emotional real estate.
Feeling desired is related to how he feels about himself.  When you say “I’m too tired” it can become personal real quick.
It may seem like it’s all about him, but affirming him in this way has benefits for you, too. Studies show frequent sex improves mood and reduces depression. And when he feels affirmed you’ll notice a difference in the way he relates to you.
Putting him off might not seem like a big deal, but for him it is. Trying to meet his needs in this way may make a difference in him but in your relationship as a whole. 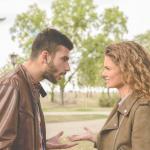 September 7, 2018
This Surprisingly May Cause the Most Conflict in Your Marriage
Next Post

November 29, 2018 How to Deal With a Mama's-Boy
Browse Our Archives
get the latest updates from
The Not So Excellent Wife
and the Patheos
Family
Channel
POPULAR AT PATHEOS Family
1

Successful Co-Parenting in a Blended Family is a...
Molly was thirteen when her mom remarried and she now has two...
view all Family blogs
Copyright 2008-2021, Patheos. All rights reserved.