14 Lessons My Mother Taught Me When I Wasn’t Listening

14 Lessons My Mother Taught Me When I Wasn’t Listening May 9, 2019 Sheila Qualls 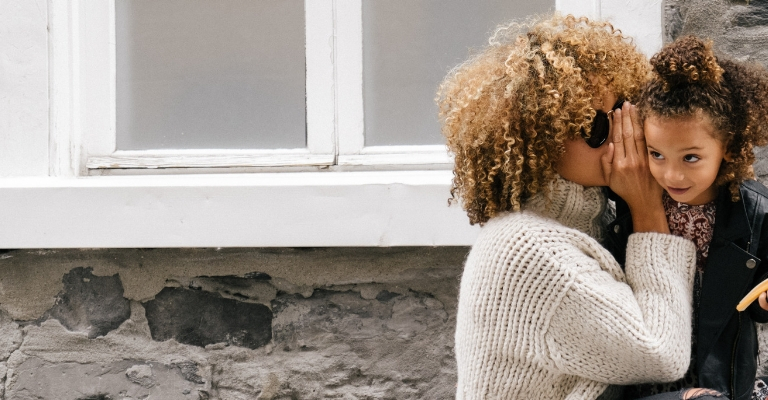 My mom had a harshness about her I didn’t understand as a kid.

I thought she was just mean. I vowed never to be like her.

As a young wife, I tolerated her. I thought I was smarter than she was and she couldn’t teach me anything. Because I knew it all.

Later I realized she taught me lessons I couldn’t value from my limited, immature perspective.

She taught lessons with her life. I didn’t realize I’d paid attention until I had children of my own.

She grew up poor and Black

My mom saw a lot of hard times herself. Maybe more than most.

She was the only child born to a 13 year-old single mother in the 1930’s. Depression-era Oklahoma.

She grew up poor and Black. She barely had a chance to mature herself before she began taking care of a family of her own.

She dropped out of school in the 8th grade and married a Buffalo Soldier*, who took her away from everything and everyone she ever knew.

She had to figure it out. And, she did.

By the time she was 21, she’d been married five years and had five kids. She’d eventually have three more. She cared for eight babies using cloth diapers and glass bottles.

She taught me how to be a mom

Like most moms in those days, she stayed home. She had a house full of kids and concerns about putting food on the table and paying the bills.

Because my dad was a career soldier–who saw combat in both the Korean and Vietnam Wars.–she lived as a single parent much of the time.

She traveled–in the U.S. and abroad–many times with eight children in tow, following my dad to new duty stations.

She mourned the deaths of President Kennedy and Martin Luther King, Jr.

She marveled when men walked on the moon, delighted when she got her first colored television set, and endured through the Civil Rights Movement.

In her lifetime, she’s been colored, a Negro, Black and African American. And sometimes she was called far worse.

The mother of eight children and wife to a U.S soldier, she was still refused service at restaurants, denied access to public pools, and couldn’t use a gas station restroom in the Jim Crow South.

Still she lived with dignity.

She acted thrilled every Mother’s Day, Christmas or birthday when we gave her the latest kitchen gadget–a toaster or a can opener– or. . .  nothing at all.

Growing up, I wasn’t mature enough to understand her life or appreciate her sacrifices.

I didn’t appreciate her even though I cried in her arms after a breakup with my boyfriend in high school.

I didn’t appreciate her as I cried in her arms when I felt like one of my own children had broken my heart.

It had never occurred to me I’d probably broken her heart, too.

Her feelings never occurred to me at all.

She taught me to value relationships

I don’t know how she did it all.

When I was 15, I was in high school, not pregnant and not married.

At 21, I was in college, not married and raising five kids.

I’ve never worried about putting food on the table or struggled to pay my bills.

I’ve never been denied access to pools or restaurants.

It never occurred to me that many of the things I experienced during those years, she was experiencing with me for the first time: A wedding, high school and college graduations.

When I look at her now-the corners of her mouth sagging with age–I remember the woman who got me up in the mornings. Took me shopping for school clothes, taught me the importance of being a lady, and tried to make every Christmas and birthday special.

My selfish perspective has changed through the lens of maturity. Now I see a mother’s heart–her heart– whose compassion was sometimes stifled by fear.

I treasure the lessons she taught me. They’re lessons for life.

Lessons I learned when I wasn’t paying attention

I pray I instilled similar values in my own children. I pray I taught them lessons by the way I’ve lived my life.

My mom, like many moms, moved her desires to the back burner.

She might’ve wanted something different out of life. But she accepted what she got and made it her dream.

*Buffalo Soldiers were all Black units in the U.S. Army. They helped settle much of the American West until President Truman desegregated the Army in 1948.

May 9, 2019 12 Signs You Have an Inner Control Freak (That May Be Coming Out)
Browse Our Archives
get the latest from
The Not So Excellent Wife
Sign up for our newsletter
POPULAR AT PATHEOS Family
1

7 Things All Men Need MORE...
Dave Willis
Related posts from The Not So Excellent Wife

Is Your Insecurity Making You a Controlling and...
Her marriage was starting to have the life squeezed out of it....
view all Family blogs
Copyright 2008-2021, Patheos. All rights reserved.