Feast of St. Nicholas: Slap a Heretic Day. Or Why Are We Hitting Ourselves?

Feast of St. Nicholas: Slap a Heretic Day. Or Why Are We Hitting Ourselves? December 4, 2016 Jonathan Ryan

Tuesday is the feast day of St. Nicholas and as usual, the story of him slapping Arius in the face during the Council of Nicea is making the rounds on social media. To be honest, I used to think the story was funny and I applauded the spirit. That is, get so passionate about truth that you end up punching someone in the mouth over it.

In my Mark Driscoll Presbyterian Minister Days, I engaged in many passionate and useless theological debates with people who disagreed with me. As a staunch Calvinist, I would argue with Armenians, Anglicans, Atheists, and (shudder) Catholics.

And, while I didn’t actually slap anyone in the face, I had “the look.” Someone would start talking what I deemed theological nonsense and my face would scrunch in a grimace. I realize now I might as well have just punched them in the face. Indeed, my undisguised scorn probably did more damage than my fist ever would.

When I became a Catholic, I delved further into the story of St. Nicholas. What I found was not the heretic-slapping ideologue I had previously embraced. Instead, I found the courageous fourth-century bishop of Myra who endured extreme torture and was one of the most merciful bishops of the early church. By all credible accounts, he financially redeemed three daughters of a poor man so they would not be forced into prostitution. This doesn’t sound like a man who would go around slapping people. He was obviously passionate about the truth, since he endured persecution. But that love of truth developed a passion for pastoral mercy.

Lately, I’ve been thinking about this story in regards to ongoing battles between the so-called “conservative” and “liberal” wings of the Catholic Church. This is best illustrated in the latest flap when four Cardinals publicly (contrary to the usual respectful protocol to do so in private) asked Pope Francis to clarify Amoris laetitia, especially in the areas of divorced people receiving communion. Scott Eric Alt and Rebecca Bratten Weiss both offer contrasting opinions on the matter here at Patheos.

But I wonder if we don’t miss something that is vitally important in this entire discussion. That is, the beautiful grace-filled tension between the Magisterium (or Teaching of the Church) and the pastoral concerns of the church.

When I converted, everyone in the Protestant world was surprised, thinking I would go the so-called “Liberal Protestant” route. That’s because they underestimated my commitment to historical Christianity. In the Catholic Church, I found a deposit of faith that didn’t change much and if it did, it happened slowly. For me and my wandering life, it’s an unspeakable comfort.  This annoys and angers many people, but that may be because some of them are thinking in a superficial way. Consider it. Would you want the Church to change for every historical movement or thought process that happens to become popular? Or change for your personal whim? Or everyone’s whim? Trust me, that never ends well.  It’s these historical truths that have enabled the church to do amazing and beautiful things. Indeed, it’s a return to these teachings that often inspires renewal and change movements in the church itself.

On the other hand, we live in a broken and sinful world. Things are often very gray and complicated. Nothing is ever neat and tidy. I’m divorced after sixteen years of marriage. Having gotten an annulment, I was never sacramentally married. Yet, I have three beautiful kids. And my situation is not even close to being as complicated as the countless cases I hear about from various friends across the country. These complications often make us want to do away with absolute truths and live in the nebulous gray. It seems reasonable to do away with the truths of the Church that the so-called right and left wings want to convey.

This, however, makes me realize how much of a heretic I am for wanting that sort of simplicity. Real heretics always want to simplify because it’s easier. There are teachings in the Magisterium that bother me, anger me; instructions I certainly don’t keep. Some of the doctrines of the Church are very hard for me to accept. According to some Catholics on both the right and left, I might rightly be branded a heretic, if not in practice, at least in my heart.

Don’t get me wrong: I believe in the teachings in the Church and see them as the mark I’m stumbling towards in my everyday life. But it’s also true that I’m terrible at them. I’m not very charitable. I don’t give to the poor. I abuse God’s creation on a regular basis. My theology of life is not very consistent. And most terrible of all, I lack mercy. There is a whole litany of my heretical sins that would fill the Devil’s liturgical book.

But, God is merciful. Always. He meets me where I am but doesn’t allow me to stay there. In every way, he is the good shepherd who seeks me out, and puts me on his back to carry me. I’ve said it in other places, but one of the most terrifying parables Christ ever told was the one about the unmerciful servant who beats a fellow servant who owes him a debt. He does this after the master forgives him of a far more crippling debt. Of course, the master brings severe justice against the unmerciful servant. I don’t understand how you can hear that parable, and not be terrified for your own soul.

Mercy is not doing away with truth. Rather, it means forgiving and receiving forgiveness. It assumes you’ve done something that requires mercy. The reality of sin is not softened. But God’s response to sin is not to slap us around. He picks us back up, dusts us off and reorients us. Christ in the Eucharist is the very bridge between the truths of God and this vale of tears.

Thus, it is so vital that the Catholic Church (and other Christian churches) live in that creative, beautiful tension of the teachings of the Church and pastoral mercy. Is it easy? Not a bit. I’m pretty sure the reason people (on the right and left) want to slap heretics around is because it’s very simple. It’s far, far easier to punch someone in the face than to listen to them and bear their hurts alongside them.

Walking with people is much harder. It requires patience. It requires time. It requires a broken heart of your own. And it requires that we become comfortable with not knowing all the right answers all the time. Every time I think about it, I realize how impossible it seems for me to walk with someone or for them to walk with me. I’m busy. I’ve got things to do. People have hurt me.

But through Christ, there comes a broken heart that can heal and not slap someone in the face. And I start finding mercy and giving it.

St. Nicholas, pray for us. 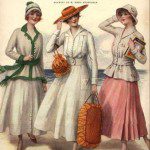 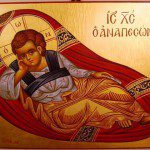 December 7, 2016 Holy Crap! A Bad Gift Guide for Catholics
Recent Comments
0 | Leave a Comment
"I agree with Jacobs. Our writer could have bowed to the altar in the Episcopalian ..."
edlondinium Dark Devotional: The Case of the ..."
"Oh dear. Shades of Pascal's wager. What I choose to do with my life is ..."
Linguagroover Dark Devotional: On the Outside with ..."
"A serious study of Catholicism will show that Jesus' Gospel message was and is a ..."
Jo Ann Elder-Nativity Dark Devotional: On the Outside with ..."
"That is a beautiful little essay."
Tom Hanson Sonnet 73: Time, Friendship and Chronic ..."
Browse Our Archives
get the latest from
Sick Pilgrim
Sign up for our newsletter
POPULAR AT PATHEOS Catholic
1

How White Men Lost the Meaning...
suspended in her jar
Related posts from Sick Pilgrim