Most people see the beginning of a new year as a time to make resolutions and appreciate the invigoration and freshness that a new calendar year symbolizes.

For us at Sick Pilgrim, a new year is nothing more than how marking time works. We’re all continuously striving to better, holier, more considerate people; the fact that the date has changed doesn’t impress us. So rather than New Year’s resolution-crap, we ask ourselves the same thing we do every month. What is giving us small joy right now? And the things that are keeping us alive right now may brighten up someone else’s day. Maybe our small joy can be a small light in a dark world that comforts someone else. And maybe that counts.

Or maybe not. Ah well.

“Darkest Night” podcast. I love podcasts. This podcast is a story with big-name actors, around an experiment which takes the fluid from a corpse’s eyeball and shows the scientists the circumstances of the person’s death. The deaths all serve to piece together a conspiracy of the rich and shadowy corporation that employs the scientists. For an awesome horror story, check it out.

Finibus by Jonás Pérez. Still scary, but much more high-brow than the podcast. A priest finds himself in Hell and witnesses the end-of-days, all told in verse. I hadn’t read good narrative poetry since Homer’s in high school, and then Milton’s in college. Finibus is a worthy challenge that delivers a harrowing and necessary message.

“Hell’s is locked within me as I burn bright,
Here O’ Conscience your skin burns as mine fights.” Finibus, Song II

Alexandra Stott believes fiercely in the Tooth Fairy. She can get violent over that topic. It’s kind of sweet, but mostly disturbing. 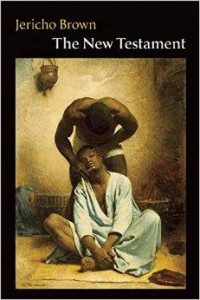 Poetry in general, but especially Jericho Brown’s words in his newest collection The New Testament. With the layered lens of myth, fairytale, and scripture, Brown examines black masculinity, homosexuality, and illness. “I live / With a disease instead / Of a lover,” he writes reminding us which of the two is easier to walk out on and the difficulty – though not the impossibility – of ending the relationship with our mortal coil. In “To Be Seen,” he compares his doctor to “God the Father, say[ing] through clenched teeth / Look at me when I am talking to you. / Your healing is not in my hands, though / I touch you as if to make you whole.” I’ve lost track of my readings. I weep every time. All my anger and my doubt and my faith coalesce in these lines. Even if I can not be truly well during this lifetime- no matter how much I pray – I know that there are teeth gritted in determination and hands who touch me as though to heal me. And those hands do make me whole, even it is only for a little while.

Henry Karlson has a degree in theology and has a lifelong dream of owning a koala. Check out his blog, A Little Bit of Nothing, here. 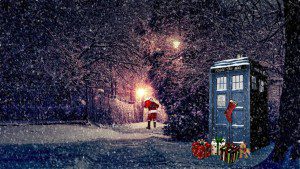 Doctor Who has been my favorite television series since a young child. Since its return, it has produced Christmas Specials every year. Some are great, some are good, and a few are flops, but they are always a welcome diversion with a little of the holiday spirit in them.

Half Priced Books is my go-to place for books. Yes, I find many used books online, but HPB lets me find ones I would never have considered, by giving me a good chance to look through them. Then with the sales, I get a stockpile of books for my hour of reading every day.

Joanna Penn Cooper is a winner of one of our Secret Krampus giveaways and it has changed her life. Though not necessarily for the better.

Pictures of Carrie Fisher and Debbie Reynolds gazing at each other. The unexpected death of Carrie Fisher, followed so closely by the death of her mother, Debbie Reynolds—oof. This hit many of us hard, especially those of us who have followed not only their film careers but Carrie Fisher’s career as a writer. It also hit especially close to home for those of us who are lucky enough to be part of (ahem) eccentric mother-daughter duos. One positive to come out of this is the chance to reflect on the complications and intensity of parent-child love, or to put it even more simply, the chance to gaze upon their regard for one another. It takes a lot of love to hold one another to this world, and sometimes love from one’s family of origin isn’t the love that does the trick. But sometimes it is. Mother-daughter affection—oof.


Bibliomancy (check out this Tumblr). I’m trying to read more physical books this year. Since my son was born almost four years ago, and since I stopped teaching literature, I have found that it’s easier to read (when I do) on a Kindle or, sometimes, on my phone. But I am a twentieth-century human with a love for the analog. Also, I need to get back into the swing of reading in a way that will feed my own writing, and for me that requires annotating with an actual pen. Another advantage of reading actual books is that it helps me indulge in a lifelong habit I use to amuse myself and enact my superstitious side: bibliomancy, or the use of books for divination.

“You were made and set here to give voice to this, your own astonishment. . . . Thoreau said it another way: know your own bone. ‘Pursue, keep up with, circle round and round your life. . . . Know your own bone: gnaw at it, bury it, unearth it, and gnaw at it still.’ ”
–from The Writing Life by Annie Dillard

“You’re always asked to sort of stretch a little bit more. And actually we’re made for that. But in any case, there’s absolutely no excuse for making our passionate love for our world dependent on what we think of its degree of health, whether we think it’s going to go on forever. This moment, you’re alive.”
–from Becoming Wise: An Inquiry into the Mystery and Art of Living by Krista Tippett

***
Marybeth Bishop wants to be a back-up dancer for Janet Jackson. But only if she can wear her beloved Kraken socks.
Being surprised by my parents’ former belongings in other family members’ houses. We helped my folks move to an apartment from the house in which we grew up back in September, and I visited my home state again this past week. When we moved them out, we each got to take a memento or two to remind us of the place where we were first loved so well, and it was delightfully comforting to stumble across these things in another place—a cedar chest, a Christmas ornament, a cookie jar (oh my gosh cookies). I am hoping they will become part of half a dozen other sceneries surrounded by other families’ love for each other.
Hand-written notes and letters. A group of friends has recently begun writing letters, and for the first time it has 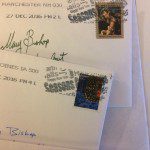 occurred to me what truly goes into this. Without the benefit of backspace and SEND buttons, someone thought of me, allowed those thoughts to travel from brain to hand to pen to paper, found my address, got the letter to the post box, and it traveled more miles than I tend to to get to my door and my home and my hand and my eyes. It’s so much more personal than the Facebook message thrown out into the void for hundreds to comment upon (though those are also enjoyable). It has made me look through old notes written by hands long gone now, and feel a connection I may have missed the first time around.
***
Toby D’Anna sometimes goes by the alias Humphrey McGuffin. He is a Louisiana ex-pat currently teaching in Washington.

I am a back of the line Gen Xer, born in 1976. Most of the fairy tales in my nursery happened a long time ago in a galaxy far, far away. It would be inappropriate for me to memorialize Carrie Fisher in this spot where we are sharing little joys. Jessica Mesman Griffith’s tribute to her written last spring speaks to me, and I am hopeful that somewhere in the next two episodes of the Star Wars saga we will see the character Princess Leia get the send off she deserves. But as far as joys go, Rogue One exceeded all of my expectations, delivering the best film of the franchise since The Empire Strikes Back, and leaving us with Darth Vader as the cinematic villain par excellence and a poignant closing moment fit for closing out 2016 and entering 2017.

Eric Molinsky’s podcast Imaginary Worlds is the necessary vocalized metanarrative that lies just beneath the subconscious surface of geeky minds like mine. The biweekly podcast averages about 20 minutes, and explores “sci-fi and other fantasy genres — how we create them and why we suspend our disbelief.” The last several episodes have looked at Tolkien, Harry Potter, and Star Wars, but some of the best episodes have really niche appeal: “Fantasy Maps”, “Economics of Thrones and Starships”, “Rolling the Twenty Sided Dice”, and “In Defense of Captain Hook”, a personal favorite. For anyone interested in world building or having some intellectual stimulation to enhance their pastime enjoyments, Imaginary Worlds is a must listen.

Michael Delp is the personification of the Great Lakes. 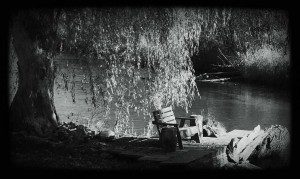 The Wild God of the universe wandering my head, the memory of poems sent directly into my blood, the vision of the moon showing through driving snow, sitting close to a small stick fire in front of the high ridge cabin. Memories of Gary Snyder and Peter Matthiessen, both Zen practitioners, who revealed that the world is always right here. Right here, and then it’s not. And knowing that the Wild God is always present. Always.
***
Stay alive, pilgrims.
-Pest 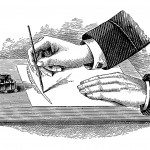 January 3, 2017
A Letter to the Devout Mother's Son Who Skipped Christmas Mass
Next Post 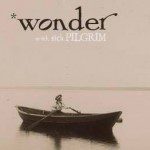 January 5, 2017 The Wonder Podcast Episode I: Death in the Grand Canyon
Recent Comments
0 | Leave a Comment
Browse Our Archives
get the latest from
Sick Pilgrim
Sign up for our newsletter
POPULAR AT PATHEOS Catholic
1 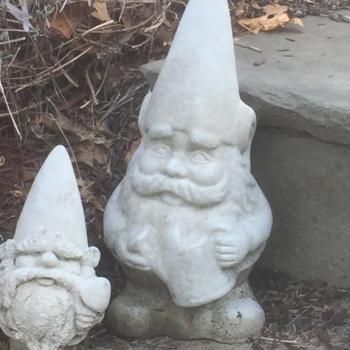 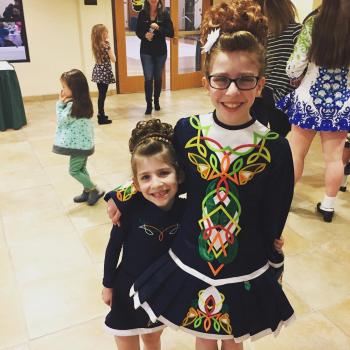