The Oscars 2010: Movies that Connect Us

Forty-two feature films have been nominated in a variety of categories for the  82nd Academy Awards  that will take place at the Kodak Theater in Los Angeles on March 7.  In a throw back to the 1930’s and 1940’s, when anywhere between eight and twelve films were nominated for Best Picture, the Academy for Motion Picture Arts and Sciences (AMPAS) decided in 2009 to expand the category to ten feature films so that additional deserving films might be considered.  For a film journalist this provides a banquet of stories to explore but makes it nearly impossible to predict a winner.

Human connection, and therefore human dignity and justice, is a theme that runs through many of the films nominated.  Using this as a lens, here are my views on some of the films that I have seen of the twenty-nine nominated as worthy of an Oscar. I would pray to the patron saint of cinema that those films that tell the truth about humanity and promote human dignity through beauty, truth, and goodness, will win, but, alas, although there are patron saints of television (St. Clare of Assisi) and telecommunications (St. Gabriel the Archangel) the press (St. Paul and St. Francis de Sales), and even actors (St. Genesius) there is no patron saint of the movies. Yet.

Performance by actor in a leading role

This is a tough call. Jeff Bridges as the boozy country singer who has seen better days in Crazy Heart, is the sentimental favorite.  I would be happy if he wins, though he should have been nominated and won several times before this (Seabiscuit; The Big Lebowski). George Clooney is so believable in Up in the Air, Colin Firth and Morgan Freeman are both excellent. But my vote goes to Jeremy Renner for his strong, nuanced performance as the adrenalin soaked leader of a courageous Army team that disposes of roadside bombs in The Hurt Locker. Each of these films embody some aspect of human experience that promotes empathy, the basic building block of a man’s character.

Performance by an actor in a supporting role

I think that Christoph Waltz as the nefarious and evil Nazi officer from Inglorious Basterds will win but Christopher Plummer as the Tolstoy, caught in a conflict between marriage and family and his ideals about Christian discipleship, performs brilliantly in The Last Station. I didn’t see The Messenger and Matt Damon’s part in Invictus was too slight (he should have been nominated for Best Actor for his role in The Informant instead.) I didn’t care for the film version of The Lovely Bones so despite Stanley Tucci’s believable creepy character, he doesn’t get my vote.

Performance by an actress in a leading role

Each of the films for which these actresses have been nominated is about being truly human. I have heard some film critics say that Sandra Bullock should not have been nominated for her role as the crusading mom who took in a homeless young man in the box office delight The Blind Side. I disagree. Sandra Bullock is a great actress and gave a crowd-pleasing performance. She made us want to stand up and cheer (and hopefully do some good works, too.) Meryl Streep as Julia Child in Julie & Julia is extremely entertaining and gives a flawless impersonation of the famed television chef. Then just when I think Meryl Streep is the best actress of this generation, here comes Helen Mirren again. She plays Sofya Tolstoy in The Last Station, puts everyone on notice that marriage is sacred and no one can interfere – and you believe her.  Newcomer Gabourey Sidibe in Precious: Based on the Novel “Push” by Sapphire could win easily in her tragic yet hopeful role as an abused teen. I would be surprised if Carey Mulligan in As Education wins because I don’t think enough people saw her excellent performance. Each of the actresses in this category deserves to win. My vote goes to Gabourey Sidibe in Precious, but I think this is Sandra Bullock’s year and I can live with that.

Performance by an Actress in a supporting role

I like Penelope Cruz but I don’t think she should have gotten an Oscar last year for Vicky Christina Barcelona and I don’t think she should get one for her role in Nine.  Marion Cotillard as the trophy wife was sadly overlooked. Mo’Nique, as the cruel and emotionally shipwrecked mother in Precious was scary and gave a riveting, if not repelling, performance. The thing about cinema is that it lets us experience for a couple of hours what it might be like to be someone else. What does a Christian, a person of good will, do after experiencing a film like Precious? Someone (Mother Teresa? A newspaper man?) once said that it was her job to afflict the comfortable and comfort the afflicted. This is the role of films like Precious.

Best animated film of the year 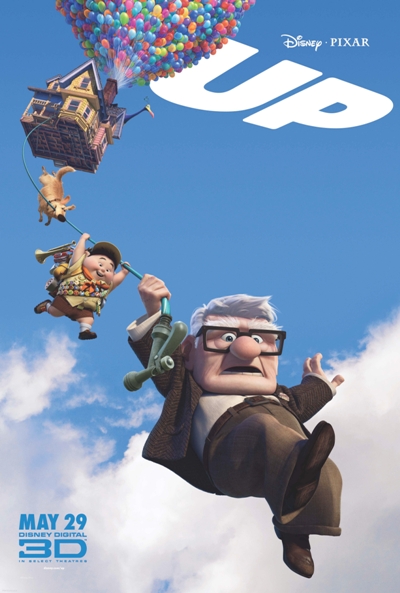 I love the quirky humor of The Fantastic Mr. Fox and the depth of feeling in Up, but in such a worthy category, on principle I would be happy to see The Princess and the Frog or Coraline win because the films are good and protagonists are girls.  There are so few heroines in animation that I like to celebrate them when I can.  All of the stories in these films are about being connected in the family (or animal version of it) or the community. (I didn’t see The Secret of Kells.)

Any of these five directors: James Cameron (Avatar), Kathryn Bigelow (The Hurt Locker) Quentin Tarantino (Inglorious Basterds), Lee Daniels (Precious) and Jason Reitman (Up in the Air) could walk away with the Oscar. My vote goes to Kathryn Bigelow for her intelligence, heart, and artistic restraint that she brought to The Hurt Locker.

Best Motion Picture of the Year

Out of the ten films nominated, I think this may come down to The Hurt Locker or Avatar. In the interest of full disclosure I admit that I have been a fan of The Hurt Locker since September 2008 when I was president of the Catholic Jury at the Venice Film Festival and we gave it the SIGNIS Award.  It was the best film in competition at Venice that year.  My vote goes to The Hurt Locker, but anything can happen.

Avatar is a brilliant technological over-achievement that tells a story about humanity and morality; an imaginary landscape on which Cameron has painted an epic. The Hurt Locker gazes intently into the reality of a few good men who do what they do to save others; it is a newsreel about the war in Iraq and Afghanistan, grittier than anything the evening news can deliver. It is up close and personal and we realize, we know what is going on in our name.  The irony here would be if one of the other eight films in this category wins. Regardless, each of these ten films is a picture of the human story worthy of critical analysis as well as contemplation.

Up in the Air resonates with so many people who have lost their jobs and as the George Clooney character learns empathy for the people he fires, so do we.  He doesn’t change a lot, but he learns something about his own humanity.

A Serious Man is the story of the Old Testament Job, and about just as enjoyable. It is an interesting nomination but I doubt it will win, despite being made by two of the best filmmakers out there, Joel and Ethan Coen.

Inglorious Basterds is a clever, if not brilliant, example of expressionist filmmaking from Quentin Tarantino. He takes what is old and makes something new. He is the master of violence as an art form because he distorts to great effect.

Precious: Based on the Novel “Push” by Sapphire is a contender in this category, and I would be content if it wins. But what makes it such a memorable film may be what keeps it from winning: the darkness of the humanity portrayed may overcome the light that wins in the end.

Up has so many dimensions that recommend it as a winning film because it is filled with universal human themes. I think you can find almost every Beatitude expressed in this animated picture.  The art direction and the understanding of the power of image (the silent sequence is amazing) exhibit a profound grasp of cinema as art.

District 9 surprised me. This science fiction drama that achieved so much with so little deserves the “shoe string” award.  Science fiction always asks us to reflect on what it means to be truly human, and District 9, recalling the history of South Africa and other global situations where racism divides, does just that.

The Blind Side –  If the Oscars had an audience award, this film would win.

It’s easy. This year there should be a tie between Food, Inc. and The Cove. Food, Inc. because the lives of the human race will depend on what audiences do with the information in this film. It is immoral to patent life, yet that is what a U.S Supreme Court decision has allowed and a multinational corporation has done it. The Cove is about the capture of dolphins for entertainment and the inhumane slaughter of dolphins for mercury-tainted food. Neither of these films is easy on the digestive track, but they are a call to action because they are about the common good of the human race over profit.

Inglorious Basterds is richly scripted and a very strong contender but has an over-done quality too it. Once again my vote is for the sparse and direct writing of The Hurt Locker (and I think it will win for sound editing, too).  Up’s heartfelt story of a curmudgeon and a young boy who wants “to help” might win and uplift us all.

March 3, 2010 Bl. James Alberione, founder of the Daughters of St. Paul, on cinema
Recent Comments
0 | Leave a Comment
"When did this receive and Academy Award?"
Chrys Who Invented the “Jump Shot”? New ..."
"Character matters. Yeah? What then? Look what sort of character is running to grab power ..."
ounbbl The Hopeful Relevance of “The American ..."
"lol wut"
Bloodeagle 1917 is a relentless video game-like ..."
">To each their own I supposeSo you admit you wasted your time writing what you ..."
GoldRushApple Doubt the Movie
Browse Our Archives
get the latest from
Entertainment
Sign up for our newsletter
POPULAR AT PATHEOS Entertainment
1