In 1917 the Mexican Constitutional Congress adopted a new constitution. It confirmed the separation of church and state first decreed in the 1857 constitution, returned subsoil rights to the government from ownership and control by foreign corporations, established the basis for secular education, and provided for land reforms. Five articles restricted the power and liberty of the Catholic church. These forbade public worship outside of churches, restricted the church’s right to own property, closed monasteries, deprived clergy of civil rights, forbade the wearing of clerical or religious garb, and banned clergy from criticizing the government or commenting on public affairs in the press.

The rigid enforcement of these laws by President Plutarco Elías Calles led to the civil war known as the Cristero War, 1926-29.

Although this tragic conflict may be unknown by this name to many in the United States, many Catholics do know the story of Jesuit Fr. Miguel Pro (1891-1927) who was shot in November 1927 on the order of Calles under the pretext that Pro was part of a plot to assassinate former President Alvaro Obregón. The church canonized Pro in 1988. Calles ordered that the photographs of his killing were to be spread far and wide to discourage the Cristeros; it had the opposite effect.

June 1, 2012 U.N. Me: New doc about U.N. only tears down
Recent Comments
0 | Leave a Comment
">To each their own I supposeSo you admit you wasted your time writing what you ..."
GoldRushApple Doubt the Movie
">neither of the main characters seemed to care about the welfare of the black child ..."
GoldRushApple Doubt the Movie
"WTF?"
Richard B ‘The Curse of La Llorona’ gives ..."
"Thank you!"
SisterRose Magisterium of the People: The Story ..."
Browse Our Archives
get the latest from
Entertainment
Sign up for our newsletter
POPULAR AT PATHEOS Entertainment
1 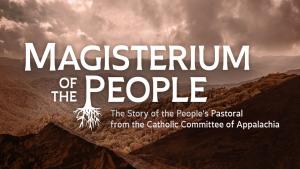 Entertainment
Magisterium of the People: The Story of the...
Sister Rose Movies 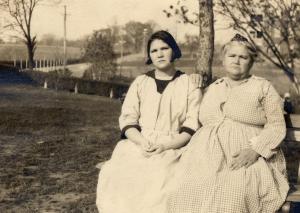 Entertainment
"The Sentence" shows the dark side of mandatory...
Sister Rose Movies
TRENDING AT PATHEOS Entertainment