So you have a movie idea? Want to write a script? 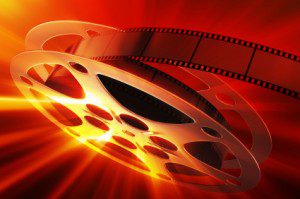 “So You Have a Movie Idea?”

Quite frequently I receive requests to read scripts and story ideas from people who have written scripts, are starting to write one, or want to write one.

For a while I was consulting on scripts but discovered that 99.9% of those who contacted me really didn’t want a critique or analysis as much as they wanted me to tell them they were on to something great. The truth is, good will and passion count, but they are not enough to create a great script.

It takes a lot of work to write a script that pops off the page, and 99.9% of the time, a writer does not sell that first script, or the second. From what I hear, the norm is that the 5th script is the charm. There are exceptions, yes. But these usually get noticed because the writer submits them to contests after honing his or her craft for some time. Or they might meet someone, or know someone who knows someone. Even then, there might be an exception. But if you think your script is that exception, well, in all kindness, don’t bank on it.

If you have a completed script, please visit ActOne. This faith-based group has more than a decade of experience with scripts, faith-based scripts in particular. They have writing and producing training programs and a consultancy service.

Barbara Nicolosi founded ActOne and recently she and Vicki Peterson produced a Podcast “So you have a movie idea” that you can download for $5.00. There are several other Podcasts on the site plus a downloadable form for you to work out your movie proposal.

So you have a movie idea?

Many people at one time or another have an idea for a movie. But is it a viable idea? In this podcast, Barbara Nicolosi and Vicki Peterson explain all the key elements needed for a commercial film. Learn what Hollywood wants to know about your story.

Barbara is also a blogger on Patheos’ click on her banner to the right of this page: Church of the Masses

March 7, 2013 'Beyond the Hills' finds the devil in ignorance, fear
Recent Comments
0 | Leave a Comment
"When did this receive and Academy Award?"
Chrys Who Invented the “Jump Shot”? New ..."
"Character matters. Yeah? What then? Look what sort of character is running to grab power ..."
ounbbl The Hopeful Relevance of “The American ..."
"lol wut"
Bloodeagle 1917 is a relentless video game-like ..."
">To each their own I supposeSo you admit you wasted your time writing what you ..."
GoldRushApple Doubt the Movie
Browse Our Archives
get the latest from
Entertainment
Sign up for our newsletter
POPULAR AT PATHEOS Entertainment
1