Chick-fil-A’s Biblical Family of the Day 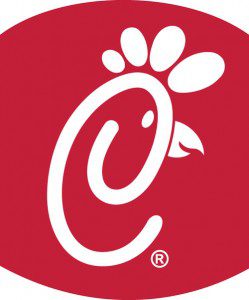 Then the priest shall bring her near, and set her before the Lord; the priest shall take holy water in an earthen vessel, and take some of the dust that is on the floor of the tabernacle and put it into the water. The priest shall set the woman before the Lord, dishevel the woman’s hair, and place in her hands the grain-offering of remembrance, which is the grain-offering of jealousy. In his own hand the priest shall have the water of bitterness that brings the curse. Then the priest shall make her take an oath, saying, “If no man has lain with you, if you have not turned aside to uncleanness while under your husband’s authority, be immune to this water of bitterness that brings the curse. But if you have gone astray while under your husband’s authority, if you have defiled yourself and some man other than your husband has had intercourse with you” — let the priest make the woman take the oath of the curse and say to the woman — “the Lord make you an execration and an oath among your people, when the Lord makes your uterus drop, your womb discharge; now may this water that brings the curse enter your bowels and make your womb discharge, your uterus drop!” And the woman shall say, “Amen. Amen.”

Then the priest shall put these curses in writing, and wash them off into the water of bitterness. He shall make the woman drink the water of bitterness that brings the curse, and the water that brings the curse shall enter her and cause bitter pain. The priest shall take the grain-offering of jealousy out of the woman’s hand, and shall elevate the grain-offering before the Lord and bring it to the altar; and the priest shall take a handful of the grain-offering, as its memorial portion, and turn it into smoke on the altar, and afterwards shall make the woman drink the water. When he has made her drink the water, then, if she has defiled herself and has been unfaithful to her husband, the water that brings the curse shall enter into her and cause bitter pain, and her womb shall discharge, her uterus drop, and the woman shall become an execration among her people. But if the woman has not defiled herself and is clean, then she shall be immune and be able to conceive children.

This is the law in cases of jealousy, when a wife, while under her husband’s authority, goes astray and defiles herself, or when a spirit of jealousy comes on a man and he is jealous of his wife; then he shall set the woman before the Lord, and the priest shall apply this entire law to her. The man shall be free from iniquity, but the woman shall bear her iniquity.