Black swans and blue tarantulas: ‘Without’ and ‘despite’ are not the same

Black swans and blue tarantulas: ‘Without’ and ‘despite’ are not the same December 10, 2012 Fred Clark

Recently came across this quote from Aldous Huxley: “The deepest sin against the human mind is to believe things without evidence.” 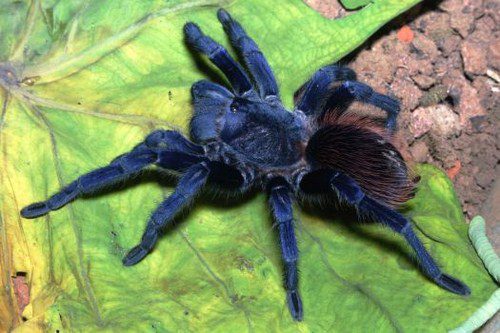 Before leaping to another round of theist/atheist flame-wars over the distinction, keep in mind that this relates to many, many things other than God or religion. It is, for example, why the Fermi paradox is not called “Fermi’s Proof That We Are Alone in the Universe.” Or why one cannot say there’s no such thing as a black swan or a blue tarantula based only on never having seen one.

I’m also not sure that “believe” means what Huxley thinks it means. It doesn’t make sense to speak of believing things with evidence. If we have evidence for the belief, then there’s little point in merely calling it belief. The evidence is what makes it knowledge.

I believe in God. But I do not believe that the Earth is 4.5 billion or so years old — I know that.

As RJS recently wrote in response to Pat Robertson’s surprisingly sensible comments on the age of the Earth: “Arguing for a young earth is as ineffective as arguing that F≠ma, that energy is not conserved, or that a ball thrown into the air will not fall along an easily calculated path.”

We could try to blur that distinction between belief and knowledge with some kind of sliding scale between, at one end, an utter leap of faith, and, at the other end, rock-solid certainty. But few of us really think absolute certainty is ever a feasible claim about anything. And in any case, there would still be some sort of threshold of sufficient evidence below which one would still be committing Huxley’s supposed sin against the human mind. We can’t repair Huxley’s maxim by changing “to believe things without evidence” to “without enough evidence.” That’s just kicking the can down the road.

But to believe things contrary to overwhelming evidence? Yes, that’s a deep sin against the human mind.