1. Stories about things parents would never have to teach their children in a just world: Story Number 1; Story Number 2.

2. Scott Lemieux reminds us that yesterday was the 50th anniversary of one of the greatest pitching duels of all time. 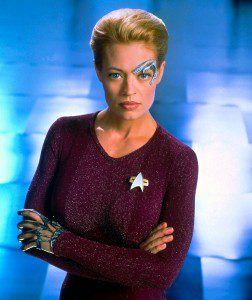 The Giants beat the Braves 1-0 on a solo home run by Willie Mays in the 16th inning. Juan Marichal, who was then 25 years old, got the win, pitching all 16 innings for the shutout. Warren Spahn, 42,  took the loss, pitching all 16 innings on the losing side. Giants manager Alvin Dark tried to pull Marichal for a relief pitcher in the ninth, but Marichal refused to leave the game “as long as that old man is still pitching.” Marichal wound up throwing 227 pitches in that game. Spahn threw 200 before Mays belted the 201st. Daniel Brown interviews some of the players from that game, which Jim Kaplan called “The Greatest Game Ever Pitched.”

3. Carlos Whitaker takes a look at the Oxygen Network’s new reality show, Preachers of L.A., which he finds “a bit nauseating.” The show appears, he says, “a bad idea all the way around.” He’s not wrong.

Watching the trailer I can’t help but wonder if the title refers to what it is these preachers preach — a gospel of “L.A.,” the good news of Hollywood and of Rodeo Drive. With only a few slight edits, this trailer could be teasing an upcoming documentary — a muckraking exposé of the salesmen selling “prosperity” as religion. Except that none of the preachers profiled quite seems to realize that they’re being exposed. They don’t seem to have more than the slightest inkling of how they appear to a watching world.

It is my belief that 100 percent of people who claim to have psychic or similar abilities are frauds. They are occasionally frauds who believe their own steer manure but they are still frauds.

See also the Kyle Swenson article he links to, in which grifters posing as psychic advisers fleece their marks with a message remarkably similar to what some of those L.A. preachers are saying.

5. I’m a big fan of the story of Peter and Cornelius in the 10th and 11th chapters of the New Testament book of Acts. Some American Christians, unlike Peter himself, think that story is just about shellfish, bacon and cheeseburgers and not the gospel of radical inclusiveness I see there. But that radical inclusiveness is a major theme throughout the book of Acts, not just in that one story. Here’s the sermon Katherine Willis Pershey preached on Sunday based on the story told in Acts 8. Same theme. You can’t miss it — the whole story revolves around one question: “What is to prevent me from being baptized?” The man asking that question is Gentile. And a foreigner. And a eunuch. And the answer to his question is “nothing.” Nothing at all.

6. Blow your mind. Or try to, at least. If you need help, here’s some good advice on how to do that from Brian Eno’s “Oblique Strategies” and from Vi Hart’s “Twelve Tones.” That video from Hart is about 30 minutes. It’s more than worth it.

7. Item: “Chris Christie Vetoes Family Planning Funding for the Fifth Time.” So as one Jersey guy to another, here’s a word from the Boss:

Booby said he’d pull out. Bobby stayed in.
Janey had a baby wasn’t any sin.
They were set to marry on a summer day.
Bobby got scared and he ran away …