Like the face of Robert Tilton (without the horns)

• Benjamin Hardy of the Arkansas Times deserves credit for breaking this disturbing story: “A Child Left Unprotected: State Rep. Justin Harris and his wife adopted a young girl through the state Department of Human Services. How did she, six months later, end up in the care of a man who sexually abused her?”

I’ve been following this story on Wonkette, where the horrifying headlines trace the recent developments:

• Officials at the University of Arizona are investigating allegations that a campus church group is an ‘insidious’ cult. The group, called Faith Christian Church, has been accused of “using financial coercion to hold onto members, compelling alienation from parents, and public shaming of members, including shunning former members who leave the church or question its leadership.” 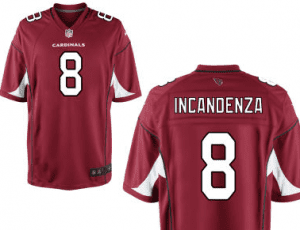 Meanwhile, the University of Oklahoma is also investigating an insidious cult on its campus. That group, called Sigma Alpha Epsilon, was recently exposed as a cesspool of racism, ignorance and an undue sense of entitlement.

• Juan Cole reminds us again that Iran’s Supreme Leader Ali Khamenei hasn’t withdrawn this official comment: “The Islamic Republic, logically, religiously and theoretically, considers the possession of nuclear weapons a grave sin and believes the proliferation of such weapons is senseless, destructive and dangerous.”

As Cole says, “He may be lying.” But then we could say the same thing about every other fatwa issued by the supreme leader, too, yet we tend not to.

That’s how Sarah Kliff describes the latest news from the CBO, which says that “Obamacare subsidies will cost 20 percent less than expected.” The Congressional Budget Office says the federal government is now poised to spend $600 billion less over the next ten years than it was projected to spend before the Affordable Care Act was passed, before a single dollar of Obamacare spending was included in that estimate.

• Pat Lackey discusses Parks and Recreation, being a Pirates fan, and “The Strange Weight of Optimism.” (It is March. Matt Harvey and Jacob deGrom are healthy, and even I am feeling this strange weight. But as a Mets fan, I’m also reassured that I will be relieved of its burden by, say, mid-May.)

• Speaking of Parks and Rec, show-runner Mike Schur is a big fan of Infinite Jest, and even owns the film rights to David Foster Wallace’s beautiful mess of a masterpiece. Now that he’s done with his TV show and has some time on his hands, here’s my plea to Schur: Please, do not try to make an Infinite Jest movie! Talk to HBO instead. (Or to Netflix — whose initial DVD-subscription business model was straight out of the book.) It wants to be a series, please, not a movie.