This is a post from five years ago but, alas, it’s not out of date. What I’m struggling to address here is a weird belief that seems to be the source of a lot of pain for a lot of people — both for the Christians trapped in this form of belief and for the millions of others (many of whom are also Christians) who have to live in a world shaped by the consequences of this weird belief.

This blasphemous accusation arises whenever we find our fallible conscience in conflict with our fallible perception of a divine commandment. It arises because we’ve had it drilled into our heads that our conscience is fallible and not always trustworthy, while at the same time we’ve desperately pretended that our perception of “God’s will” or “God’s commands” is not just as fallible and untrustworthy. So we wind up deferring to the latter, subordinating conscience to a dreadful obedience of a dreadful command.

That’s a terribly uncomfortable place to be, but it’s where millions of white evangelical Christians in America find themselves because it’s where they’ve been taught to believe they are required to be. They wish they could have a faith that better aligned with what their nagging conscience is telling them would be more good, more beautiful, more true, more just, and more loving, but they’ve been taught to believe that such faith is not permitted.

So what I want to say to them is this: You have permission. You are, hereby, permitted and allowed to believe that God is not less good, less loving, less fair, less compassionate, or less abounding in steadfast love than your conscience is telling you that you should be.

Come on in, the water is fine. 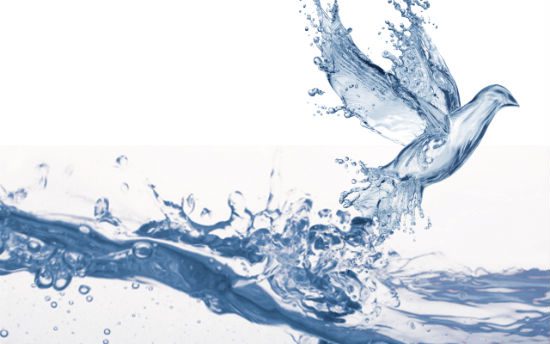 The original post from July 2012 — “Maybe God is a better person than you think” — is reprinted below.

Jesus Creed serves up a guest post by Jeff Cook on one of my least favorite topics: “apologetics” and those awful show-debates between Christians and new atheists.

I love dialogue. I do not love this approach to “debate.” It turns the conversation into a matter of winning and pushes participants away from their complementary quest for truth and towards thinking of themselves as members of Team Christian and Team Atheist. That’s not particularly instructive, interesting, or even entertaining.

That tendency infects some of Cook’s post, which reads in places a bit like a coach’s half-time speech for Team Christian (ugh). But if we look past that to the main point of his post, I think he’s saying something rather interesting and important.

After watching a debate between Team Atheist All-Star Sam Harris and some representative of Team Christian, Cook says:

Cook cites Pascal, who said that Christianity is bound to be despised unless it seems like something that a good person would wish to be true.

What we quite often see these days, instead, is a form of Christianity that no one wishes to be true — not even many of its believers.

Think again of that “I Am Not Charles Worley” essay. I don’t mean to keep picking on poor Halee Gray Scott for writing that, but it’s too useful here to ignore as a classic example of what I’ve elsewhere called reluctant bigotry.

Scott is correct to say that she’s different from the enthusiastically anti-gay bigot Charles “Concentration Camp” Worley. Worley loves the idea that his faith requires him to exclude and condemn. The opportunity to rail against the evil Other and to campaign against the civil rights of LGBT people is, for him, one of the most attractive features of his brand of Christianity.

Here’s the really, really weird part of this: Conservative evangelicals reading this are now convinced that what I’m saying here is that we need to reinvent God according to our own preferences. They think I’m saying we need to change what God is really like and who God really is in order to make the idea of God more popular — more palatable and more acceptable.

Let that sink in for a second. Consider the assumptions that shape that criticism — what one would have to presume in order for that criticism to make any sense at all.

In this view, God could decide to cherish us, but simply decides not to. That’s worse than “distasteful,” that’s Lovecraftian.