We have violent rivers that nobody goes near

We have violent rivers that nobody goes near January 17, 2018 Fred Clark

• Paul Davidson examines the “Plausibility and Purpose of Paul’s Sea Voyage in Acts 27.” My conservative evangelical friends won’t likely enjoy his conclusions about this story’s plausibility, but I hope they’ll still take a look at his fascinating thoughts on its purpose. His final sentence is worth pondering:

“Did this really happen?” is often a question worth asking, but “Why did the author write it this way?” is just as important.

That distinction is why I always enjoy Davidson’s discussions. It’s also where I, as an English major, tend to get in trouble with my conservative evangelical friends. They tend to read this story — and every story in the Bible — with an almost exclusive focus on that first question: “Did this ‘really’ happen?” They do this even when the author makes it quite clear that this question is beside their point. A preoccupation with reading everything as literal, modern history — and thus with proving everything to be literal, modern history — tends to make one miss the author’s point. (The same is true, of course, for those who read such stories while obsessing over disproving their literal, modern history.)

We have very little idea who evangelicals are, where they go to church (if they do), what they believe, or what difference those potential beliefs make in the larger world. Perhaps the best way of thinking about evangelicals is to think of them as a group of people supporting a particular identity, not unlike the fans of a sports team.

Some people may really like the Boston Celtics because they grew up in the Northeast or because the family loved the Celtics. So they buy the jerseys and follow the scores. They are happy when the Celtics win and frustrated in the rebuilding years. But the star player can get traded to the Golden State Warriors and they simply adjust to the new player who took his place, buying a new jersey next time they can. In this sense, their loyalty is to the idea of the Celtics more than to any actual Celtics.

In the same sense, then, I would argue that everyday evangelical are attracted to the idea of being known as an evangelical. To be a person who takes the Bible seriously. To react negatively about a variety of social changes in recent decades, being what Robert Jones of PRRI referred to as “nostalgia voters”. To stand in opposition to “liberals” or “secularists” in much the same way a Celtics fan might rabidly dislike the Cavaliers. To have Donald Trump elected president is seen as a win for the team.

• Here’s a fun story from local reporter Paul Catala of Lakeland, Florida’s The Ledger: “House in a box: Polk County homes from the pages of Sears.”

And although thousands have become victims to neglect, despair or progress, Sears Catalog Homes can still be found across the United States, from Ohio, Illinois and New York, down into Central Florida and Polk County.

I grew up in one of these houses in Middlesex County, New Jersey. We got a history lesson on the house from a Rutgers professor who came by, very excited to see the place. He was disappointed that my parents had added an extension to the original second floor, but he was thrilled to see that our front door still had the original door knob, the one shipped to the site by rail along with the blueprints and the rest of the house-in-a-box kit from Sears. He took a lot of pictures of that door knob. 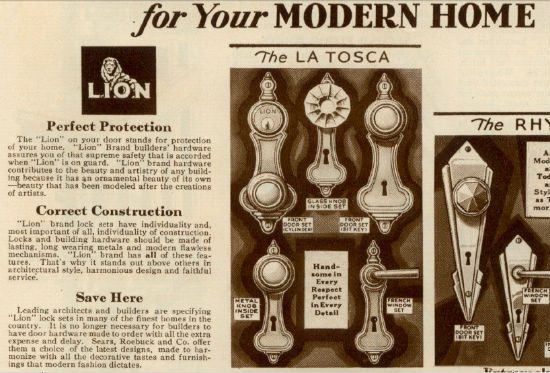 • I hadn’t realized that Paul Pressler — one of the architects of the conservative transformation of the Southern Baptist Convention — was still alive. He is. He’s 87 and he’s facing a lawsuit by his long-time personal assistant “who alleges the onetime Texas appeals court judge sexually abused him over the course of several decades.”

Pressler’s defenders borrow from the script of disgraced-and-finally-dead Archbishop Bernard Law, arguing that the accusations are not credible because they come from a man whose life has been a long downward spiral involving addiction and incarceration. Others point out that this makes the accusations more credible, because this personal history is exactly what one might expect from someone who was, from a very young age, subjected to years of sexual and spiritual abuse.

• The “Christian Yellow Pages” was a thing, back when the Yellow Pages were still a thing. They were memorably mocked by Steve Taylor on his Meltdown album:

So you need a new car?
Let your fingers take a walk
Through the business guide for the born-again flock
You’ll be keeping all your money
In the kingdom now
And you’ll only drink milk from a Christian cow

But the Christian Yellow Pages are so 20th Century. Here in the 21st Century, we have instead CT Global Coin, a “Cryptocurrency for the Global Christian Community.” Because the newest way of making money is by literally making money.

Missed marketing opportunity there, I think, for not targeting this at Post-Tribbers worried about buying and selling without the Mark of the Beast. I also don’t think it’s wise to keep repeating the word “Global” in your pitch to cryptocurrency speculators.

• The title of this post comes from President Donald Trump, describing his idea of the southern border of the United States in a bonkers interview with The Wall Street Journal. No one has any idea what he was referring to there.

January 18, 2018 It's never quite as it seems
Recent Comments
0 | Leave a Comment
Browse Our Archives
get the latest from
slacktivist
Sign up for our newsletter
POPULAR AT PATHEOS Progressive Christian
1