I write about imaginary monsters quite a bit, because they’re one of the main reasons we can’t have nice things. Over the course of the past generation, the desire to pretend to believe in Satanic baby-killers has wholly transformed one of America’s most vibrant religious traditions and, as an intended consequence, wholly transformed one of America’s two political parties, leading to its takeover of all three branches of government.

We’ve got less than a month to start to change that, so anybody who wants to live in a world that’s not governed by fantasy-role-playing self-righteous Van Helsing wanna-bes battling against imaginary Satanic baby-killers by handing all power over to corporate oligarchs — i.e., most people — needs to be busy working the phones, knocking on doors, and talking to friends, neighbors, co-workers and strangers about the urgent need to show up and vote and preserve the republic.

But it should be possible to do all of that and still go to a Halloween party. We deserve at least a few hours to take a break from resisting the Heroic Champions Against Imaginary Monsters and enjoy dressing up like imaginary monsters that we aren’t choosing to pretend to believe are actually real.

Five minutes on Google will turn up dozens of lists of Halloween party classics. Most of these are fine lists, and an excellent resource for anyone compiling a playlist for a Halloween party or to play as Trick-or-treaters come to the door. No need for me to duplicate all of those efforts by providing the umpteenth reminder to include “Thriller” and “Somebody’s Watching Me” and “Bela Lugosi’s Dead” and “The Monster Mash.” (Nor to remind you, as the Twitter joke has it, that you’ve never actually heard “The Monster Mash,” you’ve only ever heard Bobby Pickett’s song about the Monster Mash.)

Instead, let me recommend some songs that I didn’t see on any of those lists. Some of these are straight-up Halloween-themed songs featuring vampires or ghosts or other things that go bump in the night. Others are just sort of creepy — musically or thematically or sometimes ineffably so. Some or all of these might make fine additions to any Halloween party playlist.

There are 31 songs here, because October.

• “The Shankill Butchers” The Decemberists. I like Sarah Jarosz’s version. Best if sung as a lullaby while tucking the little ones into bed.

• “Song of Joy” Nick Cave. Similar to the above, but in this one the reaving butcher knocks at your door and ever-so politely asks to be invited in (the outcome won’t be any different, but he’s a civil butcher). Just about every Nick Cave song  about death or murder works for a Halloween playlist. If you can find any of the Nick Cave songs that aren’t about death or murder, those would probably work too.

• “Theme from A Summer Place” Percy Faith. Might seem out of place, but imagine this running behind any Jessica Lange monologue on American Horror Story and you’ll see what I mean. Deck your house out in purple lights, strobes, cobwebs, and fake skeletons, then play this as the Trick-or-treaters arrive. Trust me, it’s scary.

• “Goo Goo Muck” The Cramps. Psychobilly surf-punk with a Universal Studios monster-movie sensibility. The Cramps are another band where you can just play random album sides and your Halloween party is good to go. Heck, start playing Cramps albums and you may wind up with a Halloween party whether you wanted one or not.

• “All You Zombies,” The Hooters. The zombies in this song are a metaphor, not the George Romero/Walking Dead monsters we all know and love, but the same is true for the Cranberries’ “Zombie” and that doesn’t keep people from sticking it on all those other Halloween playlists. I’d argue both songs are Halloween-appropriate because they’re apocalyptic, an earlier, healthier genre that’s sorta related to horror.

Also too, here in Philly we’re required by law to include the Hooters in these lists.

• “A Thousand Feet Below” Terry Tyler. This is also from Philly, which is about all anyone knows for sure about this weird entry in the ’60s fad of dead-teenager songs.

• “Timothy” The Buoys. Not everyone agrees, but I like sprinkling in the occasional wtf-was-that? song in playlists. Here’s Rupert Holmes telling the story and performing his first radio hit.

• “In the Room Where You Sleep” Dead Man’s Bones. We’ve discussed Ryan Gosling’s Halloween-band side project previously in a post on celebrity vanity albums. Here they are with some adorably costumed school kids.

• “Wicked Game” Chris Isaak. This is in the just-kinda-creepy category, but if you need a more specific Halloween-related excuse, just contemplate what happened to Isaak in Fire Walk With Me.

• “No. 1 Crush” Garbage. Again, just creepy is all. A love song for a graveyard.

• “Hotel California” The Eagles. This is a sun-baked West Coast version of “There’s a Light (Over at the Frankenstein Place).” It’s the classic horror-movie premise of a traveler on a dark highway knocking on the wrong door, but with colitas and mission bells instead of fog and hooting owls. That’s all pretty creepy, but nowhere near as scary as the white evangelical urban legends woven around this song during the initial wave of the (resurgent) Satanic Panic.

• “Teenagers” My Chemical Romance. Certainly scary, but too soon? According to some, it’s always too soon.

• “One Way or Another” Blondie. If Michael Myers could sing a song to Jamie Lee Curtis, it would be this one.

• “The Ballad of Peter Pumpkinhead” XTC. Really just a lovely parable about a Christ figure, with Andy Partridge offering better theology than you’ll get in 90 percent of churches. But pumpkins, see? Pumpkins.

• “What’s He Building in There?” Tom Waits. “He used to have a consulting business in Indo-neees-ia.” A song about that one house on the block that you’re not allowed to go to for Trick-or-Treat.

• “Murder in the Trailerpark” Cowboy Junkies.

• “Down by the Water” PJ Harvey. The story in this song is way scarier than the story in “Wildfire.”

• “Stan” Eminem. Same with this story.

• “Sweet Dreams” Eurythmics. Marilyn Manson tried to make this creepier, but only managed to make it almost-as-creepy.

• “I Only Have Eyes For You” The Flamingos. I was going to include Nerf Herder’s theme for Buffy the Vampire Slayer, or maybe the Darling Violetta theme song for Angel, but this kind of covers both of those.

• “The Knoxville Girl” The Louvin Brothers. Why does he kill her? He doesn’t even know, doesn’t need a reason. Scary. Even scarier: this was a Top 20 hit in 1956, then again in 1959 for a different set of creepily upbeat brothers.

• “Mmm Mmm Mmm Mmm” Crash Test Dummies. Forget about all the ghosts, goblins, witches, skeletons, and other bogey men we try to scare each other with every Halloween, here’s a song about the way we withhold kindness from those who are different. That’s the stuff of nightmares.

• “Haunted” Sinead O’Connor and The Pogues. “Haunted by the ghost” qualifies as a Halloween-worthy lyric, but maybe what really qualifies it is that it’s a sweet, happy love song that’s sung with the sense that such bliss will never be an option for either singer.

• “Mad World” Gary Jules. And/or anything/everything else from the Donnie Darko soundtrack.

• “Devil Inside” INXS. Every single one of us.

• “Moondance” Van Morrison. If you look at the Halloween decorations in any store that carries them, they always have one little section that’s not-at-all Halloween-related — it’s just harvest-y, autumn-y stuff like hay bales and gourds and Indian corn. Maybe a Halloween playlist should work the same way, ‘neath the cover of October skies. (Additional/alternative entry of this sort: “Harvest Moon” by Neil Young.) 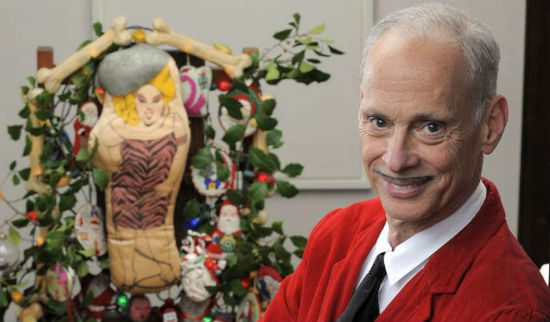