What Does it Mean to Lament? 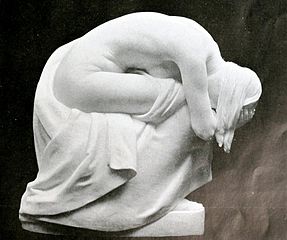 Over the last couple of days, I have realized that lament is such a foreign concept for many of us as Westerners that I might have been making too big of a leap in assuming that people knew what I meant by lament.  So, I offer a few more thoughts here about what lament is and what it might mean for us to lament the recent theater shooting in Aurora.

To lament is to come alongside those who grieve, to sit with them (literally or figuratively) in the silence and to recognize there that in God’s interconnected creation, their pain is our pain.  We might, in the silence, consider how it is that we share in the same pain.  To lament is not to offer words of comfort; it is not to try to fix the problem or to prevent it from ever happening again.  I have heard many people voice their disgust about how quickly the Aurora tragedy was politicized, by both major political parties.  Diving headlong into a debate about gun control is not lament. I’m inclined to think that Western culture is obsessed with violence, and that gun control is one way of giving us pause about our cultural love affair with violent force, but now is not really the time to discuss that.

For those of us who are further removed from tragedies like the one in Aurora, lament is a time for the hard work of searching our own souls, for the the sorts of rebellion and violence that if untended could burst out in violence toward others.  I am reminded here of the words of Thomas Merton:

“Instead of hating the people you think are war-makers, hate the appetites and disorder in your own soul, which are the causes of war. If you love peace, then hate injustice, hate tyranny, hate greed – but hate these things in yourself, not in another.”

In the open sharing time of our service at Englewood Christian Church yesterday, one our of dear sisters told a fitting story of how she had bought a used car earlier in the week, only to have the transmission go out within days of the purchase. She confessed the various sorts of rage that she had felt in this situation, and also told of how the situation was resolved (nearly miraculously) without her having to express her rage to the seller. It was refreshing for her to make this confession because this sort of rage and desire to force our will upon others — whatever the cost — lurks inside of all of us.

There is more that I would like to address about lament, about how healthy lament eventually leads to conversation, and about how we how very little imagination for peace and reconciliation, but these will have to wait until later this week…

July 21, 2012
Lament and the Aurora theater shooting.
Next Post 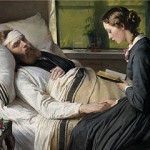 July 24, 2012 Lament, Confession and The Politics of Jesus.
Recent Comments
0 | Leave a Comment
"Every normal person wants to help those in need as we can.Church groups have the ..."
Bob Shiloh A Politics of Hope in the ..."
"Hi Abe; Are your mom and dad, Kath' & Tony? If so, then you have ..."
Steev Rush Garrett JPUSA: A Tragic History of Sexual ..."
"https://www.christianbook.c...One of the best books I've ever read!"
Nimblewill Reflecting On The Worst Christian Book ..."
"Yes...but I think you commented in the wrong post. ^^;;"
The Mouse Avenger Remembering Mr. Rogers.
Browse Our Archives
Related posts from Slow Church