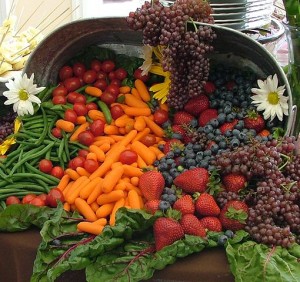 This week I am going to be doing a daily series on gratitude, since this virtue plays a vital role in our understanding of Slow Church, and since of course, our readers in the U.S. will celebrate the Thanksgiving holiday later this week…

When reflecting on gratitude, it is helpful for us to begin by considering its roots in God’s abundant provision for creation.

All major economic systems — and especially capitalism — are built upon the assumption of scarcity of resources, an assumption that when scrutinized in the light of the scriptural narrative is simply false. Walter Brueggemann observes in an essay entitled “The Liturgy of Abundance, The Myth of Scarcity” that he wrote for the Christian Century (which is well-worth your time to read in its entirety):

“[The Myth of Scarcity] ends in despair. It gives us a present tense of anxiety, fear, greed and brutality. It produces child and wife abuse, indifference to the poor, the buildup of armaments, divisions between people, and environmental racism. It tells us not to care about anyone but ourselves — and it is the prevailing creed of American society.”

Although many people in the world are certainly faced with the appearances of scarcity, due to greed and the challenges of distributing resources, God provides abundantly for the sustenance of creation.  Gerhard Lohfink puts it this way:

Nature luxuriates.  What an opulence of flowers and butterflies alone!  What a superfluity of seeds to produce a single living thing!  What an expenditure of solar systems, Milky Ways, and spiral nebulae!  An entire universe is squandered in order to produce more and more costly forms of life on a single planet and to prepare a place for the human spirit.

The Psalms are full of the praises of God’s abundance.  Psalm 104, for instance, is perhaps one of the most powerful hymns to the abundance of God, and as Brueggemann has noted, this Psalm is a commentary on the creation story of Genesis 1.  One of my favorite stories of God’s abundance in the New Testament is the one that is often called “the feeding of the 5000,” although as Gerhard Lohfink has emphasized, the particular details of the story indicate that what unfolded was not a mere “feeding” but an extraordinary feast.  In reflecting on this banquet story and on the nature of the abundance of God’s kingdom, it is important for us to reflect on how Jesus provided for the gathered crowds.  In order to address this question, Lohfink observes that it is helpful to consider how Jesus engaged the world’s wisdom (one could say the myth of scarcity) which shaped the disciples’ thinking.  Their first instinct was, since it was getting to be time for a meal, to send the crowds away to find something to eat, which is to say that they didn’t have the food to feed the crowd, so the people should be left to fend for themselves (Mark 6:36).

Jesus quickly stops this train of thought with the command “You give them something to eat” (v. 37).  The disciples then scramble to do the math, calculating how much it will cost to feed a crowd of this size, and ask Jesus “are we to buy 200 denarii worth of bread, and give it to them to eat?” (v. 37).  There is an implication again that this amount of money was more than the disciples had, so their questions had the tone of “and WHERE are we going to get this money?”  Jesus knows however that in their calculations, they have only made allowance for minimal sustenance for each person, and thus, he rejects this idea as well. Lohfink notes:

…the reign of God is far more than that!  In it not only will need be satisfied; its essence is superabundance.  In the reign of God the divine fullness will shine forth.  But above all: an act of well-organized aid such as the disciples suggest would not really change the world.  Society would remain what it is.  It would constantly produce new structures of misery and the disciples would have to run panting back and forth non-stop to organize help for the hungry without ever putting an end to suffering.  (146)

Jesus thus instructs the disciples to organize the people into groups of 50 and 100, an order that follows after God’s organization of Israel in Exodus 18:25. Lohfink notes that this method was used to organize the people into dining groups that could see that everyone in their group would be fed.  We have often been taught that this story is a miraculous one, but the miracle here – according to Lohfink’s reading, is that the people, under the blessing of Jesus, did not act according to the myth of scarcity, but generously shared their food with groups into which they had been gathered.  This is, in Lohfink’s word “a miracle drawn from what is already present,” the superabundant providence of God.

Perhaps the most powerful biblical story of a community that bore witness to the abundant economy of the God’s Kingdom was the people who were gathered in Jerusalem in the days after Pentecost.  We read in Acts 4 that:

Now the whole group of those who believed were of one heart and soul, and no one claimed private ownership of any possessions, but everything they owned was held in common. With great power the apostles gave their testimony to the resurrection of the Lord Jesus, and great grace was upon them all. There was not a needy person among them, for as many as owned lands or houses sold them and brought the proceeds of what was sold. They laid it at the apostles’ feet, and it was distributed to each as any had need. There was a Levite, a native of Cyprus, Joseph, to whom the apostles gave the name Barnabas (which means ‘son of encouragement’). He sold a field that belonged to him, then brought the money, and laid it at the apostles’ feet. (v. 32-37)

These early Christians, were not driven by fear to hoard resources, but held them in common, and among them poverty had been abolished. When needs or opportunities arose, people who had resources stepped up and made them available. This story has captured the economic imaginations of various Christian groups throughout the last two millennia (e.g., certain monastic and Anabaptist communities), but it largely fails to do so among Western churches today.

So, we must ask ourselves: what is the basic economic story under which we are living? One of scarcity? Or one of God’s abundance? If we are living under a mythology of scarcity, it will be very difficult for us to be grateful people because in a world of scarce resources we can never rest and be content. 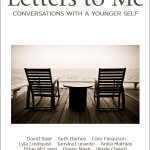 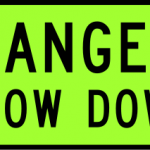