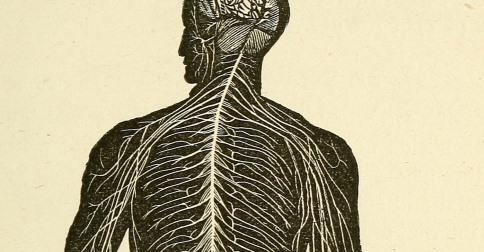 With the new year, I have dived head-first into a new book project on initiating and sustaining practices of conversation in our churches. My goal is to have a solid draft of the full manuscript by the end of the year. Occasionally, I will use this blog as a sketchpad to write early drafts of ideas and stories that may (or may not) find their way into the book. Watch for the book in 2018 from Brazos Press.

To be created in the image of the triune God is to exist as a conversation. God, as trinity, exists as three “persons” in an eternal conversation with one another: Father, Son, and Holy Spirit, listening and responding, giving and receiving with one another. Similarly, our bodies are the product of – and situated within – particular genetic, cultural, and socioeconomic conversations.  We exist as the result of the intimate conversation – and interaction – of our biological parents (or perhaps in some cases, such as that of in vitro fertilization, a conversation that may include others beyond our biological mother and father), and we are an extension of the conversations and histories that they embodied. We exist within places that have in some sense been cultivated by a many-dimensional conversation (law, science, language, geography, etc.) Although language is a fundamental medium of conversation, it is also continually being negotiated in a sort of conversation, as the meanings and usage of words change over time. As we learn to speak and eventually to read, we are being immersed in a particular conversation.  Even the most isolated of hermits was born and raised as part of a conversation, and cannot escape the deeply conversational nature of reality. Not only language, but clothes, food, housing, and many of facets of life are extensions of particular social conversations.

Our existence, as I have described it in the previous paragraph is situated within conversations external to ourselves.  An individual’s body, however, can also be described as an internal sort of conversation. The diverse parts of our body move together, embodying an intricate conversation of mind, nerves, muscles, tendons, bones, etc. We might be tempted to reduce the movements of our bodies to a uni-directional flow from our brain to the parts of our bodies that carry out a particular motion, but to do so is to ignore the ways that our various members reply to one another and to the brain with pain, pleasure, exhaustion, etc. In a healthy body, these responses are heeded, and the body may adapt its action in accord with the response, or may cease this particular action altogether.

For human beings created in the image of a God who exists as conversation, we cannot escape living within, and indeed being, conversations.  And yet, in the present age, certain kinds of conversations – particularly with people who are of different socioeconomic, ideological, or ethnic identities – can seem extraordinarily difficult, if not impossible. The project that I am undertaking in this book is an exploration of the habits and dispositions that we need to recover in order to bear witness more faithfully to the God who is conversation and who longs to know and be in conversation with humanity and all of the order of creation.

For the next few posts, I will probe the conversational nature of the Trinity (as well as the ways in which this nature is reflected in our bodies.) Specifically, I will focus on these characteristics of the Trinity:

I hope that you will stay tuned, and please respond in the comments if you feel compelled to do so. It’s almost needless to say, but conversation is an important part of refining these thoughts.

December 1, 2016
The Hopeful Politics of "Everyday Attentive Reciprocity"
Next Post