The March 2015 issue of Charisma magazine includes an article entitled “Here’s How the New Christian Left is Twisting the Gospel.” Now, I’m not familiar enough with Charisma‘s digital reach to say whether or not this article went “viral,” but I can tell you that the online version has been shared 676,000 times over the last nine days and that it popped up three times on my own Facebook feed.

There is so much wrong with this article that it makes my head swirl. And yet I can’t get over how predictable it is too. It’s a smorgasbord of familiar attacks. The author, Chelsen Vicari, decries “scare tactics and fear” but then blames the “New Christian Left” for “killing the church’s public witness.”  Make no mistake, Christian progressives are the real enemy in Vicari’s essay:

“The importance of arming the next generation of evangelicals cannot be overstated…We must offer sorely needed leadership, but before we can do that, we need to know exactly whom and what we are up against.”

“Arming the next generation of evangelicals”…for their struggle against other followers of Jesus? This is just the worst.

Vicari says that liberals dressed in Christian clothing are coming to steal away your children. They are on your son’s or daughter’s Christian college campus right now. And they are the reason so many young people are leaving the church.

Well, I’ve seen the research about Millennials and the church. I was even asked by the Barna Research Group to contribute some writing to a monograph on the subject. What was striking to me as I dug into the research was not how different Millennials are from you and me, but how similar. Like all of us, Millennials want to be a part of something meaningful, to give their lives to something bigger than themselves. They hear about a Jesus Revolution, but what they find in many churches is something starkly different. They find many churches to be disconnected from – if not in outright opposition to – the daily hopes and joys of real people in real neighborhoods. Churches often seem out-of-touch, afraid of science, and riddled with political striving. They operate less like organic communities and more like machines carefully structured to achieve their own internal goals: attendance, financial obligations, influence, and control.

According to Vicari, a big part of what’s needed to get Millennials into church is more culture warriors, more “seasoned Christian soldiers,” and a resurgent Religious Right. Apparently what it means to be the church – the peculiar people of God – doesn’t include embodying an alternative to a culture of violence and the economics of self-interest. To be “countercultural” – her word, not mine – is to realign ourselves with the political party controlling two of the three branches of federal government.

I’m not a Republican or a Democrat. I’m not a part of the “New Christian Left,” whatever that is. I am an evangelical, though it gains me nothing these days to admit it. Vicari is not my enemy, nor are the 676,000 people who have shared her article this week. I claim them as beloved brothers and sisters, even if they don’t claim me. Yet Vicari says that adults need to prepare kids “to deal with the very real hostility that faces young evangelicals.” While they’re at it, they should prepare kids for the attacks they’ll get from other Christians. When the right hand starts hacking away at the left, no part of the body is safe.

Unfortunately, this article is as toxic as anything Vicari warns us against. The picture is much bigger. The landscape is much more complicated. If we want those around us to experience the love of Jesus and the beauty and mystery of Scripture, we owe it to everyone to do a better job of discerning who the enemy is and who the enemy absolutely is not.

March 28, 2015 Indiana's New RFRA Bill Hits Home on Indy's Near Eastside
Recent Comments
0 | Leave a Comment
"Every normal person wants to help those in need as we can.Church groups have the ..."
Bob Shiloh A Politics of Hope in the ..."
"Hi Abe; Are your mom and dad, Kath' & Tony? If so, then you have ..."
Steev Rush Garrett JPUSA: A Tragic History of Sexual ..."
"https://www.christianbook.c...One of the best books I've ever read!"
Nimblewill Reflecting On The Worst Christian Book ..."
"Yes...but I think you commented in the wrong post. ^^;;"
The Mouse Avenger Remembering Mr. Rogers.
Browse Our Archives
Related posts from Slow Church 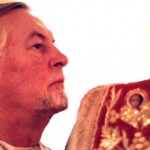