Belonging to our Places. Liberty Hyde Bailey and My Explorations in Urban Naturalism

Belonging to our Places. Liberty Hyde Bailey and My Explorations in Urban Naturalism March 15, 2013 Christopher Smith 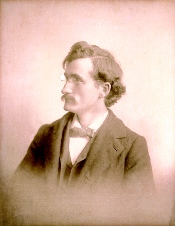 Today is the birthday of Liberty Hyde Bailey…

Bailey was one of the preeminent American botanists and horticulturists in the early twentieth century.  He also was an agrarian writer who wrote quite a bit about nature — nature poetry, nature education, conservation, etc. — and his work was deeply influential on Wendell Berry, and other more recent agrarian writers.

Berry pays tribute in his essay “A Practical Hamony,” (LGT: the part of this essay on Bailey via Google Books)  Bailey’s classic apologia for creation care, The Holy Earth, mentioned by Berry in the above essay is available for free as a Kindle ebook (and in other ebook formats via Project Gutenberg).

Earlier this week, a reflection of mine on “belonging to our places” was posted as part of the Lenten series on Christine Sine’s blog:

I was deeply moved by the story of the Spanish painter, Antonio López García, as it was told by art critic Daniel Siedell in a recent Books and Culture review:

For most of us, the world is no longer a cause of fascination, of sustained contemplation and reflection. A bird is just a bird, a vase of flowers just that, and the grace of this man or the charm of that woman is buried beneath a multitude of judgments we make about them as they pass us. This is the “real world,” the world in which as Cervantes writes, an inn is just an inn.   …

One of the more remarkable and stubbornly beautiful and seductive objects in the world for López García is the quince tree in his backyard. For decades he has tried to paint this simple tree as it absorbs and refracts the sunlight. In 1992 filmmaker, Victor Erice was given unique access to the artist’s world to make the award-winning documentary El Sol del Membrillo (The Quince Tree of the Sun). The film tells the story of López García’s approach to art through his relationship with this little tree, which he feels the urge to paint every autumn. And yet every autumn it thwarts his attempt to capture his experience of it.

In a similar way, I have for several years now been getting to know my own immediate urban neighborhood in Indianapolis, an undertaking that I like to call urban naturalism. Inspired by the poetry of early twentieth century agrarian Liberty Hyde Bailey, I walk the streets and paths of the neighborhood, take pictures, climb trees, look, listen and often write.

Several years ago, I wrote an appreciative essay on Bailey’s poetry which is now the introduction to the current edition of Bailey’s primary volume of poetry Wind and Weather… This essay offers a rich perspective on why Bailey’s poetry is an important guide in the direction that we would eventually come to call Slow Church…

And in the same vein, I’ve written a few pieces on Bailey and urban naturalism for CATAPULT magazine over the last five years:

And finally, enough of me blabbering on about Bailey’s poetry, you should read some first hand:

Tell me, O Poet, where thou dost live

Show me the place whereon thou dost stand

Lead me to the crests that give

Those wondrous scenes thou dost command

And let my waiting soul enwreathe

The rarer airs that thou dost breathe

Upon thy diamond shore.

He took me by the hand

And led me to my own hearthstone

We paused upon the wonted floor

Till all the space was over-pent

With a magic wonderment;

And I found the Poet’s store

On the threshold of my door.

Also, The Englewood Review of Books has posted a number of Bailey’s poems over the last few years,
Including “Hands” which is their poem of the day today for Bailey’s birthday
(and a wonderful testimony to the virtue of good, hard work.) 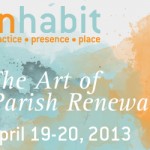 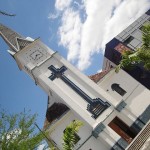