Reflecting On The Worst Christian Book Covers of 2013!

Although this list has drawn a huge amount of attention, laughter, and sharing on social media, it also has had some critics.

I thought therefore that I would write a bit here about how and why we have done this list (as it has some continuity with John and I’s Slow Church project), and hopefully address some of the concerns that critics have raised.

One common misconception is that the list is primarily about design. Yes, design is one key piece of our evaluation, but this project is primarily about Christianity and marketing, about covers as a representation of the full book (including titles, concept and categorization of the book, as well as design). This is why Amish Vampires in Space topped our list. Yes, of course, by any technical specifications, it had a professional and relatively well-designed cover (and especially in contrast to some of the other books here that decidedly did not).  But what drove this work to the top of our list was its mere existence, the absurdity of the way in which it baldly mashed up popular genres in a single book.

What we were critiquing  was certainly not the authors, or even the designers, but the marketing of the product. (Although as one astute commenter pointed out, we probably crossed a line in picking one book whose cover was intimately tied up with the author’s personal story, blurring the lines between person and product. Lesson learned.)   A recurring theme on this list is the Christian romance novel (and sub-genres including Amish, and … who knew?… Oregon Trail).  Why do Christian Romance Novels even exist? Yes, I know the textbook answer to this question is that there is a market for them, but really, what do romance novels have to do with following Christ? Seriously… If someone could offer a thoughtful and careful theological justification for their existence, I would certainly publish it in the ERB, but I am highly skeptical that this task is possible.

Throughout modern history, as Willie Jennings has pointed out in his important book The Christian Imagination, since our culture and economies are no longer tied to the places we inhabit, our imagination is left to be shaped the “invisible” forces of the market.  These market realities have, Jennings explains in great detail, wreaked much destruction: racially, ecologically and economically. It’s a tricky game, of course, (the Slow Church book is, for instance, coming out from a Christian-market publisher), but at the very least, we should name these instances — and have some fun — when the marketing forces spin wildly out of control. The shared life of our churches is dictated to a large extent by the forces of the market, from the songs we sing and the curricula we use, to the perhaps more insidious philosophies of the Church Growth Movement. Slow Church is in large part a reaction to the effects of marketing culture on our churches, a call to the long and un-sexy work of forming deeply rooted and distinctive local congregations in which the ebb and flow of Christian markets have little effect. 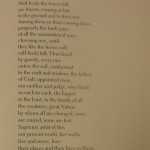 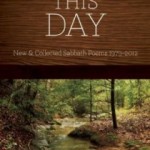 December 18, 2013 The most important book of 2013...
Recent Comments
0 | Leave a Comment
"Every normal person wants to help those in need as we can.Church groups have the ..."
Bob Shiloh A Politics of Hope in the ..."
"Hi Abe; Are your mom and dad, Kath' & Tony? If so, then you have ..."
Steev Rush Garrett JPUSA: A Tragic History of Sexual ..."
"https://www.christianbook.c...One of the best books I've ever read!"
Nimblewill Reflecting On The Worst Christian Book ..."
"Yes...but I think you commented in the wrong post. ^^;;"
The Mouse Avenger Remembering Mr. Rogers.
Browse Our Archives
Related posts from Slow Church