Why I Don’t Go To Church

Why I Don’t Go To Church February 25, 2014 Christopher Smith 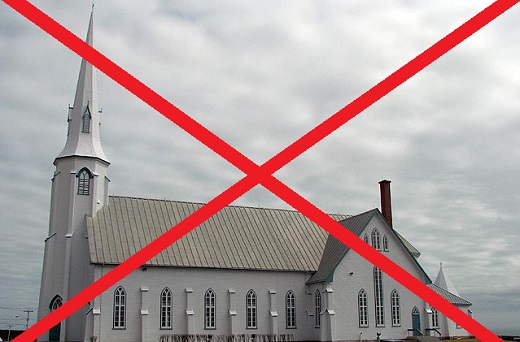 There has been a lot of buzz online in recent days about the value of church attendance.

Initiated by a pair of posts by Donald Miller, ( The initial post… and the followup.), who bravely confessed that he rarely goes to church, Miller’s posts were followed up by this piece on Christianity Today’s PARSE blog, which dug a little deeper but had more of the feel of an expose, and didn’t get to the heart of what seems (to me anyway) to be the crucial issues about church.

I appreciate Donald’s honesty — and Brian McLaren’s as well, in response to the PARSE piece — and I have no interest arguing for or against the positions that they described.  Rather, I want to tell my own story reflect on what we mean when we talk of church attendance or “going to church.”

I grew up going to church, and continued to do so in college.  In fact, it was almost a necessity. I went to Taylor University, which has no church on campus, and being located in the middle of Indiana  cornfields, it was not easy for a person like me (who didn’t have a car) to participate in a church on any deeper level than going to Sunday services.  So, I would catch a ride with whomever I could and got to whatever church service they were headed to.

But, after college, I had a crisis of faith. I could no longer go to church.  I was done being a consumer of religious goods and services. I needed something more; specifically, I needed to belong to a church community, needed to share life with a particular community of sisters and brothers.  So, almost 18 years ago, I — once and for all — stopped going to church.

Now of course, those of who have read this blog for awhile, know that I by no means have given up on church, and am deeply committed to the Englewood Christian Church community, where I am a member.  But this distinction between “going to church” and “belonging to (or being a part of) a church” betrays the stories that drive us and give shape to our lives.

Specifically, “going to church” (as the phrase is commonly used) turns church into a consumer experience.  I could go (or not go) to church.  Either way, the driving force is not the church community, but ME.  So in addition to reflecting a consumer approach to church, the language of “going to church” reflects the individualism of our times.

Additionally, when we talk of “going to church” what we are typically doing is conflating church with a church service.  There’s nothing wrong with going to church services, but when we speak as if that is our sole or primary experience of church, we are greatly reducing our imaginations about what church is or could be.  On the flip-side, we load up the church service with massive expectations of what can or should be accomplished there, in such a relatively small fraction of our weekly lives.  Part of the Slow Church vision is rooted in the conviction that God is reconciling ALL things, and that our churches are called into that all-encompassing mission. When we overemphasize the weekly church service, we are in grave danger of losing sight of the reality that God has called us church communities in the work of reconciliation.

If we look carefully at the biblical story, we will see that one of God’s primary activities in the world is gathering a people. This work began the Israelite people, the descendents of Abraham, and continued as Jesus gathered a little community of 12 disciples (a number that reflected the 12 tribes of Israel). Through the work of these disciples after Pentecost, the people of God was expanded and no longer defined by Jewish ethnicity, and Greeks were welcome into God’s people now as well as Jews. Throughout, God is at work gathering a people whose shared life will bear witness to God’s love for humanity and God’s ongoing work of reconciliation.   Our local churches to which we commit ourselves can then be understood a manifestations of the Body of Christ in a particular place.  We are called to BELONG to a people, not merely to go to church services.

John and I describe the nature of the church in the SLOW CHURCH book:

The people of God are at the heart of God’s mission for reconciling creation. In the Western world where individualism reigns supreme, there is unfamiliarity, awkwardness and even slowness in our calling to live as a community of God’s people. We are so accustomed to living and acting as autonomous individuals that the idea of being God’s people in the world can be tough to wrap our heads around. Being God’s people is messy at best. We are broken human beings with fears, prejudices, addictions, and habits that are harmful to ourselves and others. It can seem more practical and convenient (and even considerate!) to keep to ourselves and minimize the risk that we’ll get entangled in the lives of others. And yet, as much as we are formed by Western individualism, and though we have allowed that individualism to shape the way we read Scripture, our calling in Christ is to community, to a life shared with others in a local gathering that is an expression of Christ’s body in our particular place. The people of God become a sort of demonstration plot for what God intends for all humanity and all creation.

This is why I stopped going to church, and have instead have immersed myself in BEING a part of a church community.   If church is little more than a church service, then I agree with Donald Miller, I would much rather be out in the woods experiencing God in the wonder of creation!  But I think our call to belong to God’s people goes much deeper than that: much deeper, much messier, much more joyful and full of wonder.  Slow Church is about recovering this sort wholistic community in our local churches.  May we get a taste of this abundant life, and see that God is indeed good! 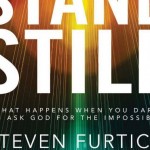 February 19, 2014
Steven Furtick and the 'Disneyfication' of Baptism
Next Post

February 26, 2014 Slow Church: Embodying Justice, Peace and Love [Video]
Recent Comments
0 | Leave a Comment
"Every normal person wants to help those in need as we can.Church groups have the ..."
Bob Shiloh A Politics of Hope in the ..."
"Hi Abe; Are your mom and dad, Kath' & Tony? If so, then you have ..."
Steev Rush Garrett JPUSA: A Tragic History of Sexual ..."
"https://www.christianbook.c...One of the best books I've ever read!"
Nimblewill Reflecting On The Worst Christian Book ..."
"Yes...but I think you commented in the wrong post. ^^;;"
The Mouse Avenger Remembering Mr. Rogers.
Browse Our Archives
get the latest from
Progressive Christian
Sign up for our newsletter
POPULAR AT PATHEOS Progressive Christian
1