Although I heard awhile back that that this documentary on the sexual abuse of minors at the Jesus People USA (JPUSA) Community in Chicago was in the works, I happened to see this article on the Christianity Today website this afternoon and saw that it was released today.  I knew that it would be one that I needed to watch, so I plunked down my ten bucks and downloaded the movie.  You see, I have been acquainted with JPUSA for over 20 years; I have visited their community a couple of times and have friends who are members or former members.  There was a block of 5 or 6 years — before my wife and I had kids — in which I attended their Cornerstone Music and Arts Festival every July.

[ Watch the trailer for No Place to Call Home ]

No Place to Call Home is a heart-wrenching movie, offering story after story from victims who were sexually abused as children or teenagers while living as part of the JPUSA community (At one point the film offers the statistic that of 120 former members who were contacted in the course of making the film, over half were victims of sexual abuse at JPUSA).  Including among the victims who speak out on camera, is the film’s director and producer Jaime Prater. The movie culminates with three stories of victims who name their perpetrator as Johnny Herrin, a member of the community’s — relatively small — leadership council, the son of the community’s founding pastor (who himself was ousted for sexual abuse), and the drummer for JPUSA’s seminal Christian rock group, The Rez Band.  How could such a Christian community that had a relatively high profile in evangelical Christianity over the last four decades foster a culture in which sexual abuse was apparently all too common?

The first and most fundamental problem was a failure of leadership.  The stories told in NPTCH repeatedly emphasize that the community’s leaders refused to address seriously allegations of abuse.  Sometimes victims (and we are talking about children here) were accused of lying.  Other times perpetrators were punished mildly, and allowed to continue in roles that required regular interactions with children. From the stories told in the documentary, it seems that the leadership almost never took allegations of sexual abuse to the police or other authorities outside the community.  This tragic leadership allowed sexual predators to pounce on victims again and again.

Secondly, the nature of the community’s ministry in urban Chicago, working among the marginalized — homeless, drug-addicted, mentally ill, etc. — often led them to extend hospitality to some who would pose a threat to the children of the community (Although, I suspect that those who posed a threat were only a very small portion of those to whom hospitality was extended.)  The film identifies two known and legally-recognized sexual offenders who lived at least temporarily with the community.  While I am a major advocate for extending hospitality in the name of Jesus, it must always be done with greatest discretion and never at the expense of a community’s children.

The living environment, with far too many people crammed into too small a space, was apparently another enabling factor for sexual predators.  Given that children were everywhere and often unsupervised (or under-supervised) and the general chaos of the community, JPUSA was sadly ripe for the possibility of sexual impropriety.  Privacy could easily be comprised. What drove JPUSA to live in such cramped quarters?  The economics of urban Chicago undoubtedly was a factor, in which the massive expensive of purchasing new real estate was prohibitive.  I suspect that the urgency of JPUSA’s mission to Chicago’s marginalized, was also a contributing factor in driving them to pack their buildings to the point of excessive density.  One of my most vivid memories from my first visit to JPUSA in 2001, was that I could never live in a place like that was so jammed with people and so chaotic.  I had no sense then that this chaos might be fostering sexual abuse, but I had a vague — mostly aesthetic — sense that this chaos couldn’t be healthy.

Another crucial factor was JPUSA’s practice (which thankfully has been terminated in recent years) of having children removed from their parents at a very young age and having them live in quarters with other children (with minimal adult supervision).   This practice dissolved the natural parent-child trust, and often impeded the process of intervening in sexual abuse situations.  Furthermore, the stories in the documentary recounted some situations where the adult supervisor in these children’s dorms was himself the perpetrator of sexual violence on the children.  After my 2001 visit to JPUSA, this practice of separating children from parents, was an even larger contributing factor (than the general chaos of the place) to my sense that I could never live as part of JPUSA.

When you combine all these factors together, it’s not all that difficult to imagine how the sexual abuse of minors might be as rampant as this new documentary alleges.

So, what are we to make of this horrific situation?

JPUSA certainly has many upstanding and deeply committed Christians in their midst, and the community as a whole has born a good deal of witness to the radical way of Jesus in their Chicago neighborhood over four decades.  Even the filmmaker, Jaime Prater, who himself was abused as child in JPUSA, holds out the hope that healing and reconciliation might be possible.  Some initial steps in this direction would be for the leadership at JPUSA to admit that their community has had tragic history of sexual abuse, and to repent of its longstanding lack of transparency and to cooperate with all pertinent church and government authorities in sorting out and addressing the allegations made in the film, and others that will undoubtedly arise as victims realize that the community’s leadership is willing to take their allegations seriously.

I am part of a church whose leadership was driven in the 1920s and 1930s by the KKK (who went so far as to drive out one pastor who refused to let that hate group assemble in our church building).  Even today, we bear some of the scars of that history.  It is from this place that I offer hope that JPUSA might lament its sins, repent and survive as a community.  This redemptive process will undoubtedly take years, or even decades, as it has for us.   The process of wrestling honestly and transparently with the factors (like those I have sketched here) that contribute to a culture of pervasive sexual assault, will undoubtedly reconfigure the community and its leadership, and the JPUSA that survives the process — just as it was for us here at Englewood — will be a very different, stronger Christian community.

Will JPUSA have the courage to face their tragic past and repent? Only time will tell. By my suspicion is that if they do not, they are consigning themselves to their own demise.

In the next few days, I would like to continue this reflection, by turning to the questions that this story raises for how Intentional Christian Community is to be understood and practiced?  Stay tuned… 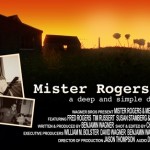