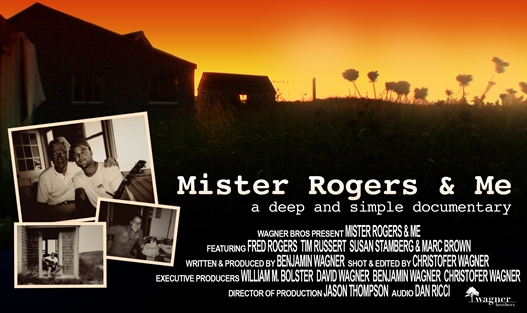 Today marks the 11th anniversary of the death of Fred Rogers (aka, PBS’s Mr. Rogers).

John and I have made no secret of the fact that we are big fans of Mr. Rogers, and even refer to him in the Slow Church book — in reference to his ideas about the formative power of dinner table conversation.

We love that his work is situated in a neighborhood, that it is fundamentally about friendship, being attentive always and welcoming everyone as a gift.  Our churches would do well to learn from his example.
In memory of Fred Rogers today, I thought it would be appropriate to share a few videos…

Have you seen the excellent documentary Mister Rogers and Me?  (It’s free for those who have Amazon Prime!)
I hope to watch it again this weekend…

On the afternoon of their first meeting, “America’s Favorite Neighbor” asked the young journalist about his job as an MTV News producer.  Wagner felt exposed and a tiny-bit embarrassed, a PBS mind in a jump-cut, sound-bit MTV world.

Mister Rogers said warmly, “I feel so strongly that deep and simple is far more essential than shallow and complex.”

After Rogers’ death in 2003, Wagner and his brother, Christofer, set out to meet some of Mister Rogers’ neighbors to find out more about the man himself, what he meant by “deep and simple,” and with whom in our junk food culture those values endure.


And a few bonus clips from the film:


And if you haven’t seen it, you should definitely check out PBS’s musical tribute The Garden of Your Mind, and Novelist John Green’s delightful video tribute: 35 Facts About Mr. Rogers …

What about you, are you a fan of Mr. Rogers?
What are your favorite memories of him or his show? 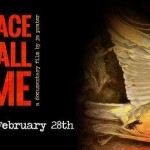 March 1, 2014 JPUSA: A Tragic History of Sexual Abuse
Recent Comments
0 | Leave a Comment
"Every normal person wants to help those in need as we can.Church groups have the ..."
Bob Shiloh A Politics of Hope in the ..."
"Hi Abe; Are your mom and dad, Kath' & Tony? If so, then you have ..."
Steev Rush Garrett JPUSA: A Tragic History of Sexual ..."
"https://www.christianbook.c...One of the best books I've ever read!"
Nimblewill Reflecting On The Worst Christian Book ..."
"Yes...but I think you commented in the wrong post. ^^;;"
The Mouse Avenger Remembering Mr. Rogers.
Browse Our Archives
Related posts from Slow Church