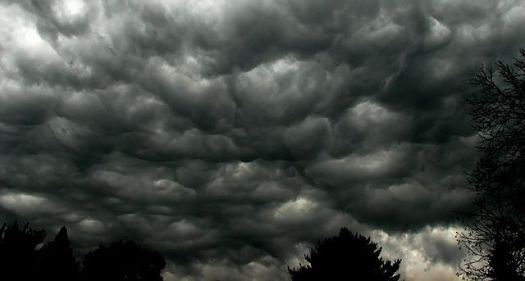 My friend Tato Sumantri, of Church of the Servant King in Eugene, Oregon (which incidentally hosted one of the Slow Church events that John and I did in the Pacific Northwest last month) recently sent me an email with a couple of very thoughtful questions about the Slow Church book.  I will be answering these questions here over the next week.  Here is the first one:

“[You] make scant reference to sin and repentance. On a whole, Slow Church: Cultivating Community in the Patient Way of Jesus reads as one option among many to live out life in Christ, but nothing is really at stake. In his Roman Epistle, Paul presumes we are in fact conformed to the world when he exhorts us to be transformed (Rom. 12:2). This is, on Paul’s part, a call to repentance. “Do not be conformed …be transformed.“ If you understand yourselves to be reshaping the nature of what it means to be church, and if you understand that you are talking about being the body of Christ, then there is, in fact, a lot at stake. Throughout his Epistles, Paul certainly seems to think there is a lot at stake insofar as how brothers and sisters treat one another in the church. I don’t pick up that urgency from you, even though as I say above, you make a number of glancing blows at urgent issues.”

You’re right, we do not use the language of sin and repentance much, BUT fundamentally Slow Church is about sin and repentance.   I’ll explain what I mean in a second, but let me suggest why we generally steered away from language of sin and repentance: as a rhetorical strategy of invitation, instead of one of confrontation. We were working from the assumption that Christians are well aware of our brokenness, though perhaps not all the depths and ramifications of it. Although we talk at length about sin, both personal and social, as it is manifested in McDonaldized culture inside and outside the church, we do prefer not to beat people over the head with this sin, but rather invite them to repentance – i.e., a different and transformed way.

But yes, Slow Church is at its very heart about sin and repentance. McDonaldization in Western culture is a result of human sin operating on both social and personal levels for many decades –through modernity and intensifying with the rise of industrialization. In reflecting on your question, I had the thought that I might eventually write a piece on the seven deadly sins as manifested in McDonaldization, which would not be difficult to do, but for the sake of brevity, I will table that exercise until a later date. But just a quick taste of this thought, so you can digger deeper if you want. The emphasis on numbers and appearances – in the church Growth Movement, for instance – versus actually growing into a deeper discipleship (see Chapter 2), is a result of pride, as is our resistance to Sabbath (Chapter 6). Sloth, the avoidance of work, is addressed in Chapter 5.   Gluttony and Greed are driven by scarcity (Hording resources because we fear that there might not be enough) and are addressed in the Economics chapters, especially 8 and 10. Wrath is often at the heart of impatience, and preferring to return evil for evil instead of following in the way of Jesus is addressed in chapter 4 on Patience.   Envy and Lust are embodied in our infidelity to people and places (Chapter 3) and in our lack of gratitude (Chapter 9).

The relationship between personal and social sin is, it seems, sort of a chicken and egg phenomenon, as our individual desires are shaped by the cultures we inhabit, but those cultures are also the product of the desires of individuals. So, I’m not terribly inclined to extricate the two, but am emphatic – and I hope this comes through in the book – that we are complicit as individuals both in our conformity to the pattern of the McDonaldized world (Rom 12:1), and in the ways that we continue to propagate it in our churches and other parts of culture. What we set out to do, and what I hope we accomplished to some small degree at least is pointing people in the directions of renewed minds, minds that don’t merely operate according to the pattern of McDonaldized culture (and, of course, guide our bodies in the same direction), and minds that submit themselves to God’s transforming work.

Your point about urgency is a tough one. On one hand, the book is certainly driven by the social, ecological and economic urgency of the crises we face today, but while alluding to these crises throughout the book, we didn’t want our argument to be driven by fear (there are plenty of other books out there that do that!) On the other hand, there is a fine line between urgency and haste (particularly as seen in the sorts of activist faith that are so eager to act without considering how). I hope that our book bears witness to the way of Jesus that holds (perfectly) in tension the patience of God that enters into the suffering of others and the desire to see all parts of creation reconciled. 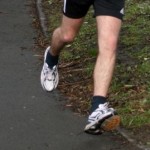