The Power of Regularity 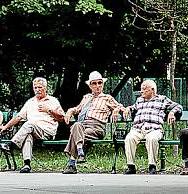 her 90—are sitting on a park bench. The 70 year old says, “Geeze. I don’t know what to do. Every morning I stand there and try to clear my bladder—and nothing. A drop or two. I’m disgusted.”

They sit for a while longer, then the 80 year old says, “Yeah. I don’t know what to do either. Every morning I sit there and try to eliminate—and nothing. I grunt. I groan. Nothing. I’m disgusted, too.”

They sit even longer, then the 90 year old says, “I’m disgusted with the both of ya’. Me? By 7 my bladder is dry. By 8, I’ve eliminated last night’s dinner. I’m as regular as the sunrise every morning. My only problem is, I don’t get up until 9.”

The other day I met for coffee with a 30 year old SPU graduate who won gold and bronze medals last weekend for crew. You think she managed this with occasional workouts? Nope. She’s out on the quiet waters of Lake Union three days a week at 5 AM.

When Priscilla and I were teaching at Duke, we heard about a player from Anchorage, Alaska, who practiced basketball outside in the winter. Duke standout Trajan Langdon recalled later in Sports Illustrated: “The temperature outside would be 0° if I was lucky, and there would be at least six inches of snow on the ground. So I would throw on a hat, boots and gloves, grab a ball and start shooting at a driveway basket that had a frozen net.” It worked. Duke fans called Trajan “the Alaskan Assassin.”

At graduation this year, I talked with an alumna who wants to be a writer about showing up. Every day. To write. So I gave her practical goals: draw up a regular schedule, revise a longish paper in three paragraphs, send it to me within seven days. I’m still waiting. Eventually, if she wants to write, she’ll learn that regularity trumps inspiration every time.

I had dinner the other night with a group of Christian students from a Korean university, where Christianity is thriving. You think they meditate when they feel like it, open their Bible when the spirit moves them? Nope. One student told me about their two hour prayer meetings every weekday morning, from 6 until 8 AM. Another told me they read through the Bible (that’s not “read the Bible” but “read through the Bible”) on a regular basis.

What prompted me to think so much about this topic was a Huff Post Live segment I participated in a few months back. I was the old guy, perched in people’s screens alongside three thirty-somethings, who talked about finding time occasionally, even haphazardly, maybe on a Thursday afternoon, to meditate.

I read once in a fascinating book, Three Big Bangs, about London taxi drivers who have a heightened sense of direction. 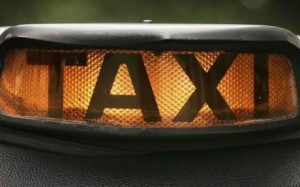 Why? Because they use this sense all day, every day. Our brains are plastic, the author said, shaped by what we do. The brain changes, develops, gets stronger and weaker, based upon our habits. Taxi drivers in London aren’t born with a better sense of direction. They use the sense of direction they have on a regular basis.

Introduce regularity to your spirituality, and your brain, given its plasticity, can become more serene and less harried, more focused and less scattered—qualities that are essential for developing a robust spirituality.

By the way, a lifelong, serious and sincere medical missionary in Bolivia, who, alongside his wife, has spent his entire adult life among the native poor, told me that joke. We were sitting on a picnic table in the back yard of his parents’ home about 25 years ago. I think he heard it (warped doctor humor) when he was a resident at Cook County Hospital. He told it to me when the idea of being an “old guy on a park bench” was a lot farther away than it is now. 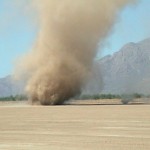 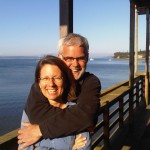 July 11, 2013 Stumbling Upon Silence: Our reflections on Sheridan Voysey's Resurrection Year
Recent Comments
0 | Leave a Comment
"Praise God from whom ALL blessings flow..!! Praise Him all people here below..!! Praise His ..."
wsurfs . Pentecost for the Rest of Us
"my dad went to that university when it was still a college"
Brandon Roberts Seattle Pacific University as Our Place ..."
"sad that this stuff keeps happening"
Brandon Roberts After the Shooting at SPU: Consolation, ..."
"nice"
Brandon Roberts Can o’ Corn! A Simple Practice ..."
Browse Our Archives
get the latest from
Progressive Christian
Sign up for our newsletter
POPULAR AT PATHEOS Progressive Christian
1

Beth Moore And The Bible: It...
The Thoughtful Pastor
Related posts from spiritchatter