The Book to Begin on Holocaust Remembrance Day

A review in the Wall Street Journal will tell you what I know: David Laskin’s The Family is a brilliant epic.  It is a book that should be bought and begun this Monday, April 28th—Holocaust Remembrance Day.

The Family tells the true story of how Laskin’s family of Torah scribes and humble shopkeepers split into three branches at the turn of the last century. 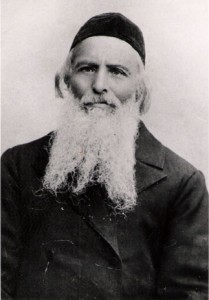 One branch of Laskin’s family came to the US and founded the fabulous Maidenform Bra Company. This branch embodied the American Dream.

Another branch immigrated to Palestine in the 1920s. Wildly idealistic pioneers, cousins Chaim and Sonia fell in love on the parched hillsides of the Galilee. Their wedding photo is breathtaking.

The third branch stayed put in Poland. Mothers, teachers, big-eared and knobby-kneed children remained behind in Europe and perished–all of them—in the Holocaust.

I was transported right away, in the book’s first chapter, when I read Laskin’s description of his great-great-grandfather Shimon Dov HaKohen, carrying on the family work of the scribe:

When he sat down at his table, closed his eyes to pray for perfection, and took up his quill pen, Shimon Dov glowed with God’s radiance. His forked beard was so long that it brushed the soft surface of the parchment when he bent his head to write.  Precisely 304,805 letters composed the 79,847 Hebrew words of the Torah, and Shimon Dov knew every stroke as intimately as a tailor knows his thread or a soldier his gun.

This is typical of Laskin’s approach throughout: capturing character with cinematic clarity, braiding together the divine and the daily, making us feel God’s presence in the hands and hunched shoulders of an ordinary man.

An upmarket seamstress in roaring twenties Manhattan, Itel bridled against the fashion of the day that required women to become boyishly flat-chested. It all came to a head one day when a rich, bobbed woman walked into her chic West 57th Street shop:

Itel knew at a glance that, when the dress was done, neither she nor the patroness would be 100 percent happy. The problem was the patroness’s bust. The problem, to be precise, was that she had a bust. Soft yet firm, full and swelling, round, smooth, perfectly symmetrical, the perfumed essence of American femininity made flesh–this lovely pair of breasts was doomed to be squashed into submission by the dictates of 1920s fashion.

So Itel went to work. The result? A daring invention with satin shoulder straps, silk rosebuds, and the two-cupped bliss of comfort that made Itel one very rich woman.

But there are other tears to be wept in The Family. In an eerie parallel to the sacrifice of Isaac in Genesis 22:6, “And Abraham took the wood of the burnt offering, and laid it upon Isaac his son,” Laskin describes how sixteen year old Shimon Senitski was forced to carry logs to a forest clearing outside the Nazi slave labor camp of Klooga in Estonia, how the boy was shot in the head with the other surviving slaves just days before the camp was liberated, and how his body was incinerated in a vast pyre of logs and corpses.

I have read that passage in Genesis scores of times:  but I will never read it in the same way after weeping over Laskin’s account of the pyres lit at Klooga 70 years ago.

“I know I am condemned and awaiting my turn,” wrote journalist Herman Kruk, another prisoner who perished at Klooga, in his poem “For Future Generations:”

Although deep inside me burrows a hope for a miracle.

Drunk on the pen trembling in my hand,

I record everything for future generations:

A day will come when someone will find

The leaves of horror I write and record.

People will tear their hair in anguish,

Eyes will plunge into the sky

Unwilling to believe the horror of our times.

David Laskin will be speaking at the University of Washington on Sunday April 27th. 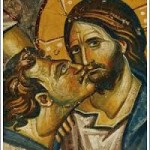 April 16, 2014
Doves and Kisses--A Reading on Betrayal
Next Post 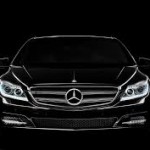 Meet the creepy men behind the...
slacktivist
Related posts from spiritchatter