How learning about children’s brains could save a life

How learning about children’s brains could save a life June 30, 2016 Sarah Lawrence Hinson 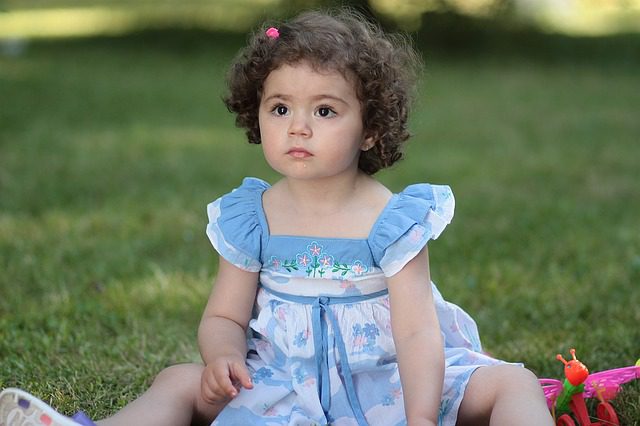 Learn about your child’s brain – maybe save a life

Older children kick balls and run out into the road after them. Fact.

And yes, telling a young boy to hold the back of your pocket while you take pictures of gorillas is not going to stop him wandering off if he gets an amazing idea in his head. It’s just not. And there is a scientific reason for this.

Expecting any young child to behave a certain way just because we told them so is totally unrealistic and potentially dangerous. It means that we believe a child can take on a certain level of responsibility when in fact they are not capable…their brains are just not wired that way.

At a recent New Thought conference (Kryon Summerlight 2016) I had the opportunity to hear from three amazing speakers who are researching the latest regarding the human brain and its behavior.

During this conference one of the speakers –Dr Joe Dispenza– talked about states of mind, or emotional states, if you like.

I’ve learned this fact from other sources…but the fact is, as he reported we are neurologically wired from about age 1-9 to be in a highly suggestible, highly hypnotic state. Our nervous systems are not fully formed because something called the myelin sheath is growing to cover our nerves but has not fully sealed up yet.

We are still speculating on the reasons for this, one reason perhaps is that it helps us to socialize our children at a very young age through the power of suggestion. It may also help accelerate learning when a child needs to learn to walk, talk and manage tribal interaction with other humans.

Fantasy is a critical part of healthy brain development. It fosters creative problem solving and self entertainment, both of which have been shown to be a part of healthy and successful adults. The more original this fantasy is and not constrained by parents or tv rules, the more brain expansion that is possible.

The young brain and nervous system is unsealed, literally

Up until ages 7-9, babies and young children lack an aspect of brain development called the myelin sheath, a form of protein which encases their brain and nervous system.

Why is it so important to know about this as a parent?

I first learned about the myelin sheath from another teacher who explained that this is why young children are so open to fantasy, stories and scare so easily when small – for example the traditional monster under the bed or in the cupboard.

In a state of mind and body where their nervous system is not yet fully myelinated, young children are highly suggestible, open to games, fantasies, wonders and horrors that older humans understand are more imaginary than anything else.

So to a child in this age range, a monster is really a monster.

Parents, put that in your thinking cap next time you think you should tell your child they are too imaginative or scare too easily. They are not even in the same brain state as you – an adult human – so how can you be the judge of that?

Just a hunch, but most people reading this article will be an older human, probably age 10 or over. Older human, your myelin sheath has fully enclosed your nervous system and as a result you are less suggestible to flights of fantasy, wild imaginings and the urge to be carried away by a game or two and lose track of time.

(Or not, as the case may be – we all have the Internet – but the fact remains you have proteins and lipids surrounding your nervous system that a young child does not). You are continually in a different state of mind than your children and that is a scientific fact.

Your young child is not in the same permanent brain state as you!

Assuming the above statement to be true, how can you expect a young child to consistently carry out a command such as “Stay with me and stay away from the fence”?

It may stay in a child’s brain pan for a few moments…before their own neurology kicks back in and off they go. This is why we need to keep repeating commands to children in this age range.

Don’t expect them to act in an adult manner or lose your patience when they don’t behave as you asked, they are incapable of the command retention and of understanding the full importance of the command. They just don’t have the equipment.

The young boy who ended up in the gorilla pit may have had a wonderful fantasy of interacting with the gorillas – and acted on it, whatever he was thinking.

The end result however was disastrous for both him and the gorilla.  His mother thought that one command would be enough.  Sometimes it maybe, sometimes not.

We just can’t afford to take that gamble on behalf of our children at this young age.

Would you like to be ‘that kid’ who fell into the pit?

When he’s older and more adult he will be able to look back on this experience and realize that he needed more support and adult supervision to avoid being “that kid” for the rest of his life.

I’m sure the memories won’t make him happy or have him feel good about what happened. How would you feel if that was one of your childhood memories?

So where does this knowledge leave us as parents?

I know in our busy working-parent modern world we are short of bandwidth. Fact is though, when we have younger children we need to employ the majority of that bandwidth in following and checking on our children when we are out and about in the world, whether we want to or not.

I’ll repeat that. Whether we want to or not. We are an adult and it’s our job to provide adult supervision. That’s what those two words really mean.

As a mom of two girls I often found myself in charge of half of the park. Keeping an eye on my two girls on the swings, catching other kids running into the swings or falling off slides, tripping up, no parent within 10 yards — or zoning out with their friends or on a device.

I cannot tell you how many times I have asked other parents to pay attention to their kids. Another definition of adult supervision.

No-one ever said parenting was easy

And when we are tired or just want a break, it gets harder and harder. But we are adults and as adults it’s up to us to provide adult supervision. Another meaning for those two words.

Under the age of 10, hold your kids’ hand in public. Keep them close in parking lots. I see so many parents allowing their children to run out in front of them as they exit a car.

HOLD THEIR HANDS! THEY ARE IN A DIFFERENT BRAIN STATE THAN YOU.

Pay attention, keep an eye on them, it’s your job because the kid will flip that switch in their brains and be off. The world isn’t as real to them as it is to you. And it might be your turn not to be able to catch them before they fall. It’s a wild world out there and your children need your adult supervision.

I for one would rather not have that experience in my memories, or my child’s memories. It’s only a for a few years and then they will become more careful because you will teach them how to be self-aware and how to demonstrate good adult supervision towards others.

You will teach them, won’t you? After all, you have the adult brain.

Picture by AdinaVoicu at Pixabay 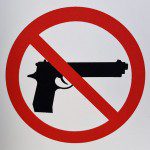 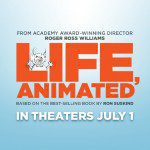 July 1, 2016 'Life, Animated': How Owen Suskind found a pathway to language through Disney films
Browse Our Archives
get the latest from
Spirituality Itself
Sign up for our newsletter
POPULAR AT PATHEOS New Visions
1