A lesson in gratitude when the AC goes out

A lesson in gratitude when the AC goes out July 23, 2016 Sarah Lawrence Hinson 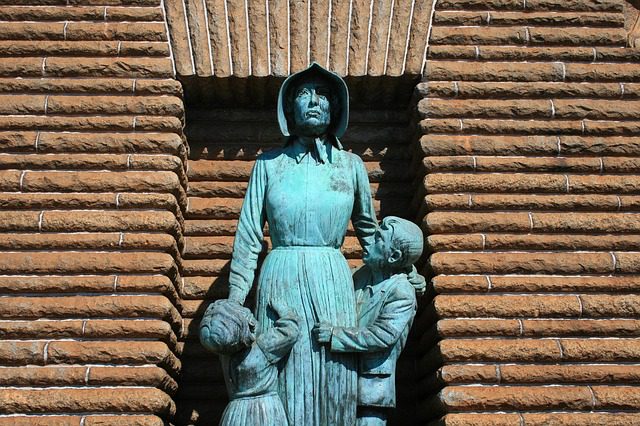 So there I was napping on the sofa at 11pm – I’m an over fifty parent of teens, so sue me – when I started dreaming of Australia. It was hot there…very very hot.

I woke up to a strange noise and realized that the AC had gone off, or more specifically the fan that revolves in that unit, so the thing was making a strange noise but not generating any cold air.

The day was recorded at 97 degrees, but ‘felt like’ 106 according to the weather service, it was Tuesday and the forecast for our area (the Kansas plains, Wichita KS) was a heat advisory and 100 degree temps at least until Friday.

Now some gratitude practice to help me keep cool

There are the obvious things we can do – keep the blinds closed during the hottest parts of the day, keep the ceiling fans running (thank you, still have power!) We are lucky enough to have a basement so we can retire down there to keep cooler.

Cool showers, keep drinking water, don’t do too many intense activities, don’t use the dryer or oven it they will heat up the house. The fan makes the dog bark so that’s no good, besides, Jim Cantore says not to use one.

This is really not too hard. We can go to the movies or mall during the hottest part of the day. The temperature will drop to the seventies at night so we can open the windows.

Pioneer women in the plains territories used to be driven mad by the wind and heat (and cold).

Quite a few female friends around here have joked with me about the Kansas wind driving women mad. Since pioneer men and and women had to live in dugouts or sod houses in the extremes of climates on the plains, sometimes the unending persistence of the wind, climate and hard living tipped some of them over the edge.

“The Homesman” (with Hilary Swank and Tommy Lee Jones) is a powerful movie to watch to understand this phenomenon.  I watched this movie a while ago and it gave me a much deeper understanding of the trials and tribulations experienced by pioneers in the plains territories.

While tough to watch, “The Homesman” is a no holds barred depiction of how people (and in this case specifically women) suffered as pioneers on the plains.  It’s set in the Nebraska territories and based on the book by Glendan Swarthout.

Having been raised in a small British village and now living in South East Kansas, I can see their point.

The wind blows a lot, we can get sudden blizzards in the winter (even as late as March), we have to dress like skiers when it’s really cold otherwise we can risk frostbite because of the cold winds.

Then potentially hot summers – the first summer we were here we had a blizzard on March 27th, followed in the summer by 50 continuous days of 100 degree heat or more.  Autumn/fall is beautiful here! Then it’s back to the cold, again. Did I mention the ice storms? Those turn the roads into a skating rink.

So, I live in a house, not a hole in the ground or a basic pioneer type ranch or hut.

In a day or two, the air conditioning people will restore my artificial climate and I won’t have to feel the heat.

Watching the above interview I was touched most by Tommy Lee Jones talking about an itinerant photographer who travelled the northern territories and took photos of some of the pioneer families.  The families would dress in their best clothes, show off their best guns, crops and cattle and even drag their best Melodian or piano outside to be included in the photograph.  They were proud of what they had.

It’s been a tough day or two and we’ve been feeling the heat in the house.  Still, we haven’t had to suffer too many extremes.

We have come a long way. I’m grateful for that!

Photograph by Bluesnap at Pixabay 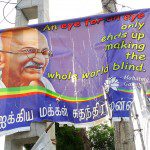 July 19, 2016
The United States of Iraq: Is it Evolution or De-evolution
Next Post 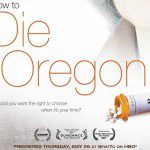 July 25, 2016 How to Die in Oregon and the Controversial Act of Dying with Dignity
Browse Our Archives
get the latest from
Spirituality Itself
Sign up for our newsletter
POPULAR AT PATHEOS New Visions
1

Singing in the Face of Days
— dhikr in Islam, japam in Sanskrit, witness in English: the repetition...
view all New Visions blogs
Copyright 2008-2020, Patheos. All rights reserved.