Astrology of the US Presidential Election, Part One

Hello dear reader. My name is Matthew Currie. I’m an astrologer, and I’ll be doing forecasts here at Patheos. I also write about astrology at a certain Very Large Spirituality Website, but my work here will be more horoscope-y. For all the things that astrology can do, people still love their horoscopes. Sure, astrology can be incredibly helpful for things like figuring out what job you’d be good at or whether or not so and so is really a good mate for you — but it’s still the spooky knack that astrology (done properly) has for predicting the future that really gets people’s attention. Do stick around for that, won’t you?

Having said that: let’s have a look at the upcoming US presidential election on Tuesday, and try to figure out why The Greatest Country on Earth is acting like a large proportion of its citizens are turning into absolute lunatics over it.

Each planet in the Solar System rules a large collection of loosely associated things. There’s no such thing as one planet that rules “craziness,” but some planets rule a specific kind of craziness. If you are looking for the kind of nutty that makes people see the entire world as proof that their very specific form of politics or religion or philosophy is the one absolute truth no matter what the evidence says, we’re talking about the planet Neptune.

Neptune is slowly making its way through the Sign of Pisces, which that planet rules. Generally speaking, this means that your personal favorite delusion or mine is likely to be felt particularly strongly. Neptune is currently conjunct the South Node.  The South Node brings its own particular flavor of weirdness and confusion to any planet it contacts, so when you combine it with Neptune you get a particular kind of whackadoo — a persistent whackadoo that cannot be easily dismissed.

For example: the last time a Neptune-South Node conjunction was in effect was December 1999 – January 2000. Remember Y2K? You know, that time when the world’s computing infrastructure collapsed as a result of a simple oversight by some computer programmers, and society suddenly went all Mad Max as a result, only to be saved by the return of Jesus and/or intervention by benevolent extraterrestrials and/or those few heavily armed and well-supplied survivalists who were prepared for Y2K in the first place?

Yeah. I don’t remember that happening either. But a lot of people were prepared for exactly that sort of thing, because a Neptune-South Node conjunction can make people a little crazy.

There is a specific form of madness that is hanging over this entire presidential election. I’ve been watching American politics for a long time now even though I myself am not American. I follow it the way most Americans follow their professional sports. And I can honestly tell you that I’ve never seen an election more prone to misinformation than this one.

If you’re anything like me, the answers are likely “yes, I have” and “ummmm… but the other candidate is much worse!”

This relates to how the Neptune-South Node conjunction is specifically affecting the natal chart of the United States of America. When you want to find out where a person’s sense of Genius call my uniqueness, and rebellion comes from, you look to the Uranus placement in their birth chart.

The United States of America was born with the planet Uranus at just a touch under 9 degrees Gemini. Uranus is an important placement in any birth chart, but particularly so for a country that was founded on a revolution and whose anthem is peppered with question marks and references to explosives. The current Neptune-South Node conjunction is closely square that natal Uranus, which is causing the country’s ridiculously high levels of delusion and paranoia and occasionally outright stupidity.

Don’t get me wrong: I love you America. But sometimes you scare me.

(By the way: everyone agrees that America’s “birthday” is July 4th 1776. What astrologers argue all the time over what the correct time of day for that is. And yes, astrologers argue plenty. I’d like to think they had a slightly more spiritual perspective on life, but when you get right down to it we’re just as belligerent and argumentative as plumbers or accountants or any other people in any line of work — especially if someone else is buying the drinks.)

So: the clear loser of the 2016 United States presidential election will be… America.

Oh, wait… you want to know who’s going to WIN, don’t you? Come back next time. I’ll have an answer for that too. 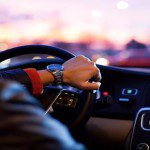 November 7, 2016
Rude Drivers and Other Holy Mysteries
Next Post 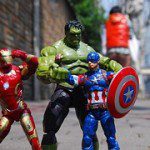 November 8, 2016 Astrology of the US Presidential Election, Part Two
Browse Our Archives
get the latest from
Spirituality Itself
Sign up for our newsletter
POPULAR AT PATHEOS New Visions
1

May Oracle
A Happy Medium
Related posts from Spirituality Itself

The Conference of Flowers
The garden grew this way and that as a circle of flowers...
view all New Visions blogs
Copyright 2008-2020, Patheos. All rights reserved.