Most of us have had the experience of being bowled over by something exquisitely vast and ungraspable. Awe can overwhelm us when we gaze at mountains, oceans, or the night sky. It can overtake us when we’re witnessing birth or death, or when we’re falling in love. It can surge through us as we consider the mere fact that we exist.

I’m a Minnesotan, a theologian, and a pregnant woman. So for me, predictable awe-inducers include Lake Superior, God’s infinity, and the fact that my body is growing a tiny human.

But what good is awe? How does it connect with the real world? Can it feed the hungry or clothe the poor? A new set of studies provides initial evidence that, just maybe, awe can do such things.

Belgian researchers Claire Prade and Vassilis Saroglou[1] predicted that feelings of awe would be positively linked to acts of generosity and helping. Why? Because awe diminishes the felt difference between oneself and another, and redirects one’s focus away from the self onto something larger and/or more important. Their prediction was confirmed in several studies. In the first study, people who had been prompted to feel awe pledged more of their (hypothetical) lottery winnings to others (rather than keeping winnings for themselves) than did people who had been induced to feel amusement or to feel emotionally neutral. In the second study, awestruck people demonstrated greater willingness to help persons in need of assistance in everyday (hypothetical) situations than did amused or emotionally neutral folks.

Awe has power to jolt us awake to the grandeur of each lived moment. But more than serving as an existential double-shot, it turns out that awe can go some way in cultivating kind and caring intentions toward others. How and why does it do this?

Awe holds kindness-cultivating potential because of the unique way that it reminds us of what’s really crucial in life. Like few other experiences, awe lures us out of our self-obsessed ruminations on things petty, explainable, and unimportant. It invites us, sometimes quite forcibly, toward what ancient theologians called ekstasis—“standing outside of oneself” in an expansive and spiritually charged reality, a reality that’s indifferent to our frantic attempts to grasp and control things. Anxious egoism simply makes no sense when we’re beside ourselves in the presence of something magnificently beyond us. So we’re suddenly free to really see others, to attend to them in their loveliness and their fragility. And we’re able to respond to them with the reverence, patience, and care they deserve.

The holiday season is a time of both wonder and giving: Jews thank Adonai for “the miracles and the wonders” as the Menorah is lit, and many express thanks by giving tzedakah (charity). Christians celebrate the incarnation of God in the humble infant Jesus, and many give gifts to the needy as an outworking of their worship. Buddhists remember the enlightenment of Buddha, and many convey veneration by performing acts of compassion toward others. The link between wonder and kindness during our year-end celebrations is no coincidence, for these two things appear to be intimately connected in our psyches.

May all of us take a holy pause to give ourselves over to the kind of amazement we see brimming in the eyes of children. Such amazement is far from useless. It’s an essential celebration of the Mystery we can’t hold that nevertheless, in its endless grace, holds us. And it’s an invitation to allow this Mystery’s life to pour through us to others. 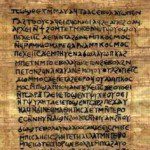 December 29, 2016
The Ancient Gnostics and the Revelations of The Urantia Book
Next Post 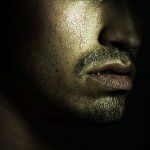 January 6, 2017 Heartbreak and Grace on a New York City Street
Browse Our Archives
get the latest from
Spirituality Itself
Sign up for our newsletter
POPULAR AT PATHEOS New Visions
1

April Insight
A Happy Medium
Related posts from Spirituality Itself

Reincarnation & Plays
Imagine that you're in a play - and all the people in...
view all New Visions blogs
Copyright 2008-2021, Patheos. All rights reserved.
error: Content is protected !!