Heartbreak and Grace on a New York City Street

“I’m not going to take any more of this shit!” The man’s shout startled me out of my meditation. Sitting still in my apartment, I listened for what would happen next in the street below my window: then, more yelling, like a pot ready to boil over, or water about to crash over a cascade. After a pause, I heard a quieter voice, female: “Please give me my keys.”

Getting up I went to the window and lifted the blinds. A young couple stood in the yellow glow of a streetlight glaring at each other. It was late at night. Did the woman need help?

Without thinking, I shunted the window open and spoke through the screen in a low, calm voice: “What is happening you two?”
Startled, the woman looked up. “He won’t give me my apartment keys.”
The man stood angled away from me, shoulders tensed, arms crossed unmoving. The air tingled with electricity.
“You’ll have to give her the keys,” I said gently.
No one moved. They stood suspended in the dark street and I stayed motionless watching from my window.

The woman looked up at me plaintively.  I spoke again to the young man: “I know it’s hard when you love each other and you have a fight, but you’re going to have to give her the keys and I will wait here until you do.”
Another long pause. Where was this going?

Then, with a groan, he threw the keys into the dirt nearby. The woman bent down quickly to retrieve them.
Speaking quietly he asked her, “Am I coming with you?”
“Yes.”

What was she doing? This guy was super-charged and angry still. Would she be okay?
Turning sideways the young man nodded towards my window. “Sorry to bother you ‘mam.”  “Yeah, sorry,” said the woman.

They turned and walked down the street, so I lowered the window and went back to my chair. Taking a deep breath to calm my racing heart, I closed my eyes and resumed my meditation. Moments later angry voices once again pierced the quiet. Had they just moved further away to continue their argument?

Sighing, I got up and looked out the window. There they were, still deep in conflict. He leaned in close to her face and shouted. She turned and walked away from him, but he followed.
My heart beat fast again. Things were still very volatile between them, and I feared for the woman’s safety. Should I get involved?

Turning away from the window I stood considering, and then went to get my coat on. I decided I would offer to walk the woman home to her apartment.

Leaving my building I stepped into the street scanning left looking for her, but halfway there I nearly crashed into the young man jogging up the street from the right. We both stopped short, surprised.
His face was close to mine, shadowed in broken lines by the streetlight behind us. We stood staring at each other. What was going to happen next?

A taxi zoomed up the street with its lights on and passed us. Had the driver seen us standing there by the parked cars? I felt a frisson of uncertainty and surprise coursing through me, but I realized I didn’t feel fear. In fact, I felt calm. It was because I had been here before.
Not exactly here with this young man, but I had guided my own two sons through the turbulent years and agitating emotions of their adolescence. This territory was familiar.

I stood my ground and looked straight at the young man. Sighing, he turned sideways and leaned against a parked car. His head hung forward and his hands fell at his sides.
An upsurge of concern made me lean in. Gently I asked, “What’s happening? Are you okay?”

His face crumpled and he began to cry. Reaching out I touched his arm, and before I knew it, he had flung himself into my arms. Taken by surprise, my legs momentarily shuddered under his weight, but I steadied myself and held on.

He buried his head in my shoulder and began to sob loudly, his back arching with each heaving cry.
Hearing his despair and heartbreak, my heart melted. With my free hand I rubbed his back. “You are a good person, such a good person.”
More cries, then: “I try to be,” the words muffled against my shoulder.

I don’t know how long we stood like that, nor how many cars passed us by, or whether any pedestrian noticed the strange sight of two strangers locked in an embrace in the middle of a New York City street.
Later the man pulled back from me and leaned once again on the car to get his breath. His voice choked as he wrung his hands “I try to treat her well and I really love her, but sometimes I get so mad.”

I held one of his hands in both of mine.
“Well, you won’t be able to have a good level of trust or intimacy if she’s afraid of you.”
His eyes screwed shut and he cried again. “I know. I don’t know what to do. I get so angry!”
“You’ll have to learn to ground that anger,” I answered.

At that he looked up at me with a lop-sided grin. “Have you read the Four Agreements? I learned about that from some hippie camp I once went to. Someone gave me a rock to put in my pocket to help me ground.”
We both chuckled but then his face became serious and he stared back down at his hands.
“I just get so mad sometimes.”

I was at a loss. What should I say? Would it even penetrate or make sense to him? I sent up a prayer for help.
“It’s okay to be angry and to feel your anger, but it’s not okay to throw it onto someone else. Your anger is yours. You can feel it, but you need to put a bubble around yourself when you do, so you don’t hurt anybody.”
He nodded, still looking down.

I continued to hold his hand in mine.
“I know it feels like it’s all about your girlfriend when you feel that rage, but it probably isn’t. Often that level of anger comes from something we felt as a child, when we felt humiliated or powerless.”

Then a thought occurred to me. I gestured towards him.
“Show your girlfriend this, this part of you. That’s what a woman really wants. She wants to see that her man can be vulnerable and real with her.”
“Be authentic, you mean?”
“Yes.”
He looked up at me now and let out a long sigh.
“Okay.”

He stood to face me. “Meeting you tonight has been amazing. Thank you so much.”
Then he hugged me and my heart felt large. I wanted to pour love and encouragement into him while I had the chance.
“I don’t know what your beliefs are, but I wish you great blessings for everything you want in life.”
His muffled voice reached me. “Thank you.”

Then, pulling back, he grinned and held out his hand.
“By the way, my name is Raffi.”
A huge smile spread across my face as I took his hand. “Hi Raffi. I’m Nancy.”
“Well, thanks again Nancy. It was really great to meet you.”
“It was great to meet you too, Raffi. Goodnight.”
He walked away then, probably to find his girlfriend.

Turning, I crossed the street and went up to my apartment. Once inside, tears welled up and I let them spill over. A sense of wonder flooded me as I replayed what had happened, and thought of Raffi’s vulnerability with a total stranger. I knew I had been visited by grace. We both had.

Through my tears, I gazed out the window at the slumbering street and sent a silent blessing to Raffi and all the young people out there trying to make a go of relationships. It wasn’t easy, that was for sure. I lifted up thanks for that moment of grace, and for the power of love that heals us one hug at a time. 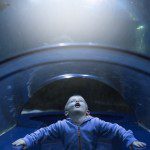 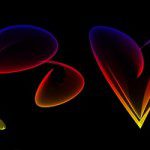 January 10, 2017 Your Soul is a program, your body is a smartphone
Browse Our Archives
get the latest updates from
Spirituality Itself
and the Patheos
New Visions
Channel
POPULAR AT PATHEOS New Visions
1

Predictions for 2022
A Happy Medium
Related posts from Spirituality Itself 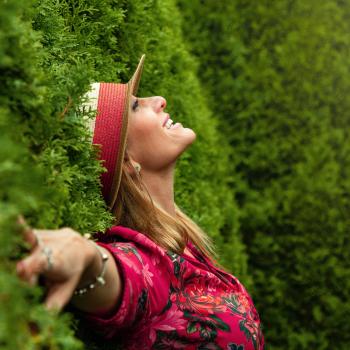 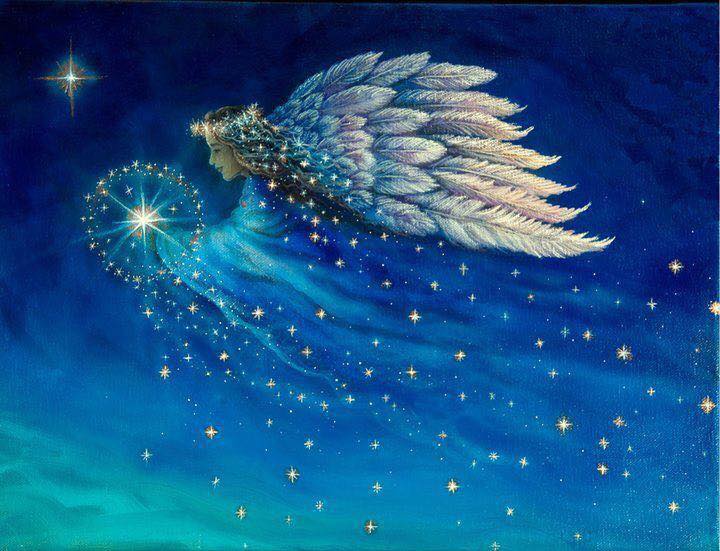 New Visions
The Angels Need Us to Focus On LOVE!
Spirituality Itself
TRENDING AT PATHEOS New Visions

Being A Romantic
Throughout history, those afraid of the life of feelings have undermined their...
view all New Visions blogs
Copyright 2008-2021, Patheos. All rights reserved.