Newest PC Rule: The Phrase “Hard Worker” Can Only Apply to Slaves?

Apparently the term “hard-worker,” is now only appropriate when referring to slaves…

I’ve officially heard it all.

In an interview with MSNBC, Rep. Alfonso Aguilar  dared to call Paul Ryan a “hard worker.” He was quickly corrected by Melissa Harris-Perry’s and her “patented Racially Insensitive Language Reprogrammer“.  Trey Sanchez has the transcript:

I just want to pause on one thing, because I don’t disagree with you, that I actually think Mr. Ryan is a great choice for this role. But I want us to be super careful when we use the language ‘hard worker,’ because, I mean, I actually keep an image of folks working in cotton fields on my office wall, because it is a reminder about what hard work looks like. So, I feel you that he’s a hard worker. I do. But in the context of relative privilege — and I just want to point out that when you talk about work-life balance and being a hard worker, the moms who don’t have health care who are working. But, we don’t call them hard workers. We call them failures. We call them people who are sucking off the system. No, really, y’all do. That is really what you guys do as a party.

Watch it for yourself:

So according to Melissa Harris-Perry, unless you fit her description perfectly, your accomplishments and achievements do no apply to the phrase ‘hard work.’

Paul Ryan will not complete the same tasks in a day or a year that a single mom will. But both will complete their individual tasks laboriously and with an industrious attitude. That is the definition of hard work.

In my world, a hard worker is a hard worker. Class, education, social status, “relative privilege,”–these labels do not change the amount of discipline, character, and diligence required. There is no caveat.

Read about the “hard work” I did to create a life for myself in my upcoming book:

November 4, 2015
Love this Halloween Shoutout to Dionne on Clueless!
Next Post 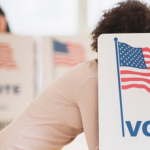 November 5, 2015 How Republicans Can Win Black Votes in One Easy Step
Recent Comments
31 Comments | Leave a Comment
"Hi there, sluggerz.For the purpose of what I talk about re: racism, it's to do ..."
penpusher Snoop Dogg threatens to “roast the ..."
"Can you give your thoughts on slavery worldwide? After all, slavery didn't start in the ..."
sluggerz Snoop Dogg threatens to “roast the ..."
"Hi there Bob Wehadababyitsaboy.The problem we must negotiate, when attempting to have some semblance of ..."
penpusher Haircare ad featuring white girls angers ..."
"Are you some kind of idiot? You think that EVERYBODY doesn't deal with shit like ..."
Bob Wehadababyitsaboy Haircare ad featuring white girls angers ..."
Browse Our Archives
get the latest from
Politics Red
Sign up for our newsletter
POPULAR AT PATHEOS Politics Red
1 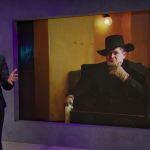