I’m sitting here furious that the President of the United States went to a mosque and apologized for Americans possibly profiling them.

This, in spite of the fact that people who belong to that religion are the ones MURDERING INNOCENT PEOPLE. Anyone who is NOT Muslum.

Not Baptists.  Not Episcopalians.

Terrorists are being recruited from mosques, not synagogues or Sunday School at church.

When the President infers that we are racist against them, he’s just doing what he does best.

I can remember when Obama thought American values were so evil, he was all for “fundamentally transforming” them.

Good to see though that Obama is now perfectly fine with one group of Americans bitterly clinging to their God and weapons. I guess he’s “grown in office” that way, to borrow from the old MSM cliche.

Which is exactly the problem.

Remind me.  WHEN is this administration over? 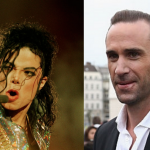 February 3, 2016
Hollywood just threw out the "Caucasian-only card" by casting white man to play Michael Jackson - Thank you!
Next Post 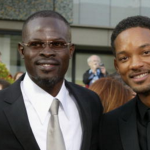 February 5, 2016 How Racially Skewed are the Oscars Really?
Recent Comments
0 | Leave a Comment
"Hi there, sluggerz.For the purpose of what I talk about re: racism, it's to do ..."
penpusher Snoop Dogg threatens to “roast the ..."
"Can you give your thoughts on slavery worldwide? After all, slavery didn't start in the ..."
sluggerz Snoop Dogg threatens to “roast the ..."
"Hi there Bob Wehadababyitsaboy.The problem we must negotiate, when attempting to have some semblance of ..."
penpusher Haircare ad featuring white girls angers ..."
"Are you some kind of idiot? You think that EVERYBODY doesn't deal with shit like ..."
Bob Wehadababyitsaboy Haircare ad featuring white girls angers ..."
Browse Our Archives
Related posts from Stacey Dash