How Racially Skewed are the Oscars Really?

Many in Hollywood are upset with me for not filing in line like so many high-profile actors and actresses have and for not complaining about the lack of black actors nominated for Oscars in the last two years.

But what do the facts and stats say?

TO BE FAIR, ACTORS AND RACE-ACTIVISTS AREN’T VERY GOOD AT MATH, AND HAVE NO INCENTIVE TO BE: How racially skewed are the Oscars?

“In fact, as our analysis of film casts and awards shows, the number of black actors winning Oscars in this century has been pretty much in line with the size of America’s overall black population. . . . Blacks are 12.6% of the American population, and 10% of Oscar nominations since 2000 have gone to black actors. But just 3% of nominations have gone to their Hispanic peers (16% of the population), 1% to those with Asian backgrounds, and 2% to those of other heritage (see chart).”

Let’s calm down, everyone.  According to those silly things called statistics, it seems that if Jada Pinkett Smith should boycott the Oscars for anyone, it’s not her husband and her fellow black actors; it’s for her Hispanic colleagues in Hollywood.

It’s stupid to boycott the Oscars, especially this year: Chris Rock is hosting and we need to go support a black host. 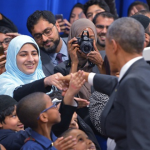 February 4, 2016
Obama at mosque shows he's actually okay with SOME Americans clinging to their guns and God
Next Post 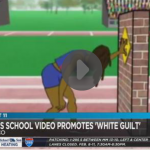 February 10, 2016 White Guilt: how blacks and whites together destroyed the promise of the civil rights era
Recent Comments
0 | Leave a Comment
Browse Our Archives
Related posts from Stacey Dash