Say what you want about Trump — but when it matters, he is the only candidate who puts his money where his mouth is to fulfill his promises to the American people.

In 2011, a Massachusetts mother lost her son as a result of a horrific accident.  A drunk driver hit Matthew Denice’s motorcycle and drug him for 1/4 mile, ultimately killing him.

The brokenhearted mother, Maureen Maloney, aptly points out another cause of her son’s death.  More than a truck and alcohol were involved.

The Independent Journal gives the details of the horrible story and reveals the kind actions of Trump:

Maloney still grieves the loss of her son, but what she says is even worse is the number of politicians who seek to compound the problem that led to Matthew’s death: illegal immigration.

The driver who struck Matthew, Nicolas Guaman, was in the United States illegally.

Maloney assessed each of the remaining Republican candidates (her comments came before Rubio suspended his campaign following loss of his home state in Super Tuesday III).

And who did she choose?

Donald Trump. And it wasn’t because he promised to build a wall, although she said that was appealing. Instead, Maloney cited Trump’s private actions:

“Donald Trump has gone around the country and has met with groups of family members that have lost somebody to an illegal alien and he never publicized it. He met with us…in a private meeting, and he kept it private. He kept it private.

The only way the media may have heard anything about it is if one of us happened to have mentioned it. He gained so much of my respect for that because other politicians that have spoke with me over the last four years—it’s a photo-op or a press-op, it’s always an opportunity for them to be in the limelight: [a chance for them to say] ‘see what I’m doing.’

And then you don’t hear from them again. And Donald Trump did not do that. And it’s not just those of us who lost a family member—he’s doing it with veterans and other people around the country too.”

She says she’s encouraging people to vote for Trump for two reasons: Americans need “a candidate they can be proud to vote for, not just the lesser of two evils,” and she believes a vote for Trump will help ensure that Matthew did not die in vain.

Mother to mother, my deepest condolences for your loss Maureen.  You are absolutely right! We do need a candidate we can be proud of. I look at our leaders and I am not always proud of where we are as a nation. But continued change is one of the greatest payouts of democracy. We, the citizens of the United States, have the power to elect change. America needs a 180, and Trump is the man to get us headed in that direction.

I am proud to back Trump — trusting in his promises and what he will do for this country. 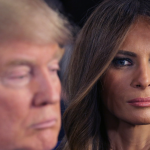 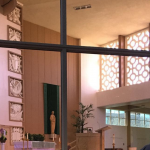 March 17, 2016 St. Patrick's Day is more than "green" fashion - pray THIS and ask God to strengthen you
Recent Comments
0 | Leave a Comment
"Hi there, sluggerz.For the purpose of what I talk about re: racism, it's to do ..."
penpusher Snoop Dogg threatens to “roast the ..."
"Can you give your thoughts on slavery worldwide? After all, slavery didn't start in the ..."
sluggerz Snoop Dogg threatens to “roast the ..."
"Hi there Bob Wehadababyitsaboy.The problem we must negotiate, when attempting to have some semblance of ..."
penpusher Haircare ad featuring white girls angers ..."
"Are you some kind of idiot? You think that EVERYBODY doesn't deal with shit like ..."
Bob Wehadababyitsaboy Haircare ad featuring white girls angers ..."
Browse Our Archives
Related posts from Stacey Dash 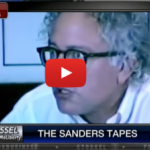 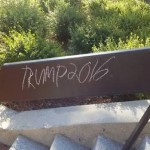