Seems like I wasn’t the only black person to support Donald J. Trump for President after all.  Recently, at a concert, Kanye West came out and said that he would’ve voted for Trump had he voted.  The crowd’s reaction was mixed, but seemingly negative. Some people booed.  Some threw things.  By the end of the night, he’d apparently spent an HOUR talking about his political views.

Here’s how it started:

“I would have voted for Trump.” – Kanye West pic.twitter.com/g9qxaT7aRc

We have only bits and pieces of the speech since it was recorded by Twitter users.  Here’s the part I found interesting:

Kanye says Scooter Braun told him not to come out as a Trump supporter before election night.

Kanye said as a black man and as a celebrity he felt persecuted for supporting Trump, feels vindicated.

I get that, Kanye.  Here’s the thing — we can’t let our voices silenced because we’re afraid of criticism…  no matter when Voting Day occurs! 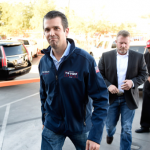 November 17, 2016
Black restaurant owner lost customers because he catered an event for Trump son
Next Post 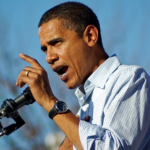 November 22, 2016 To all “Trump Grumps” out there: President Obama has some advice for you
Recent Comments
0 | Leave a Comment
Browse Our Archives
get the latest from
Politics Red
Sign up for our newsletter
POPULAR AT PATHEOS Politics Red
1

Cookie Battle: Not about Pride, About...
The French Revolution
Related posts from Stacey Dash