This is who Should Have Won Best Actor tonight, Sunny Pawar of Lion! Totally Killed It!!

Lol!  This is rich. At the Oscars, Samuel L. Jackson posed with Sunny Pawar of Lion fame, saying he should have won Best Actor.  But Sunny, don’t get too comfortable.   Page Six reports that Samuel L. Jackson — constant critic of President Trump and his cabinet — is NOW complaining that foreign workers are taking American jobs.  Ha!

No, he’s not talking about the blue collar jobs that so many Americans need to put food on the table.  He’s talking about the jobs in Hollywood that go to British millionaires instead of American millionaires.  He is sick and tired of British black people being cast in American black roles. For example, he didn’t like David Oyelowo as Dr. Martin Luther King Jr. in Selma because he didn’t have the proper context to really “get” MLK Jr. like an American would.  (So I guess, Sunny, you’re good as long as you don’t play an American who is FROM Indai – got it?) Page Six reports:

“There are a lot of black British actors in these movies,” the actor told Hot 97 on Tuesday (via The Guardian). “I tend to wonder what ‘Get Out’ would have been like with an American brother who really feels that.”

The satirical horror film, which has grossed over $80 million since its release on Feb. 24, stars British actor Daniel Kaluuya as a young black man named Chris Washington who takes a weekend trip to the country to visit his white girlfriend’s family.

To Jackson, no matter how good of an actor Kaluuya may be, he can’t fully relate to the experiences of black Americans.

Wait – I thought one of Hollywood’s main points of pride is how “international” they are?  I guess that stops once it cost them some money.  MJ Randolph over at Truth Revolt had the word:

What’s next? Is Jackson going to start supporting Trump’s travel ban…  as long as England’s on the list? 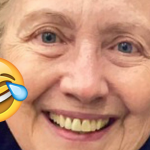 March 8, 2017
17 perfect rebuttals to the ridiculous “Day Without A Woman” protest
Next Post 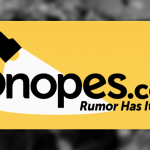 March 9, 2017 Why you can't trust Snopes anymore
Recent Comments
0 | Leave a Comment
Browse Our Archives
get the latest from
Politics Red
Sign up for our newsletter
POPULAR AT PATHEOS Politics Red
1