The Worst Witch: Magical and Entertaining

When I first saw the Netflix series The Worst Witch suggested in my queue, I wasn’t in the mood to watch it. The promotional photo looked a little young for me. I wasn’t sure if I could handle a kids’ series, what with their usual heavy-handed morals and dumbed-down dialogue. But then I got bored and gave in, and I’m so glad I did.

Synopsis: Mildred Hubble, a non-magical girl, makes friends with Maud Spellbody, a witch on her way to Miss Cackle’s Academy for Witches. Mildred soon discovers she is magical, much to her disbelief, and receives a full scholarship to the school. Because of her lack of witch savviness, she’s considered the ‘worst witch’ of her class.

Let’s get one thing out of the way first. The Worst Witch book series pre-dated Harry Potter — the first Worst Witch book was published in 1974. And yet, these two series have so much in common.

Similarities of the Worst Witch, Mildred Hubble, to Harry Potter

There are also several other, unique elements.

Multiple parallels aside, there are several things that are even better than Harry Potter. For one, this series brings a fond matriarchal and feminist touch to good old magical school themes.

I especially like the headmistress and her evil twin, both of which are played masterfully by the ever-classy Clare Higgins. She really nails the different characters. You’ll recognize her from other roles if you watched Doctor Who, Downton Abbey, and Pride and Prejudice’s 1980 version, which some say is the best version. (She played Kitty Bennett!)

I mentioned being wary of heavy-heanded morals. The good news is that I didn’t find a lot of those here. The girls continuously get into trouble and find loopholes to the problems by being clever or brave, and do their best to attempt to save the day.

I’m happy that there’s more backstabbing and biting in The Worst Witch than in Harry Potter. The snotty blonde, Ethel Hallow, does a great job of being both cruel and smart, the latter of which is something Draco never really excelled in. She also shows a kind side sometimes, which is ultimately more realistic than a constantly sneering Malfoy.

I also really appreciate that Mildred sucks at almost everything. We can all commiserate with her when she receives crappy grades and makes potions that blow up rather than having the intended effect. Despite that, Mildred is plucky, and she tries her best. It makes for a good underdog story, especially with such close friends.

Another great part of The Worst Witch is the diversity in the show. Having come from a diverse background myself, I used to feel squeamish about Harry Potter’s mostly white faces. Those movies only really had three students of color that I can remember — Cho Chang, Lee Jordan, and Dean Thomas. But in The Worst Witch, several of the students are not white. Enid Nightshade, one of Mildred’s best friends, is black, and happens to be the daughter of two wealthy rockstar witches. The flying teacher, Miss Drill, is also a person of color. This inclusiveness feels warmer to me, and much more modern and realistic.

If you like cats, you’re in luck! Cats are in nearly every episode. In the second episode, the girls pick kittens and give them adorable names such as Nightstar, Midnight, and Teaser.

Spoiler alert
Mildred’s cat is an adorable, husky, male tabby cat named ‘Tabby.’ All the other witches have black kittens, but the teachers didn’t think Mildred would be admitted to the school, so they didn’t get her a kitten. She makes the best of it.

The special effects are also pretty realistic, too. There are quite a lot in every episode, and they vary from flying on a broomstick to turning different colors, transformations into animals, and a magical duel.

However, I do have one complaint.

I wish that The Worst Witch could’ve championed pagan or wiccan rituals or religions. It’s a complaint I have for the Harry Potter series and my own book as well, although the witches in my book at least have full moon circles. It’s a little strange that the accessories of a once-condemned society (cauldrons, black cats, pointy hats, flying broomsticks, herbology, etc.) are used, but the real heart of the matter is not. Sure, there’s magic, but there’s not magick. There’s a serious opportunity for more depth and wonder here, and I feel this part of the trope hasn’t been overplayed.

In short, I don’t have a lot to complain about when it comes to this show. As much as the concept of a magical school or learning magic can be a predictable trope, The Worst Witch feels both fresh and familiar.

August 29, 2017
Why Everyone Is a Kitchen Witch This Time of the Year
Next Post 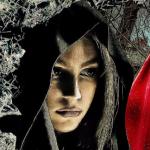 September 13, 2017 This Mabon, Honor the Dark Goddess
Recent Comments
1 Comment | Leave a Comment
"This is a great article, I love it. Thank you."
Dana Townsend Mirror Magic
"I am what I have always called 'hereditary' (both Grandmothers were talented witches, although they ..."
Becky Dillon Born This Way: Witchcraft Comes Naturally ..."
"I agree with many of the Comments here, but one more thing screams out to ..."
Falkenna The Inner Goddess Controversy: We Are ..."
"I gladly identify as an eclectic pagan. I like the word eclectic, both the implications ..."
Laurie Allen Is ‘Eclectic’ An Outsider Term? Rethinking ..."
Browse Our Archives
get the latest updates from
Starlight Witch
and the Patheos
Pagan
Channel
POPULAR AT PATHEOS Pagan
1