I suck at Samhain. I do, however, know how to celebrate Halloween. As an American, I’ve been immersed in Halloween culture since I was a child. I love dressing up, passing out candy, and decorating my house with creepy things that usually stick around until December (if they come down at all). 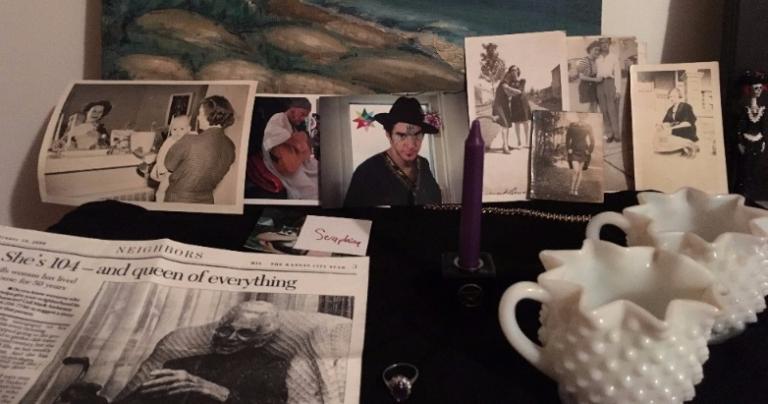 However, I was slightly mortified to realize I’ve been using Halloween to piggyback onto Samhain. I know, they’re so different! I felt like a bad pagan until I spoke with a friend about this.

“Maybe you weren’t called to celebrate Samhain yet, and now you are.”

It made me feel a little better, but I still felt bad. What if my ancestors have been trying to reach out to me for years? Did they feel like I’ve been blowing them off? What if they didn’t know how much I thought about them, when I’d like nothing more than to have a relationship with them?

Probably one of the biggest reasons why I’m so terrible at celebrating Samhain is because I’m a solitary witch. I don’t have a coven with a history of ritual and lore. I don’t have a date on October 31 with a bunch of cool people to celebrate the beloved deceased. I only have what I bring to the table, and it’s a pretty big table! There’s always a lot going on.

Whenever the fateful day of Samhain arrived in the past, all I did was think of my ancestors for a few moments and speak something aloud to anyone I’d lost in the past year. I’m embarrassed to admit I’ve never made an altar for my ancestors or beloved dead.

With each passing year, my list of ancestors and beloved dead grows. This year, I was determined — I wanted to do Samhain right. I resolved to make an altar and start a new ritual tradition.

The first place that came to mind for my beloved deceased altar was an antique dresser that belonged to my great grandmother. She had used it for decades, and I’d been getting some messages from her lately. Her name just popped up everywhere. She had also appeared to my grandmother as a ghost several times, so I thought it was an excellent place to start. I laid down a black cloth, then started looking for photos and heirlooms.

After digging in boxes for a couple of hours, I had eight photos of my ancestors, two photos of deceased friends, and one photo of a pet, and a little card with another pet name. There were also some heirlooms — a golden bracelet from my grandmother, two pieces of milk glass, a painting of a lighthouse that my grandfather made when he taught art in the ’60s; and an amethyst engagement ring that belonged to my great grandmother. 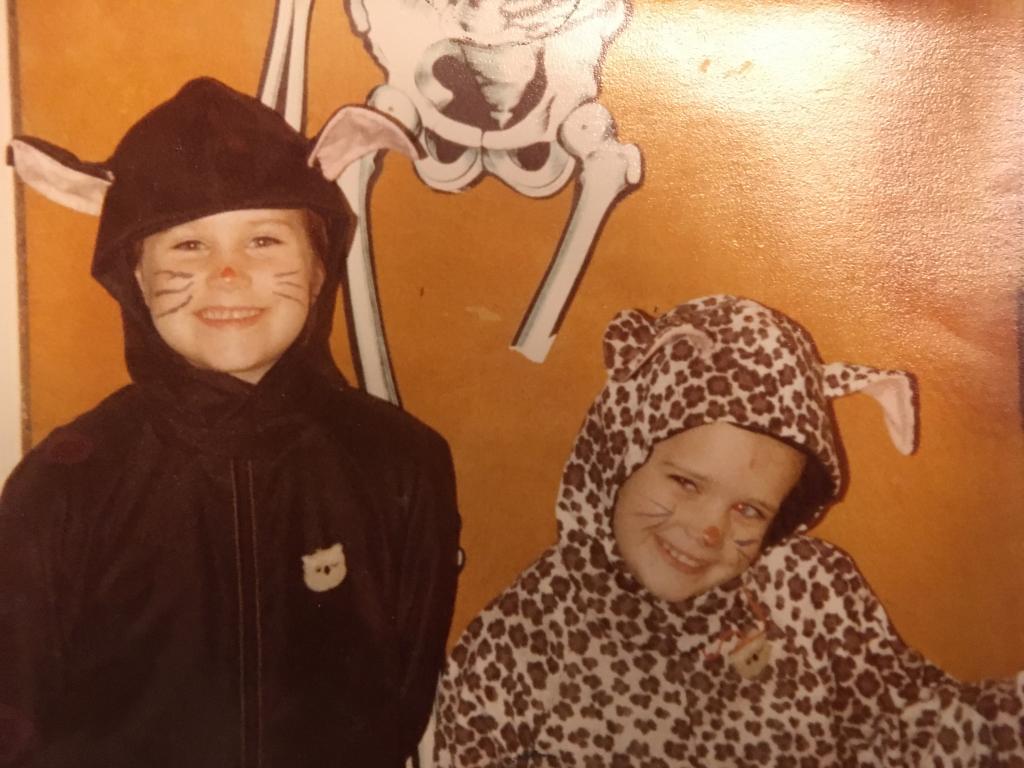 Me and my sister on Halloween.

Concentrating on the memories of my beloved deceased, I lit a candle. So much love emanated from my little altar. It was as if every photo and token radiated warmth and vitality. My beloved deceased embraced each other, laughing, or smiling up at me from the photos. They were living so much in those photos that it was almost transcendent. It was as if they were aware that that very moment would become a living memory of them.

I spoke to them, spilling my guts about how much they meant to me when they were alive, and how much their presence continues to mean to me. I told them I was open to communication and working with them. I asked them to make their presence known in any number of ways.

After I said everything I wanted to say, I asked if they would like to tell me anything. One ancestor grumbled that she didn’t approve of her photo on the altar. She also wasn’t sure what she thought of the ritual. Most were silent, though. I wondered if they haven’t been used to speaking, and the ability to do so had grown weak.

Another photo seemed to come alive. My artsy deceased friend stared at me, his eyes boring into mine with so much love and approval. It was like he was there again, in the same room. I hadn’t felt his presence so strongly for years. We had a meaningful exchange, though only time will tell what will become of it. When everyone else remained silent, I thanked them and blew out the candle.

I plan on repeating this ritual again in the coming days leading up to Samhain. And of course, on Samhain, I’ll light the candle and meditate with them. If I can remember some of their favorite food, I’ll offer that, too.

I’m glad we have a holiday that celebrates our ancestors. While we can’t decide when our loved ones will pass away, we can decide how we will remember them and what part they play in our lives. 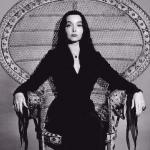 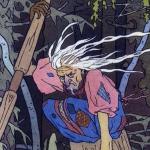 October 16, 2017 Meeting Baba Yaga
Recent Comments
3 Comments | Leave a Comment
Browse Our Archives
get the latest from
Starlight Witch
Sign up for our newsletter
POPULAR AT PATHEOS Pagan
1