Saturday the world was given quite the treat out of Wheaton College.

(Backstory: in December Wheaton placed a professor on administrative leave for a combination of “inflammatory” statements and actions, including wearing a headscarf and saying that Christians and Muslims both worship the same God.)

First, the world got to see the brave faculty of Wheaton standing with their mistreated colleague:

And I do mean brave. When the administration has placed someone on administrative leave it takes a tremendous amount of courage for the faculty to stand with their colleague. Passive aggressive reprisals are likely. 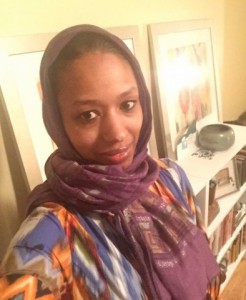 Then, there was a letter from the Provost that got leaked. It was a combination of heartening and ominous.

It was great that that the provost asked for forgiveness for his mishandling of the affair. It was politic for him to claim that he conducted all of his actions within the stipulations of Wheaton’s employment policies. Ominously, he felt the need to stand by his “concerns” that Dr. Hawkins statement raised “important questions.”

In fact, things seemed so hopeful that Christianity Today posted an errant headline saying that Dr. Hawkins had been reinstated. The letter stated that he revoked “Notice of Recommendation to Initiate Termination for Cause Proceedings of Associate Professor Larycia Hawkins” and turned the matter over to Phil Ryken.

As I mentioned on my blog when this was all getting started, Phil Ryken was on the board at Westminster Seminary when Peter Enns was run off. From what I understand he was quite active in those proceedings.

It came as no surprise to me, though I had a glimmer of hope otherwise, that the matter being turned over to Ryken meant that Hawkins’ departure was sealed.

It was only a few minutes after Jones’ letter went out that the next headline builder was a “mutual” decision for Hawkins and Wheaton to part ways.

In case you’re unfamiliar with these kinds of proceedings, here’s an interpretation: Larycia Hawkins was run out.

You Keep Using that Word…

In order to make themselves sound like Christians, Wheaton and Jones kept using the word “reconciliation” to describe their hopes / what they had accomplished.

This is smarmy religious-lingo bullshit.

I apologize for the harsh language. But I have had enough of Evangelical “Christian” administrators wielding power in the manner of the crucifer and claiming the imprimatur of the Crucified for their actions.

If you want to know what reconciliation means, for a Christian or Christian institution, there is one place to look: God was in Christ reconciling the world to Himself.

This did not mean God telling everyone they were cool and then leaving us to our own devices. It meant the most costly (for God–not for us) pursuit of humanity, all the way to the cross, for the purpose of being in intimate, familial relationship with us.

If you run someone out the door you are not reconciled to them.

You have bought them off.

You have tried to make yourself seem nice.

You have put on a good face for the media.

But You. Are. NOT. Reconciled.

Enough of this invocation of pious language to cover evil deeds. We see through your smokescreen of religious piety.

Christian education might have been D.O.A. 75 years ago, but its death is crystal clear now.

There are only so many times that a Phil Ryken or a Gaylen Byker can run off a professor for the preservation of the appearance of being “more fundamentalist than Thou” and have the world respond with, “That was a weird one-off parting.”

No, this is what it means to be in Christian higher ed in the twenty-first century. It means that white dudes with power protect their students from the very education those students are paying for.

This is not the exception. It is the rule.

Question the Republican Party’s Evangelical Christianity’s denial of evolution, and you’re out.

Question the Republican Party’s Evangelical Christianity’s scapegoating of our Muslim neighbors, and you’re out.

Question the Republican Party’s Evangelical Christianity’s entrenchment against gay equality, and you’re out.

The benefit of the doubt is lost. The judgment of charity has been expended. Any school that wants to show that it has academic and theological integrity is now going to have to show it by the diversity of the theological positions that it allows from its teaching faculty. Because now the veil has been lifted. For anyone with eyes to see.

Even that self-proclaimed “Harvard of Christian schools” has trumped theological intelligence for fundamentalist fear. There is no one else to point to. Each school must point to itself and show that evolution, and critical biblical scholarship, and measured assessments of the world’s religions are part of the warp and woof of the academic curriculum.

I welcome any school to give it a shot.

In the mean time, we’ve seen enough to know. You can’t be a scholar with any sort of academic integrity and survive at an Evangelical school. So head to the State U or a mainline seminary to ensure that what you’re paying for is actually an education. 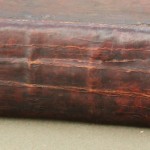 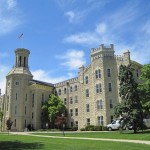 February 8, 2016 Open Letter to Wheaton Faculty
Recent Comments
0 | Leave a Comment
"Here is Larry Hurtado's (R.I.P.) response: https://larryhurtado.wordpr...Hurtado nailed it."
Derek A Man Attested by God: Response ..."
"Quite the contrary, the Christ Myth Theory arguments of Carrier, Price and others have been ..."
Truth Why I Am Still a Christian
"Do your own research; check out Richard Carrier, Robert M. Price, David Fitzgerald, Raphael Lataster, ..."
Spartacus Maximus Why I Am Still a Christian
""Without repentance there is no forgiveness." - Luke 17:4, Acts 3:19, 1 John 1:9"
Ocelot Aardvark Who Can Forgive Sins?
Browse Our Archives
Related posts from Storied Theology