Over the past couple of months the eyes of the world have been trained on Wheaton during its time of crisis. Again and again I have been astounded at your bravery. Whenever a faculty member is being dogged by the administration the power differentials show themselves in sharpest hues. But this has not stopped you from standing by your colleague.

I cannot recall ever seeing a faculty act with such boldness in the face of administrative overreaching as you have acted over the course of the past two months. It seems to me that now is not the time to stop.

For all your wisdom, bravery, and truth-telling, you are still left without a valued, tenured colleague and stuck with the same administration that has brought this disgrace on your institution. While tenure will never mean the same thing at a Christian institution that it does at a secular school in terms of absolute academic freedom, actions that lead to the removal of a tenured African American faculty member over statements that many of the remaining faculty agree with show a gross mismanagement of the institution and say to the watching world that Wheaton is sorely lacking in both theological and academic integrity.

Perhaps it’s time for Wheaton to take a new role of leadership in the Evangelical College world: be the school that relieves its over-reaching administrators of their responsibilities, and replace them with administrators who will show a concern for the faculty and its academic and educational integrity. President Ryken has promised to have the Board look into the events surrounding the departure of Larycia Hawkins. Perhaps the faculty should act to speak together, making sure the Board recognizes the one and only course of action that could have insured that this incident did not happen in the first place and will not happen again: if Stanton Jones is not Provost and Phil Ryken is not president. A vote of no confidence would seem to be in order.

It is critical that nobody be allowed to think that this is a one-off accident for Phil Ryken. He was instrumental in having tenured full professor Peter Enns and Westminster “part ways” when Ryken was a member of the Board of Trustees. And by “instrumental” I mean that he was not simply checking in on the notes of what was happening at the administrative level. He learned well in his service at Westminster how to get rid of a tenured faculty member and he has deployed those skills here. There is no reason to believe that this will not happen again.

Moreover, the letter that Provost Jones sent last week indicated that with his revoking of the Notice to initiate termination proceedings the matter was left in the hands of President Ryken. The responsibility for this failure sits ultimately with him. And Wheaton’s reputation cannot be restored as long as he continues to occupy that office.

In fact, faculty are vulnerable from many fronts. I would not be at all surprised if next week the vulnerable faculty of Wheaton came down with the flu. All of you. It would be quite distressing if all of your classes would have to be cancelled for a week or two. It would be a sobering reminder of how important faculty are for the education of the students whom we love to teach and serve.

The Board has to know that leaving the current administration in place is not acceptable for a school that aspires to the educational and academic standards Wheaton has set for itself. Again and again Evangelical schools have shown themselves to be incapable of forging a better way forward in moments of debate, conflict, and ultimate progress. I believe that Wheaton can do better with you on the faculty, but the world has now seen that you cannot do better under the regime currently overseeing your school.

If there is one thing I care about more than the possibility of academic freedom it is that Christian people and institutions act like Christians. In the parting of ways with Dr. Hawkins the language of “reconciliation” and of growth through “suffering” is being deployed in a manner that is a complete disgrace. The gospel of reconciliation demonstrates that reconciliation means restoration of the family, not exiling of our siblings to the life of a wandering prodigal. The cross of Christ shows us that leading the people of God can never look like crucifying nail of the Roman Centurion or the career-killing pen of a crucifying administrator.

Ultimately it is Christ, not Wheaton, who has been shamed. Christ has been shamed by those who were so eager to protect His name that they destroyed one of his children and ripped apart one of His families. As we see so often in the Gospels through the missteps of the disciples, the lessons of power and privilege are the hardest to learn. Wheaton cannot afford to be led by people who have rejected those lessons entirely.

Our God is a God of justice. You have cried for it over the past month. You have striven to enact it as far is it was within your power to do so. Do not stop now. 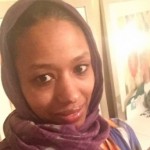 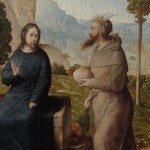 February 9, 2016 Fasting for Lent (or otherwise)
Recent Comments
0 | Leave a Comment
"Here is Larry Hurtado's (R.I.P.) response: https://larryhurtado.wordpr...Hurtado nailed it."
Derek A Man Attested by God: Response ..."
"Quite the contrary, the Christ Myth Theory arguments of Carrier, Price and others have been ..."
Truth Why I Am Still a Christian
"Do your own research; check out Richard Carrier, Robert M. Price, David Fitzgerald, Raphael Lataster, ..."
Spartacus Maximus Why I Am Still a Christian
""Without repentance there is no forgiveness." - Luke 17:4, Acts 3:19, 1 John 1:9"
Ocelot Aardvark Who Can Forgive Sins?
Browse Our Archives
Related posts from Storied Theology